“I don’t ever question the process; I just let it happen,” Jake Loban told American Songwriter.

Over the past year, Loban has been letting that process happen in a backyard-shed-turned-recording-studio (which he aptly named the ‘Red Rose Saloon’) with just his guitar, his harmonica and his voice. Envisioning an artistry based on the rugged truths of life as opposed to flashy gimmicks and marketing ploys, Loban spent this time crafting an album that speaks to a deeper tradition of storytelling music. Released on June 19 and entitled Saloon Sessions, this debut release from Loban shows off his down-to-Earth grit and hard-hitting artistic sensibilities. Of the 10 tunes on Saloon Sessions, perhaps the opening track “Confession” is the best encapsulation of what Loban is all about.

“I’m not exactly sure where ‘Confession’ came from,” he said. “I’m still trying to figure out why I wrote it. I remember listening to an old gospel record on the way home from the bar one night. My friend recommended it to me, which was strange because gospel was something I knew nothing about. When I got home, I couldn’t stop thinking about what I just heard. I sat down at my kitchen table with a drink and the first line of ‘Confession’ popped into my head. The whole song poured out of me after that. I finished it in about 30 minutes. I was surprised when I read it the next day because I had never written anything like that before. I haven’t since.”

For songwriters of all ranks — from hobbyists to legends — where exactly a song originates from remains an elusive mystery. Nevertheless, when that inspiration strikes it is one of the most genuine, full-bodied thrills that one can experience. On Saloon Sessions, Loban made a concerted effort to directly transmit that genuineness, allowing for the songs to retain a more raw and intimate feel.

“Like all the songs on Saloon Sessions, I wanted ‘Confession’ to feel as honest and intimate as possible,” Loban said. “The entire album features solely myself with my guitar and harmonica — I was inspired by Bruce Springsteen’s Nebraska and also John Moreland.”

That intimacy is potent throughout the 10 tracks of Saloon Sessions, but it is also prominent in Loban’s career itself. A humble and authentic artist, even releasing these songs involved a process of creative growth.

“I was hesitant to release ‘Confession’ at first because I thought it was too dark and personal,” Loban said. “I hope people connect with it. Finishing Saloon Sessions was a relief, especially because I was holding myself back for so long. I spent my first few years in Nashville questioning everything I was doing and I couldn’t figure out what my next step should be as a songwriter. I looked to my heroes though… artists who do things their way, on their terms, like Bob Dylan and Johnny Cash. I want to be a true original like them, and I want to keep making albums that I’m proud of. Whatever else happens, happens.” 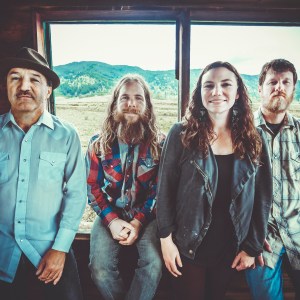 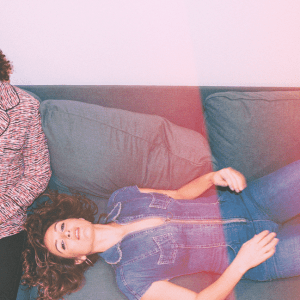