“I’m not sure people understood a lot of what I was writing about,” Bob Dylan said in 2005, referring to his legendary early-’60s run, during which he was crowned “the Voice of a Generation” by the countless critics, reporters, and record-buying Baby Boomers who were looking for a leader to the blossoming social movements of the time.

But perhaps that title was a bit misguided… or at least Dylan might think so.

“I don’t even know if I would understand [my songs] if I believed everything that has been written about them by imbeciles who wouldn’t know the first thing about writing songs,” he continued. “I’ve always said the organized media propagated me as something I never pretended to be… all this ‘spokesman of conscience’ thing. A lot of my songs were definitely misinterpreted by people who didn’t know any better, and it goes on today.”

It’s true that the “iconic” status of Dylan’s early work is undeniable, almost to a comedic level. Songs like “Blowin’ In The Wind” and “The Times They Are a-Changin’” are so emblematic of the spirit of the ‘60s that Dylan once remarked to Rolling Stone, “I own the ‘60s—who’s going to argue with me?” with the caveat that he never “wanted to acquire them” in the first place. Nonetheless, Dylan’s “Voice of a Generation” title holds largely true for many and his relationship with the eventful decade remains… though at times, it’s difficult to tell who owns who. He ended the exchange with Rolling Stone by saying to his interviewer, “I’ll give [the ‘60s] to you if you want ’em. You can have ’em.”

In that same interview, Dylan expressed frustration that he’s always being compared to himself—to the different scenes and accomplishments of his long, decorated career. There’s some credence to this grievance, yet, even he himself is guilty of it from time to time… though, often in the opposite capacity as the media, who all-too-often act as the perpetuators of his nagging reputation. Rather, since as early as 1964, Dylan has made sly nods to the discrepancy between his legend and his actual intentions and ever-evolving artistry… all through songs, of course.

In “My Back Pages”—which dropped in August ‘64—he seemingly refers to his disillusionment with the folk protest movement, casting doubt as to the battle lines of good and bad and distancing himself from the “preaching” he felt he once engaged in, singing Ah, but I was so much older then/ I’m younger than that now. Those poetic lines have echoed through the decades and numerous cover renditions, carrying the somewhat unclear, yet discernibly resonant, sentiment with them.

Then, in 2000, Dylan said something a bit more concrete: “I used to care, but things have changed.”

Written and released as the part of—of all things—a movie soundtrack, “Things Have Changed” is one of Dylan’s finest works, for a variety of reasons (not the least of which being that it could be some of the most illuminative “Dylan on Dylan” commentary to date). Dark, ominous, and brutally honest—though, of course, through a lens of Dylan-esque abstraction—its dueling anxiety and steady-handed composure constitute an inimitable portrait of the man and times that forged it.

According to country star Marty Stuart, the tune’s initial conception might’ve occurred one night when he showed Dylan his track, “The Observations of a Crow” while hanging out in the studio. Telling Stuart that he liked the song and that he “might borrow something” out of it, Dylan’s ultimate composition echoes the laid-back, bluesy bounce of Stuart’s—and the melody is pretty reminiscent too. Likewise, some have noted the tune’s similarity to Leonard Cohen’s “The Future,” which—while featuring a different melody—has a similar feel, progression, and thematic tone, and precedes both songs by a few years.

Still, Dylan’s lyrics, as always, are truly his own… and he really did write the song for a movie, at least to a certain degree. Friends with director Curtis Hanson, he suggested that he might be able to loan a track to the film Wonder Boys. “I learned that Dylan might be interested in contributing an original song, so when I came back from filming in Pittsburgh, Bob came by the editing room to see some rough cut footage,” Hanson recalled. “I told him the story and introduced him to the characters. We talked about Grady Tripp [the movie’s protagonist] and where he was in life, emotionally and creatively. Weeks later a CD arrived in the mail.”

With references to “dancing lessons,” “the jitterbug rag” and dressing “in drag,” it’s clear that Dylan was making some effort to speak to the film since all three elements appear in its plot. Doubling down, he even tapped Hanson to direct the song’s music video, which features a then-59-year-old Dylan appearing in scenes from the film alongside its characters.

To that end, many have observed that Dylan could well be signaling that he relates to the film’s themes, which follow the life of Tripp, a writer who is haunted by his past success as his life descends into more and more difficult circumstances. At the time, Dylan himself was just at the onset of his late-career comeback, fresh off the success of 1997’s Time Out of Mind—up until then, the ‘90s had been a decade defined by an all-time low interest in him and his work. Add in the movie’s elements of self-doubt and stoic hindsight, and you can begin to see how this line of thought makes sense.

On the other hand, in 2005, Dylan remarked how much he enjoyed finally getting out of the limelight. “In the early ’90s when I escaped the organized media, they let me be,” he said. “They considered me irrelevant, which was the best thing that could have happened to me. I was waiting for that. No artist can develop for any length of time in the light of the media, no matter who it is.”

With that, one can’t help but begin to consider what the implications of a freer, more artistically independent Dylan are… and right off the bat, the contrast between “The Times They Are A-Changin’” and “Things Have Changed” stands out as a great place to start. Because let’s face it, things did change, and Dylan surely seems to have noticed. In 2005, he stated: “You are affected as a writer and a person by the culture and spirit of the times. I was tuned into it [in the ‘60s], I’m tuned into it now. None of us are immune to the spirit of the age. It affects us whether we know it or whether we like it or not.”

People are crazy and times are strange / I’m locked in tight, I’m out of range / I used to care, but things have changed, he sings in “Things Have Changed.”

And the spirit of the age “Things Have Changed” was written in wasn’t quite the same spirit of “The Times They Are a-Changin’”—in the 36 years between the two releases, the war-mongering policies and leaders Dylan once spoke out against not only ramped up the Vietnam War but continued through the decades, spreading American military aspirations (and casualties) through the Middle East, Latin America, Africa, Eastern Europe and more. Likewise, many of his sentiments of solidarity and compassion for everyday, working folks have been undermined by decades of austerity-minded governance and increasing cultural tensions. All this to say: it would be a really hard sell to claim that the hopes and dreams of the ‘60s were ever realized.

Though Dylan has never been shy to comment on this phenomenon, and may not have ever fully embraced the standard definitions of the “hopes and dreams of the ‘60s” himself—in fact, he was saying that before anyone really knew what it meant. In 2005, he explained that his song “Masters of War” was never intended to be the anti-war anthem it became, but rather an anti-military-industrial-complex song. “There’s no antiwar sentiment in that song,” he said. “I’m not a pacifist. I don’t think I’ve ever been one. If you look closely at the song, it’s about what Eisenhower was saying about the dangers of the military-industrial complex in this country. I believe strongly in everyone’s right to defend themselves by every means necessary.”

Nonetheless, to say with confidence that a political reading of “Things Have Changed” is the only correct one would probably make me no better than the “imbeciles” who have perpetuated Dylan’s unwanted reputation. I may be an imbecile regardless, but I’ll at least mention that my attempts at finding the tune’s true meaning are nothing more than attempts.

As we’ve heard in Dylan’s own words, he is often misinterpreted, and the actual political commentary of his work may be far less than some want it to be. In fact, if anything, “Things Have Changed” might be his best anti-political song. Think back to the passage at the top of this article about how he reluctantly “owns the ‘60s” then read the lines:

I’ve been walking forty miles of bad road
If the bible is right, the world will explode
I’ve been trying to get as far away from myself as I can

Consider too that in 2014, the song and Dylan himself appeared in a… Chrysler commercial… made for the Super Bowl… and at that point, some of the possible political sentiments begin to look a little flushed…

All in all, there’s a whole slew of possibilities as to what Dylan’s true intentions with “Things Have Changed” are. Yet, maybe there’s a thick layer of poetic beauty to that. 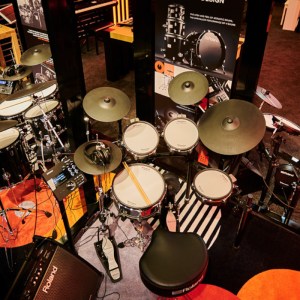