Grief for the holidays.  Not exactly a welcome gift, especially amid the excitement of children shucking off the paper and ribbon husk of toys under the tree.  But it’s that empty chair, that missing stocking, the omitted present that amplifies that loathsome emotion and veils a gray pall over any attempt at unbridled joy.

For Nashville-based singer/songwriter Danielle Cormier, the empty chair belonged to her father whose death cast a shadow over her holidays. Her song “This Time Last Year” (pre-save it) evokes that bereaved emotion and makes it palpable and tangible… and his absence in the midst of the garland, ornaments, and candles can suck some of the joy out of what should be a festive season.

“One less stocking by the chimney / It’s clear that something’s missing,” she sings, accompanied by a lone piano, sounding like a plaintive Sarah Bareilles or a less-perky Vanessa Carlton. “I really love the fact that it is a piano ballad – the first one I have ever released,” she reveals. “It’s simple, giving the words a greater impact. It gives the song the feel of a traditional holiday song while the lyrics talk about how those traditions are gone.”

At the onset, Cormier intended to write a lighthearted standard issue Christmas tune, probably about sugar plums, presents and fluffy snow. “My friend and co-writer, Karlie Bartholomew, and I had decided to write a Christmas song together but hadn’t decided the subject matter yet,” she explains. The song however took a different shape when tragedy struck.

Instead of making the song too pointed and personal, Cormier and Bartholomew decided to open up the wounds and make them more universal. With not only their terrible losses circling around them, the current mortality numbers from the COVID-19 pandemic in the U.S. amplified the communal feeling of bereavement. In addition, though not as difficult or weighty, the effects of social distancing and travel restrictions cause even more depression and loneliness for individuals who won’t be present with loved ones for the holidays.

While “This Time Last Year” was written as an intimate reflection, it encompasses a larger and more universal tone. Cormier adds, “It’s a song about how different the holidays become after losing someone, which unfortunately, a lot of people will be able to relate to this year.”

At a mere 24 years of age, Cormier already has a wealth of experience in her back pocket. The daughter of a former Canadian harness horse racer and an actress/restaurateur, she followed her musical passion away from her sheltered North Carolina roots to the unbridled environments of New York City and Nashville where her connections yielded some eye-opening surprises (Peter Frampton played a guitar solo on one of her songs; she also played alongside country superstars Vince Gill and Trace Adkins).  With an EP (Casino Sessions) and an album (Fire & Ice) in her rearview mirror, she’s hoping to reach even more people and convert them to fans. Perhaps, a sad Christmas song will do just that.

“I hope people will be able to find some comfort in [‘This Time Last Year’],” she replies, thinking that the tenor for holiday music in the coming weeks might gravitate toward melancholy. “Unfortunately with everything that has happened this year, a lot of people will be able to relate to this song. But even if you haven’t had this exact experience, we have all suffered a loss of some sort that this could ring true. It’s a sad holiday song, but sometimes we don’t want to listen to the happy ones.” 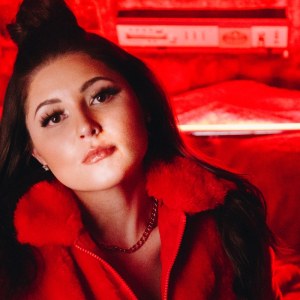 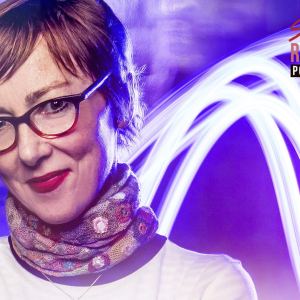