If there’s one word that might define 2020, it’s survival. In the ever-evolving music business, weathering upheavals has always been a popular topic, particularly at gatherings such as the Americana Music Association’s annual AmericanaFest conference, held each fall in Nashville. But in the face of a devastating pandemic that halted live performances — and permanently shut down many of the venues where performers earned their livings — the subject has taken on much more urgency.

It certainly was a focus of the first “Thriving Roots: A Virtual Community Music Conference,” a three-day online event held in place of the 20-year-old AMA confab. Of course, it couldn’t replace the electricity — and sleep deprivation — of a week packed with hundreds of live performances and opportunities to talk shop, network, gain insights and reunite with far-flung friends, not to mention the Americana Honors & Awards presentation at the Ryman Auditorium, always a highlight. But as a mother-of-necessity invention designed not only to bolster the AMA’s own survival odds, but also sustain connections within a still-growing community its members have worked hard to build, it held its own — and even won raves.

Publicist Cary Baker, whose Conqueroo PR company represents many Americana artists, would have attended his 19th AMA conference this year. Instead, he was among the 1,065 artists, industry representatives and fans registered for Thriving Roots, presented by the AMA’s newly formed, education- and fundraising-focused offshoot, the Americana Music Association Foundation. While he missed many aspects of the physical event, including “handshakes and hugs, spontaneous kibbitzing … rooftop parties and the awards,” he noted, “The panels were all good — AmericanaFest panels always are — and they seemed a bit more soulful this year.”

For Nashville-based panelists, that might have been partly because they’d had to endure the one-two punch of devastating tornados that hit parts of Tennessee over the night of March 2 and 3, killing 25 people and causing $1.6 billion in damages, followed by COVID-19 grinding tours — and everything else — to a halt. But, Baker observed, “The triumphant spirit to rise again was inspiring.”

Deana McCloud, executive director of the Woody Guthrie Center in Tulsa, Oklahoma, praised the AMA staff’s “extraordinary” work putting the conference together, adding, “Each of the sessions was important and impactful, and I’m just in awe of what they were able to do with all the content in the pivot to a virtual conference.”

In addition to watching sessions, McCloud led two popular segments. After conducting a virtual tour of “Folk the Vote,” an exhibit exploring music’s role in catalyzing support for campaigns and causes, she interviewed musician and activist Ani DiFranco. She let photographer Henry Diltz conduct the tour of his virtual “Roots, Rock and Rebels” exhibit, a survey of some of the rock era’s most iconic images — and the stories behind them.

Mary Jurey, chief business officer of Blue Élan Records, said during previous AmericanaFests, she’d always focused on attending performances by new or favorite artists. Although Thriving Roots featured several recorded “music breaks,” Jurey observed, “There was much less focus on bands performing. I felt it gave more depth to the [conference] being able to listen to these intimate conversations between artists I love, and really get to learn about what motivates them or is helping them through this time of crisis.”

She also noted “an underlying theme of social justice and activism.” Several panels and conversations focused on diversity and inclusion; the Recording Academy even presented a panel titled, “Embracing Diversity and Inclusion in the Music Community.”

In conference chatrooms, attendees lavished praise on the setup and content, and especially loved the ability to view any segment on demand. Commenters frequently mentioned their hope that on-demand access to programming segments, and some type of virtual component, will both be included in future conferences.

Perhaps the mood was summed up best by Stevie Smith, executive director of the Americana Music Association UK. “I wasn’t sure if this was going to feel like we were all together for AmericanaFest,” she admitted, adding, “But I need not have worried — what an amazing few days it’s been. … I feel the future of this community internationally is so strong and I’m honoured to be part of it.” 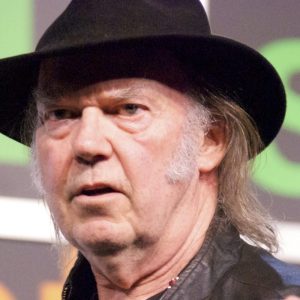 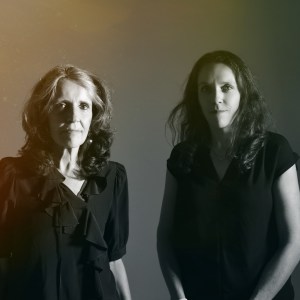