He’s best known as one-third of Peter, Paul & Mary, the legendary folk trio who merged the songs of Pete Seeger and Woody Guthrie with the new songs of Bob Dylan, Laura Nyro, John Denver and others, and had Top 40 hits with them. They recorded the brilliant new songs emerging, such as Dylan”s “Blowing in the Wind” and Laura’s “And When I Die” before the world had heard them.

Of the three, Paul was like the George Harrison of the group in being the most mysterious, and toughest to define. Mary was the beautiful blonde with the golden voice, “an angel with two cellos playing guitars,” as she was described in the liner notes of their debut album.

Peter Yarrow was the most forthright, molded in the Pete Seeger school of singer, songwriter, musician, scholar of folk and protest music and activist. But also a gifted songwriter who wrote “Puff The Magic Dragon” (with Lenny Lipton), “The Great Mandella” and other great songs.

But Paul wasn’t even truly Paul. Paul is his middle name, used because it sounded better with Peter and Mary. But he was always known by his real first name, Noel. He started out in comedy before music, and was a gifted, somewhat wacky comedian, and great at imitating the sounds of odd things On Peter, Paul & Mary’s 1964 album In Concert is “Paultalk,” a wonderfully inspired comedy routine.

His songwriting was singular as well, and though rooted in the folk-rock genre that they helped define with their success, they were more rock then folk in both sound and content. That became evident in funny timely anthems, such as “I Dig Rock & Roll Music,” his first foray in that direction, both funny and inspired. “Apologize,” from their 1968 album Late Again, was another unexpected tuneful treasure reflecting this spirit of expansion.

Then in 1971, Peter, Paul & Mary each made solo albums, which emerged all at once. Peter’s was called Peter, Mary’s was Mary, and Paul’s album was Paul and. Of the three, only his has a funny title, which seemed right.

Paul and was one of the great unexpected delights of that time, an absolute masterpiece of songwriting. It’s his Abbey Rpad. Brilliant, funny, singular songs, all beautifully melodic. It shared that brave, joyful and boundlessly tuneful spirit of The Beatles, and also Nilsson and Donovan, and was endlessly delightful to hear, especially from this iconic folksinger.

When I had the great privilege of interviewing Peter, Paul & Mary all at once in 1992, I asked each about songs they wrote themselves. With Paul, we spoke first of his most famous solo song, “Wedding Song,” and also the beautiful “Sebastian.”

I’d always been delighted by his song “Edgar,” an exultantly enigmatic Zappaesque gem from his 1973 live album, One Night Stand. I loved the bizarre, funny lyric – about California – though I never had a clue what it was about, or who this Edgar might be.

But when I named that one, his eyes lit up in surprise. “Goodness gracious,” he said, “you do know our songs! No one has ever asked about that song.”

He then answered about the secret heart of the song.

“Edgar was Edgar Cayce,” he said, “who predicted that the West Coast would fall into the ocean sometime before the year 2000.”

Oh, the fishermen are sailing in Nevada
And Howard Hughes had done it once again
The volcanoes in Alaska were depressing in L.A.
And what was left of San Francisco slid into the bay

Edgar
Did you ever
Really feel the California slide? 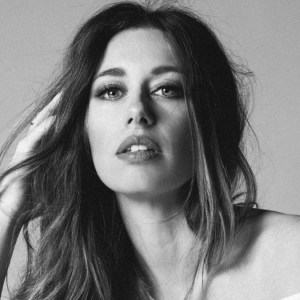 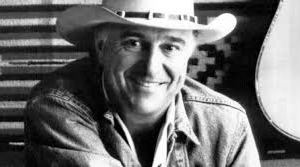