An Instrumental Elegy from the Heart for his Brother from The Best of Tommysongs.

American Songwriter is proud to bring you this new song from one of our favorite artists, the amazing Tommy Emmanuel. Not only is he considered one of the greatest living guitarists, if not at the very top of that list, he’s a wonderfully lyrical songwriter. Sure, his songs are instrumentals, but Tommy always sings through the strings of his guitar the shining, poignant melodies of his songs, and his meaning comes across.

“I write stories without words,” he says. Listen to this, and you’ll understand immediately how true that is.

This wordless tale is about the forever love he feels for his brother Phil, written in the hours after getting the news that Phil was gone. Also an astounding guitarist, Phil was the soloist on electric guitar, “absolutely shredding,” as Tommy said. Though they evolved into very different players, they learned the instrument in tandem when they were kids, challenging each other to always reach higher, and take on more. With the exception of his hero, Chet Atkins, Tommy has said that nobody ever impacted his musical soul more than Phil. Receiving the news that his “irreplaceable partner” was gone was not easy for this big-hearted man, who responded the best way he could, after taking care of his family. He wrote a new song.

“When I got the shocking news that my closest brother had passed away,” said Tommy, “I went into support mode for the rest of my family. We all talked for hours until I had to sleep. When I woke up, I got a different view of my irreplaceable partner.

“I started to see that I watched him struggle a lot in the last ten years of his life, not just with his health but in his musical life as well. Somehow, I felt a sense of relief that he didn’t have to struggle anymore. I felt compelled to write this song. I loosely based it on the theme to Crocodile Dundee, the movie in which the main character could have easily been modeled after my brother.

“On Phil’s gravestone are the words, ‘Sail On, Beautiful Soul.’ Rest easy, and no smoking in heaven.”

Tommy’s origins in this business called show are as singular as his miraculous guitar abilities. Though he’s been famously solo for years now, he started out professionally playing at the age of six, in a family band first called The Emmanuel Quartet (before being renamed The Midget Surfaries, and then The Trailblazers.)

Tommy played rhythm to Phil’s blazing leads, with their brother Chris on drums and sister Virginia on lap steel.

“I was the accompanist,” he said. “We traveled around Australia and won a few contests and got on TV. That’s what kind of kicked things off. When you’re a kid and dreaming about show business, it’s all very exciting.

“[Phil] taught me so much right from the start,” he said “He showed me how to recognize song keys, chords, harmonies, how to get a sound that worked, how to stay out of the way on stage and when to step forward when I had something to say, musically or otherwise.

“He was a walking contradiction and a dreamer, but mostly, a loving kind, concerned brother. We shared everything, and he taught me about kindness, giving, listening, how to love people as they are.”

“We spent so many years travelling, playing shows, setting up, packing up, sleeping in little cheap motels and pubs, all because we loved to entertain people and have fun.”

“Now, sixty years later, I think of myself as being in the happiness business, and that, to me, makes for a great job.”

That happiness is preserved forever on his records, and in the resplendent heartsongs that sing from his guitar. “Sail On” is one gem among many on his newest album, The Best of Tommysongs, which comes out on May 8.

Written, performed, and produced by Tommy, “Sail On” is played on his TE Personal Custom Maton. The video was directed and edited by Joshua Britt and Neilson Hubbard with Neighborhoods Apart.

The Best of Tommysongs is a double album that features some of Tommy Emmanuel’s greatest songs,
some of which he’s been playing for over 30 years, including “Angelina,” “Lewis & Clark,” and “It’s Never Too Late” along with fan favorites such as “Mombasa” and “Train to Dusseldorf.” There are five brand new songs including the heart-thumping “Fuel” and the beautifully melodic “Song For A Rainy Morning.”

Order “The Best of Tommysongs” here. 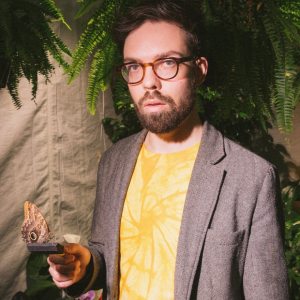 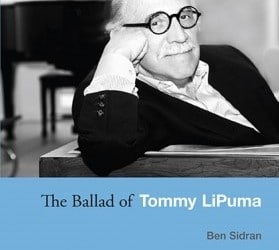