Before everything, there was the music. His first memory is of a record revolving on an old record player. Before he could read he could play guitar. He took to it instinctively, as if it were a natural extension of his own body. He never took lessons because he didn’t need them. With a handful of chords his mom first showed him, along with his partner in time, big brother Phil, he was no regular kid anymore. He was a musician. And not just any musician; he was a guitarist.

It was a sudden realization which barged into his young consciousness unlike anything else ever. So insistent was this bold spirit that never was it questioned. Music was always elemental in him, as natural as breathing. Discovering how to play for him was much more like remembering a skill than learning one, not unlike diving into a deep river for the very first time and discovering you could swim.

Tommy, though, rarely swam alone. He dove into that river from the very start with his elder brother Phil. Music for them was very much about discovery in tandem.

Born in 1955 in Muswellbrook, New South Wales Australia, Tommy spent his first three  years doing very little, outside of mastering necessary motor skills like walking.  It would be the last uneventful span of years ever. At four he started playing and never stopped.

At first music was a  secret and illicit endeavor, and one he shared intimately and passionately with Phil. Their mom, who played Hawaiian music on lap-steel, had shown them both a few guitar chords to accompany her.

But their musicianship was kicked into a higher gear by their father, though unknowingly at first, when he came home one night with an electric solid-body Australian-made Maton. He  was an engineer, though, and not a musician, and much more interested in the guitar’s mechanics than its music.

“He promptly pulled the guitar to pieces to see how it worked,” Tommy said. “He was curious about everything. He pulled it to pieces and saw how it worked, and then he tried to play it. But he couldn’t play anything, and so he just kept the guitar under the bed. And it was a really nice guitar.”

Though it was strictly forbidden, Tommy and Phil could not resist playing that guitar anytime their dad was away.

This went on for some while, until it was ended forever when their father came home early one night and caught them in the act. His reaction was one of those key moments in Tommy’s life, and one that said so much about his dad. Instead of getting angry, which seemed inevitable, he smiled. He had no idea his own sons were musicians, and he was impressed.

As Tommy recalled, “He said to me,. “Oh, so you can actually play that?’

He laughed softly, and with that famous Tommy twinkle in his eye, added. “I thought I was going to get a whoopin’, but I didn’t. I got a guitar instead!”

It was not the first time that his dad, beaming with great parental pride for Tommy’s talent and passion, would do something nobody expected.

Both Phil and Tommy were strong players from the start. But very quickly they evolved into astounding ones. Their natural sibling rivalry created little competitions, all of which bolstered these talents profoundly while also having fun.

“We invented a game,” said Tommy, “where we turned our backs to each other, and Phil would play a chord and then I would have to say what the chord was, what the notes in it were, what inversion if was, and all that. Then I’d turn my back and do the same, and he’d have to identify the chord. We became really good at that game. That’s how we developed our ear.”

It was competition which impacted his entire career, allowing him access to the rich interior architecture of songs. Though neither brother had any formal musical training, in tandem they trained themselves both to become seriously sophisticated musicians. It is knowledge he’s carried with him always, as it’s allowed him to forge his remarkable reinventions of famous songs. It’s always been about the singular power of melody, which he sings through the guitar while simultaneously wrapping these songs in chromatic rainbows of chordal textures.

Encouraged by both parents, and galvanized primarily by this shared passion between Tommy and Phil, a family band was born. With oldest brother Chris on drums, sister Virginia on lap-steel, Phil on electric lead and Tommy on rhythm guitar, they became a real band. First they were called The Emmanuel Quartet, but as everyone assumed they must be a string quartet, their father renamed them The Midget Surfaries.

And then they got to work learning songs. This was work Tommy loved more than anything. That union of work with joy is something not everyone knows in life. But it defines the man, and has been a key element in his music, his shows, his performances, even his interviews, since the start.

For quick proof of this, watch this 1999 live performance by Tommy and Phil. On record you hear the miracle virtuoso playing, and it is staggering. But what you don’t get is the laughter between the brothers, the joy. Seeing this made it easier to understand their bond. It was about music, of course. About seriously great musicianship. But it was always about the thing that launched this journey in the first place. The fun. The joy of two brothers cracking each other up, as if it was still a fun childhood game, even while ascending to great heights.

Except for Chet Atkins, there is no other musician who impacted his music, and life, more than Phil, who evokes both gratitude and exasperation in Tommy..  “I stole everything I could from him,” he said. “My brother was the most generous person I ever heard in my life. But he was a walking contradiction. He was the most loving and kind person I’ve ever known. Yet did he have any sense in him? No.”

Unlike most musicians who toiled in solitude for years learning and perfecting their instrumental expression before ever bringing it out into the open, Tommy did it always with Phil during those first, most formative years. Together they listened to and learned everything either of them found worthwhile. It was a team effort.

These included popular instrumentals of every kind. These brothers had open minds, ample ambition, and a constant intense though loving rivalry which inspired both to get even better. Every kind of music was welcome if it got them excited, and none beyond their reach. None for long anyway. They prided themselves on figuring out quite complex songs by ear, and then mastering them to perfection. These songs ranged from “La Paloma” to “Hava Nagila” and to every charged guitar instrumental then popular, such as “Apache,” “Walk Don’t Run,” and “Guitar Boogie.”

It was The Shadows, from England, who influenced them more than any other band, and offered the brothers not one but two perfect role models to emulate.

“They had such beautiful sounding records,” Tommy said. “Phil really modeled himself on the lead guitar player, Hank Marvin, and I modeled myself on the rhythm player, Bruce Welch. “

The Midget Surfaries entered a band competition. It led them to the first sign that music for them was more than a lark. So great and joyful was their performance that they easily won first prize. The award was a big one: an appearance on a national TV show. These midgets were on their way.

Their dad was thrilled by this show-biz dream of hitting the road with a real band. He didn’t hesistate for a moment to agree to drive them all the way to the TV studio in Brisbane to do the show. Immediately he started loading up the car and readying his excited and somewhat surprised passengers.

The next day he drove them non-stop to the studio in Brisbane, a twelve-hour drive. On the show they triumphed, as if they had performed in front of camera their whole life. That great joyful musicianship came alive, and they rocked “Apache” exultantly. An American TV producer who was visiting Australia was in the studio during the performance, and was staggered by how great, and professional, was this band of kids. He went up to their father and said, “Your kids have talent and they need to be heard. You need to get them on the road.”

“My dad really took that to heart,” Tommy said. They drove the twelve hours back home, at which time his parents had a private summit. Moments later his father emerged with the life-changing news:

It seemed to be a dream, yet it was true. There was one part of the equation, however,  which they didn’t learn until a few years later. Their dad had an incurable heart disease. “His doctors let him know he should go and do whatever he wants, because he could go at any time.”

The kids didn’t know that at the time, however, and became a traveling band in two station wagons. Some six years on the road ensued, but a couple times they had to stop, as their father was too ill to continue. During these times they had almost no money or food, and the boys took day jobs picking crops to bring in some income.

His dad’s condition worsened, having a heart attack that left him paralyzed and forced the show to stop for months. His next heart attack killed him, which shocked Tommy.

“He left to go to town,” Tommy said, “and never came back.”  His mother grieved for four days in her bedroom, after which she emerged with the question: “Well, do you want to stay here and have a normal life, or do you want to go back out on the road?”

Without hesitation they all chose the road. They soon signed up with a successful traveling show, which kept them gainfully employed for a stretch until the child welfare department forced them off the road again for what was perceived as child labor. “They forced us into normal schools.”

But normal was not something Tommy accepted for long.  Though they settled down then in a little town a few hours west of Sydney  in a relatively normal life, attending public school, the brothers quickly assembled a little rock band, playing pubs, parties,  weddings, and dances. One thing he learned on the road and never forgot was that he loved performing. And he was great at it.

“I really enjoyed that people lit up when I played,” he said. “And that helped me be less shy on stage. The more people responded to me, the easier it got for me.”

END OF PART ONE.
See Part Two here:
Tommy Emmanuel: Inside the Joy. 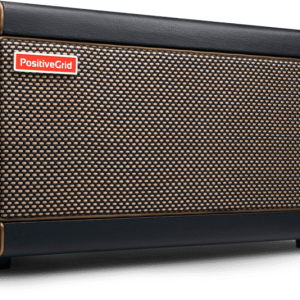 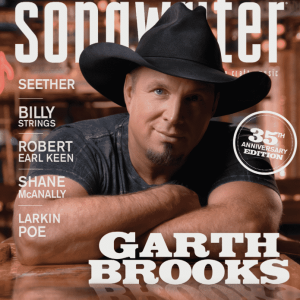