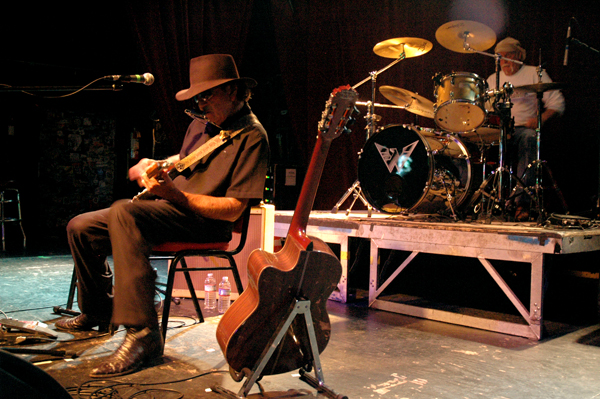 A young woman dances seductively in front of Tony Joe White at the Exit/In in Nashville, Tennessee. She extends her arm, snaps photos and videos on her cell phone just inches from his face. But the Swamp Fox doesn’t seem to mind.

Tony Joe White’s music has a grinding, sexual heat, and his fans tend to groove slowly to his guitar’s rhythm, while the rest of the band – a sole drummer – keeps a rock steady country backbeat.

A few days after the show in Nashville, White, over the phone from his home in Leiper’s Fork, twenty-five miles south of Music City, explains his live show.

Not having a full band also works better without a setlist, anyway.

“I never know what I’m gonna do and people start hollering out things,” he says. “If you had four or five pieces on stage, and all a sudden you wanna do a tune like ‘Willie and Laura Mae Jones,’ [the band is] really gonna have to know the chords.”

The two-piece guitar-drummer approach might remind younger listeners of other groups. After a big festival gig in Melbourne, Australia, a few years back, a young woman, accompanied by a young man, approached him after his set.

“She said, ‘We do what you just did on stage, you and your drummer. This is my brother and we’re the White Stripes’.”

White says he feels a kinship with his fellow Whites, even though their musical origins are different. “It’s raw, I like [the White Stripes] on stage. They’re not down in the swamps, but they are raw.”

White grew up the swamplands of northern Louisiana, the son of a cotton farmer, and he’s maintained a rural identity and affection for the woods throughout his life. He first started writing songs after he heard Bobby Gentry’s “Ode To Billie Joe,” in Corpus Christi, Texas, while he was working the club circuit as a blues guitarist and singer.

“Man, that is so real, I am Billie Joe. I know that life,” he thought about Gentry’s anthem. “If I ever write anything, I’ll write about what I know and it will be real,” White resolved.

Within a short while, he had penned two classics, “Polk Salad Annie” and “Rainy Night In Georgia.” Both told vivid stories that were true to him. His mother had fed him polk, which grew around the cotton fields near his home, and he’d spent time in Georgia with his sister, staying inside to practice guitar when it rained.

Now, at age 67, White has again drawn on what’s real to him for a new album called Shine. The album deals with themes like childhood nostalgia, age, and alienation. On “Long Way From The River,” the singer feels out of sorts in cosmopolitan Paris, France. On “All,” he sings of a youthful lover and pictures her jumping into the river, though he says the song is an amalgamation of memories. In the song’s chorus, he sings, “I walk these rooms late at night/Trying to place the call/I can still hear your footsteps/Echoing down the trail home.”

On Shine’s most beautiful song, the final track “A Place To Watch The Sun Go Down,” White vividly describes the place where he builds a fire, plays guitar and works on songs each evening at home.

The feeling behind the song “Roll Train Roll,” White says, is about freedom. “At a certain time in your life, sometimes you just need to move,” he explains of the song’s refrain, “I don’t care where it’s going/ I just need to ride.”

Fittingly, for a man alternately content to make a fire and watch the sun go down or to play the audience’s requests night after night, White is heading out on a tour of the Southeast and Midwest to promote Shine over the next few weeks.

On the first show of the tour, in Nashville, the woman who had earlier snapped photos, gets up close again and whispers something to White. He nods his head, smiles, and he and the drummer launch into “Willie and Laura Mae Jones.” 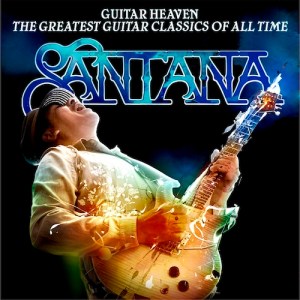