Miranda Lambert’s music is a near-perfect blend of salty and sweet. As one of the most revered songwriters in modern country music, early songs like “Dead Flowers” and “More Like Her” were clear indicators of her lyrical prowess, with hits like “Gunpowder & Lead” and “White Liar” turning her into a superstar. All of these and more are included in our list of top 10 songs by Miranda Lambert.

Though it’s one of the few songs Lambert didn’t write, “The House That Built Me” is just as memorable as the ones she did. The song (written by Tom Douglas and Allen Shamblin) strikes a chord, gently pulling at the heartstrings with the lyrics that are a perfect blend of nostalgia and melancholy, her voice accomplishing the same feat.

Lambert makes you feel like you’re walking alongside her as she wanders through her childhood home, taking a walk down memory lane in the place that built the foundation for her life. It’s easily one of the singer’s most beloved hits and could be argued that “The House That Built Me” is one of the best country songs ever, Lambert’s magic contributing to its legacy.

I thought if I could touch this place or feel it
This brokenness inside me might start healing
Out here, it’s like I’m someone else
I thought that maybe I could find myself
If I could just come in, I swear I’ll leave
Won’t take nothin’ but a memory
From the house that built me

Lambert only needs a soft acoustic guitar and her gentle voice to break one’s heart with this devastating story. Penned in the wake of her divorce from ex-husband Blake Shelton, Lambert channels the heartless character of the Tin Man in The Wizard of Oz into her real-life sorrow.

Purely haunting, you can almost feel her heartbreak as she quietly sings, by the way there, Mr. Tin Man / If you don’t mind the scars / You give me your armor / And you can have my heart. “Tin Man” is country songwriting at its finest, capturing Lambert’s genuine nature through song.

Hey there, Mr. Tin Man
You don’t know how lucky you are
You shouldn’t spend your whole life wishin’
For somethin’ bound to fall apart

The brilliantly clever track penned by Kacey Musgraves, Brandy Clark and Shane McAnally is just as brilliantly brought to life by Lambert. Taking on the persona of an unhinged woman bucking against the traditional expectations of how a lady should behave when coping with heartache, the singer is nothing but fun in her delivery. Wild and free never sounded so good, quickly solidifying itself as one of Lambert’s best.

Go and fix your makeup girl, it’s just a breakup
Run and hide your crazy and start actin’ like a lady
‘Cause I raised you better, gotta keep it together
Even when you fall apart
But this ain’t my mama’s broken heart

Lambert proved herself a woman not to be messed with on “Gunpowder & Lead.” Here, she stands up against a domestic abuser and asserts she’s not afraid of a fight. Case in point: when she sings, his fist is big / But my gun’s bigger / He’ll find out when I pull the trigger. She shows herself to be a fiery woman who can take care of herself, and you’d be hard-pressed to find a song that demonstrates that better than “Gunpowder.”

I’m goin’ home, gonna load my shotgun
Wait by the door, and light a cigarette
If he wants a fight, well, now he’s got one
And he ain’t seen me crazy yet
He slapped my face, and he shook me like a rag doll
Don’t that sound like a real man?
I’m going to show him what little girls are made of
Gunpowder and lead

“Dark Bars” is an underrated gem in Lambert’s illustrious catalog. The second to last track on her 2019 record, Wildcard, Lambert teamed up with all-star songwriter Liz Rose to pen this forlorn track. Here, the bold and brash singer takes us into the depths of a dive bar, taking notice of the “invisible stranger” and an “old jukebox junkie.”

Upon close examination, it’s also a song about loneliness and a desire to escape reality, as Lambert admits she finds solace in a place where nobody knows me / where I can be lonely. It demonstrates her immersive storytelling, making for one of her best.

I’m not in pain, I’m not on pills
But I’m still hanging out in dark bars
On the barstool for the cheap thrills
Watchin’ drunks all drown with no lifeguard
‘Cause I know a thing or two about broke hearts
Neon truth can hit real hard
In a dark bar

“Dead Flowers” is a deep cut that’s long been a fan favorite among Lambert’s fanbase – and for good reason. For one, it demonstrates her imagery-based, detail-oriented style of writing. This heartbreak ballad sees the singer comparing a love that’s ended to the dead flowers her former lover gifted her and a string of Christmas lights with broken bulbs that have lost their glow. The song leaves the question of Alfred Lord Tennyson’s age-old adage lingering – “it is better to have loved and lost than never to have loved at all.”

He ain’t feelin’ anythin’
My love, my hurt or the sting of this rain
I’m drivin’ through a hurricane
All he can say is, “Man ain’t it such a nice day?”
Hey, hey, I guess we’ll just go to waste
Like dead flowers

Following the success of feisty singles “Kerosene,” “Famous in a Small Town” and “Gunpowder & Lead,” Lambert established herself as a force to be reckoned with, a point she further proved with “White Liar.” The Texas native quickly grabs one’s ear telling the tale of a cheating lover. Ever the creative writer, Lambert adds a twist at the end, admitting that he wasn’t the only one cheating, as it turns out she’s a “White Liar” too. The song is lively and immerses the listener in the narrative with specific details and potent imagery, showcasing what makes her such a compelling songwriter.

Hey, white liar
Truth comes out a little at a time
And it spreads just like a fire
Slips off of your tongue like turpentine
And I don’t know why, white liar

Co-written by Lambert and then-husband Shelton, the heartbreaking song was inspired by Shelton’s older brother, Richie, who was killed in a car accident at the age of 24. Shelton was 14 years old when Richie died. Lambert beautifully captures the mournful nature of the song without being over the top. The magic is in her subtlety, letting the lyrics lead with visions of Shelton and his brother opening gifts on Christmas morning to ultimately seeing his brother’s headstone, all while reflecting the delicate nature of fleeting time.

It really sinks in, you know, when I see it in stone
‘Cause you went away
How dare you?
I’ll miss you
They say I’ll be okay
But I’m not going to ever get over you

While Lambert is known for her scorching songs, she takes a more hopeful tune with “Bluebird.” Here, she looks on the brighter side of life even in its most disappointing moments, quipping that if love keeps giving her lemons, she’ll make the most of it by mixing them in her drink.

In addition to the positive tone, Lambert allows her lyrical prowess to take center stage as she cleverly sings, I’m a rhymer / I can turn twenty cents into a ten / And if I get confused, and I start to lose / I rhyme a dime ’til it all makes sense. No matter how dark the world gets, the singer vows to keep shining the light in her soul, a beautiful lesson that’s worth following.

There’s a deep sense of sadness that lingers in “More Like Her,” an art that Lambert has mastered. Like “Dead Flowers,” “More Like Her” is a beloved single on her sophomore project Crazy Ex-Girlfriend. She may be soft-spoken with her voice, but the same can’t be said for the lyrics, as Lambert chronicles a love gone sour, but she’s not bitter.

Reading between the lines, it’s clear that Lambert didn’t sacrifice her integrity to please her former lover. With just a somber guitar and her sweet voice, Lambert proved with this early gem that she already knew how to craft a good, solid country song. 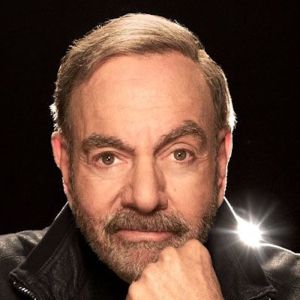