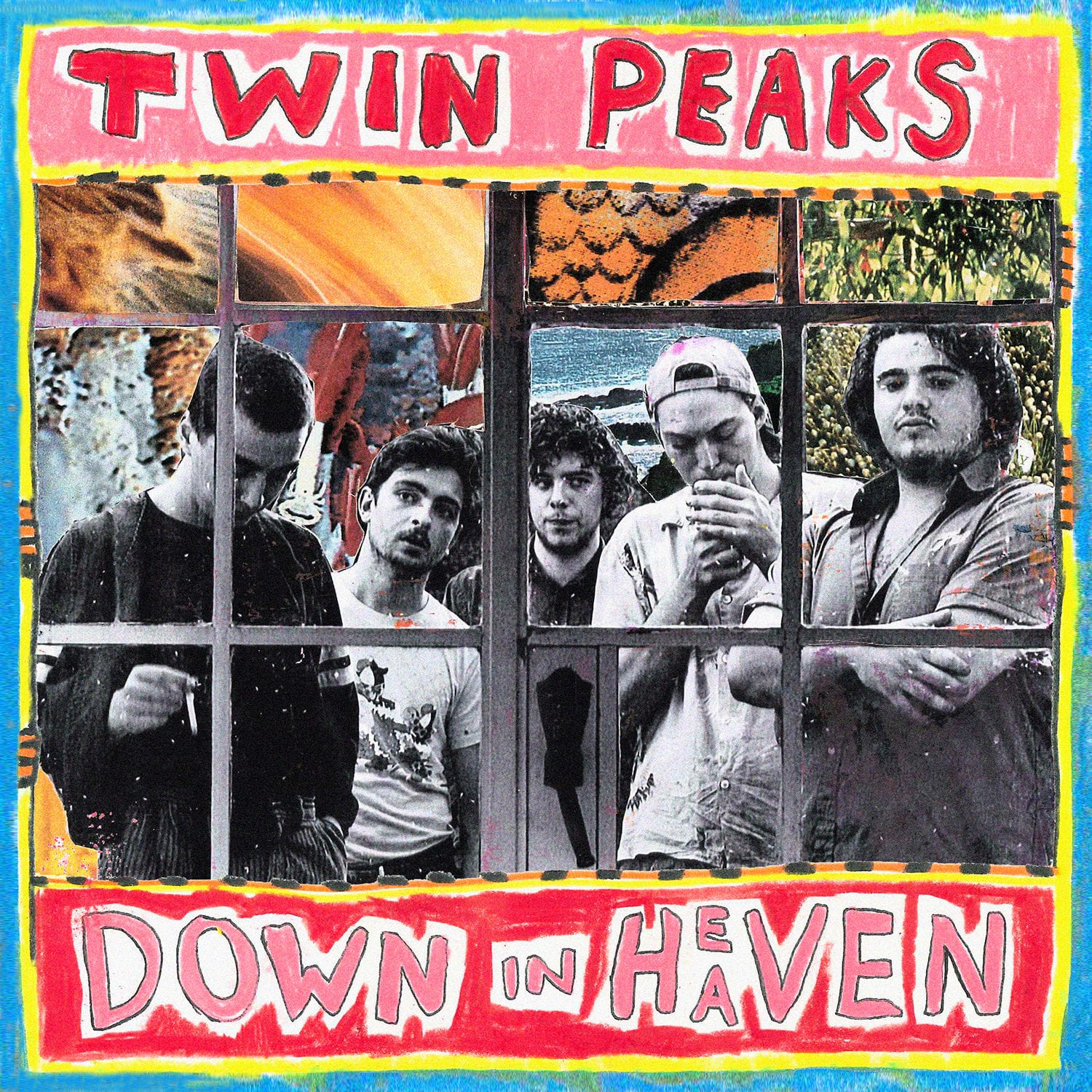 50. Twin Peaks, Down In Heaven

When it comes to the catchiest songs of this year, Twin Peaks’ “Walk To The One You Love” is easily high on the list. The opening track to their third album Down In Heaven is effortlessly buoyant and made to stick around –- after repeat listens, it’s a lot less joyful than it immediately lets on. There’s a timeless appeal to the Chicago quintet, fusing classic rock devotion with a devil-may-care energy that’s impossible to resist. Vibrantly-textured production and bold arrangements bolster other album highlights including “Holding Roses” and “You Don’t,” two not quite-carefree odes to love that isn’t all that romantic. — KATIE CHOW 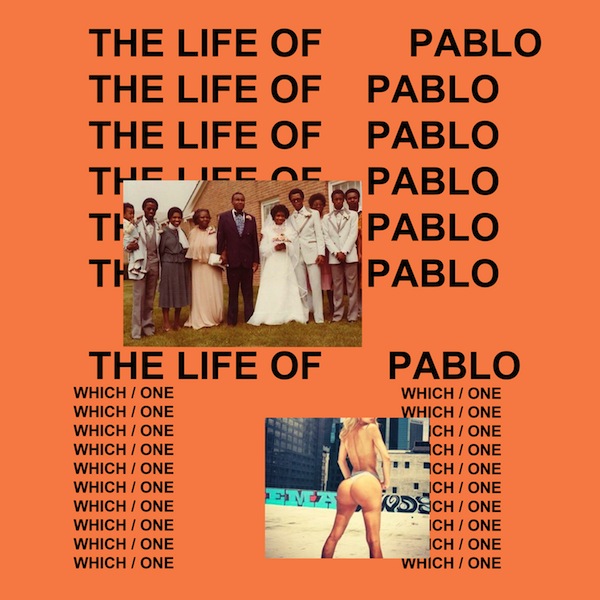 Hands down the year’s most protracted release, The Life of Pablo involved a labyrinth of tweaks and changes that unfolded in public. These tweaks included, but weren’t limited to, a tie-in with the Yeezy Season 3 clothing line, an exclusive album on Tidal and a new deluxe 20-track edition. It’s the latest example of West’s willingness to reject and reshape the way art interacts with modern celebrity and contemporary technology. Needless to say, it’s pissed a few folks off, which is only compounded by his assertion that he and Taylor Swift might still have sex [*Kanye shrug*]. What may have been missed in all the hubbub is one of West’s most dynamic and creative albums to date. — SEAN L. MALONEY 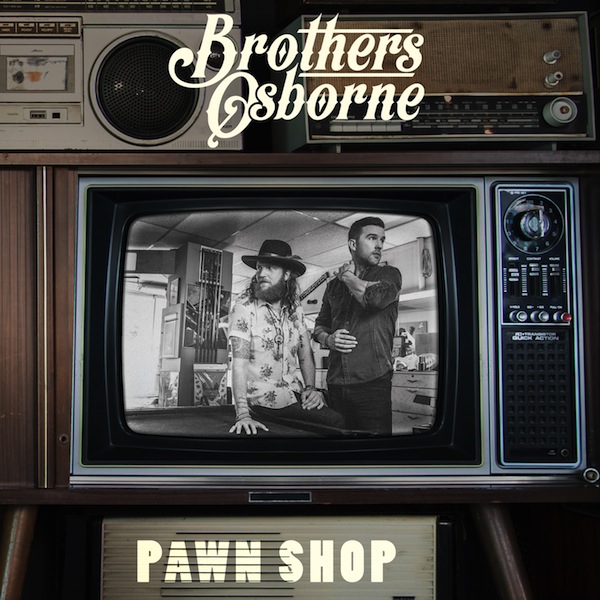 The CMA Awards rarely see an upset, although 2015’s year of Chris Stapleton wins may have tipped the scales ever so slightly in the favor of the underdog. Whatever the case, the Brothers Osborne’s surprising win over bro-kings Florida Georiga Line for Vocal Duo of the Year felt like a victory, as it felt with Stapleton’s wins the year prior, for songwriter’s country. The Nashville-via-Maryland brothers’ debut Pawn Shop shows off the duo’s writing chops on singles like “21 Summer” and “Stay A Little Longer,” as well as lead vocalist T.J.’s unrivaled baritone. A duet with Lee Ann Womack, “Loving Me Back,” is an album highlight, bringing together two artists outside country radio’s inner circle for one of the genre’s best moments this year. — BRITTNEY MCKENNA 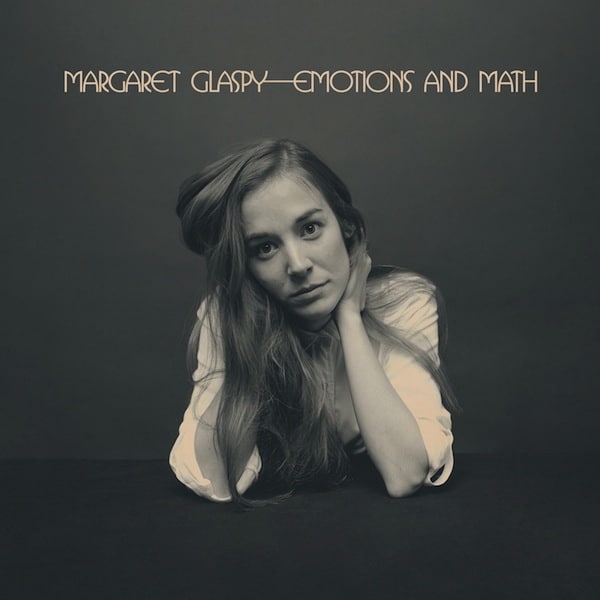 On her debut, pop-rock newcomer Margaret Glaspy comes across as ruthlessly honest and, at times, vitriolic, like on “Pins And Needles,” where we find her chastising a manipulative ex-lover as much as she’s chastising herself for falling prey: “Looks like I near forgot who I was/ To be who you want/ Yes, I’ve been sitting silent/ Because I thought you liked me quiet.” The New Yorker’s rough edges and refreshing frankness make her someone to watch amongst a new generation of women in music who refuse to stretch themselves to fit into long-held tropes of femininity. — EMILY MAXWELL 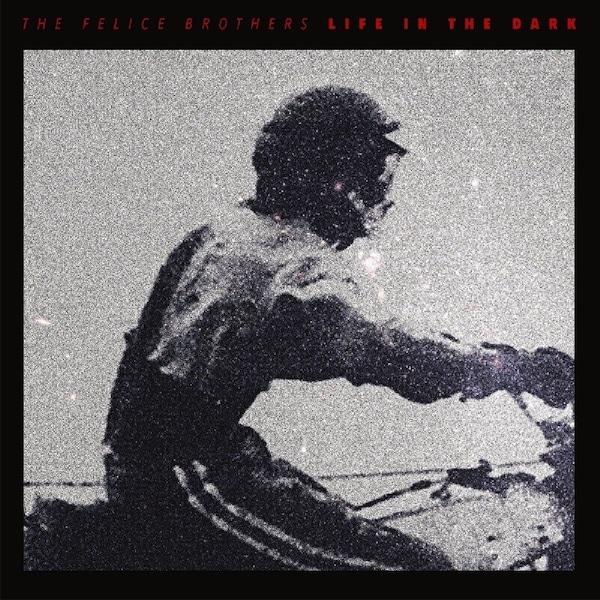 46. Felice Brothers, Life in the Dark

With its primal acoustic instrumentation and rugged mountain-man harmonies, the Felice Brothers’ latest album harkens back to the band’s late-Aughts classics like Yonder is the Clock and The Felice Brothers. But this time around, the band’s quirky Americana mythologizing has turned much darker, populated by corporate headaches and consumerist nightmares on songs like “Aerosol Ball,” “Jack At The Asylum,” and “Plunder.” Ian Felice, who sings leads on every track (a first for the group), sets the pace with his dejected stories of working-class desperation (“Triumph ’73”) and middle-aged defeat (“Sell the House”). The band’s latest album might be their bleakest, but it’s also their most potent. — JONATHAN BERNSTEIN 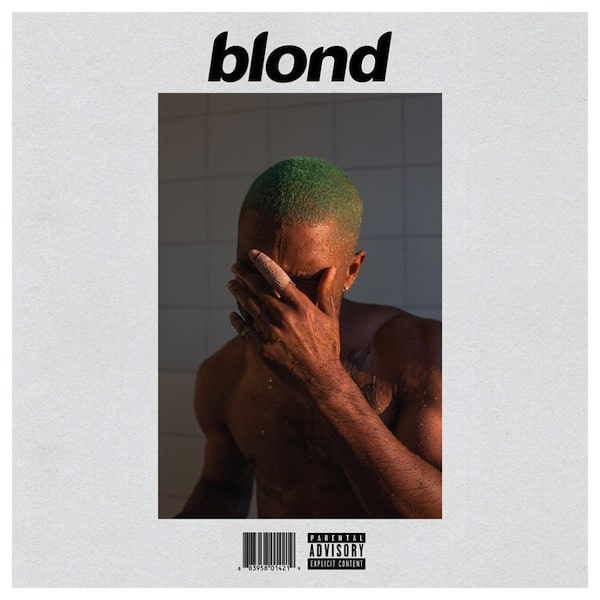 By the time Frank Ocean dropped Blonde a lot of people had given up on ever seeing a follow-up to his 2012 left-field R&B classic Channel Orange. “No, Frank Ocean’s new album hasn’t come out” said the Washington Post on August 7. “The Four Stages of grieving for Frank Ocean’s new record,” USA Today posted on August 5. But then — bam! — the video album Endless appears on Apple Music. And then Blonde, the actual album, makes its way to the Web and it was no laughing matter. By melding the smooth vibes of Frankie Beverly & Maze to the weirdness of the modern world, Ocean has created another classic. — SEAN L. MALONEY 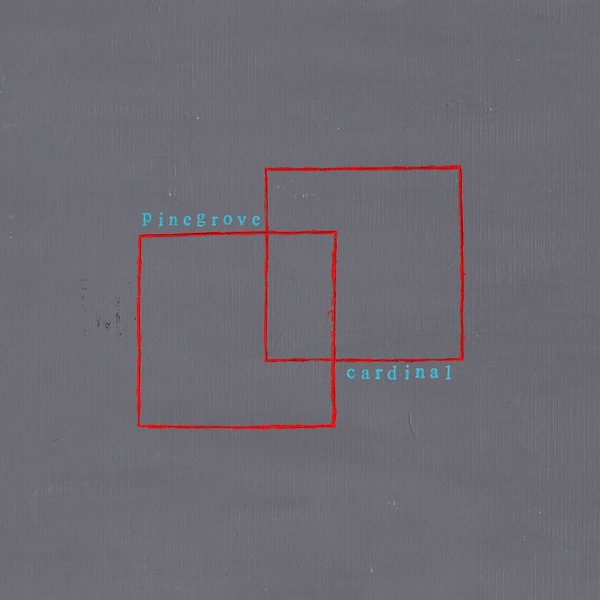 Falling somewhere between indie rock and Wilco-esque alt-country, Cardinal is one of the strongest debut albums of the last few years. Songwriter Evan Stephens Hall navigates the complex feelings of young adulthood, culminating with his confession that, “I don’t know what I’m afraid of/ but I’m afraid.” Though much of the album seems to address his struggle to become more connected to the world at large, Hall maintains an unlikely air of optimism across the record, always keeping one eye looking forward: “What if we could wake up in five years and things would be feeling all right?/ I wanna visit the future and dance in a field of light.” — EMILY MAXWELL 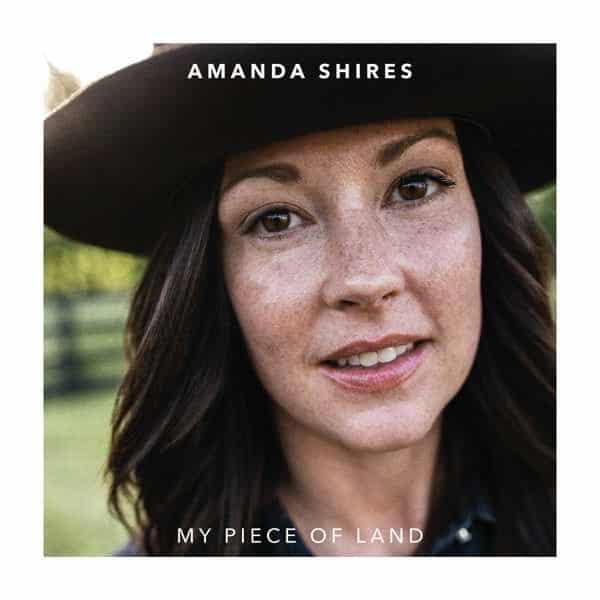 43. Amanda Shires, My Piece Of Land

It’s rare for someone to know where they truly belong. For Amanda Shires, that’s a simple answer –- with husband Jason Isbell and their daughter, whose impending birth marked the recording of My Piece Of Land. On these songs, the Americana staple gives the impression that she can see where everyone she meets belongs, too. With tracks like “Harmless” and “I Know What It’s Like,” she imparts a vision that’s deftly generous, overflowing with an immediate warmth. Shires channels her inner strength into songwriting muscle, culminating in the bracing album closer “You Are My Home.” — KATIE CHOW 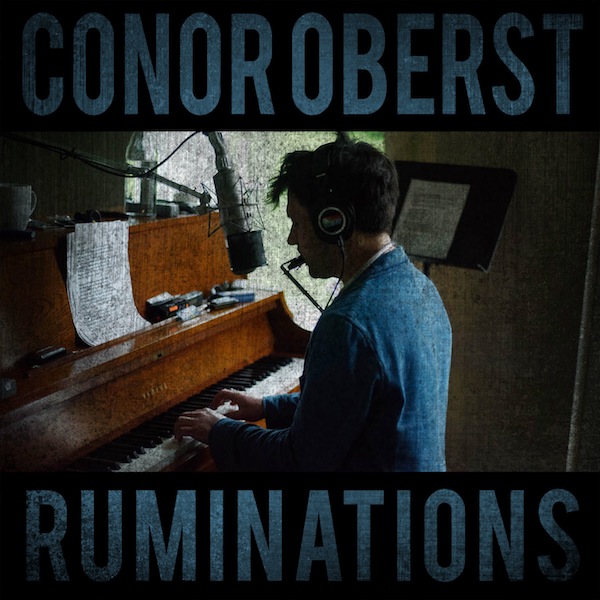 Conor Oberst’s solo acoustic effort, Ruminations, begins with a few casual clinks of the piano: a different way to listen to the artist associated with fiery narratives spewed from behind a guitar. And those strums are here too, of course, but what is really on display is the true power and breadth of Oberst’s songwriting: without Bright Eyes or Monsters of Folk behind him, his lyrics pierce the surface even more sharply, and are heartbreaking, haunting and heartening all at once. This may appeal to fans who were drawn to his earliest, rawest compositions, but this is no youthful rehash. Songs like “Gossamer Thin,” “Next Of Kin” and “The Rain Follows The Plow” are mature, self-aware masterpieces: as fragile as gossamer wings, as steadfast as a storm. — MARISSA MOSS 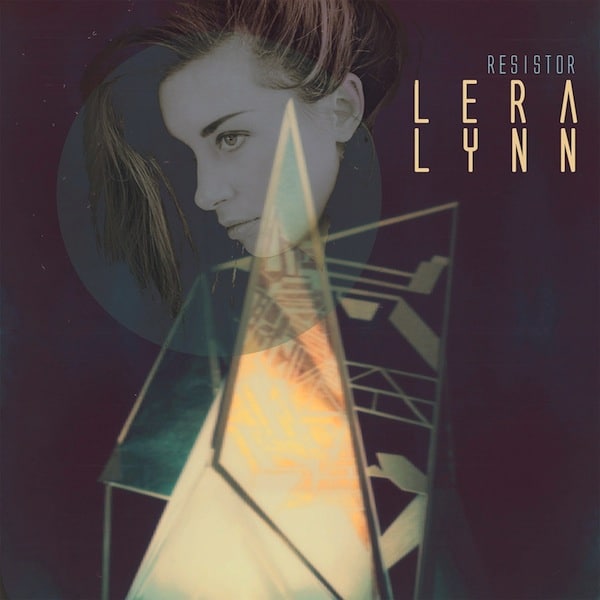 After appearing as the mysterious bar singer on HBO’s True Detective, Lera Lynn could have continued down the solo, maudlin route and kept her new television fans happily free from any surprises. Instead, Resistor is no droopy piece of Americana –- it’s a rock record at its core, packed with aggression and taunting vamps that are anchored by Lynn’s clever lyricism, daring composition and super-sensual vocals. On songs like “Shape Shifter,” she subs in crunches of guitar for pedal steel and echoey basement vibes in place of the earnest harmonies so popular with anyone who claims Southern-inspired roots. And, unlike that second season of True Detective, it only gets better as you peel away the layers and dig in deep. — MARISSA MOSS