“When I come around, they’ll love it,” sings promising singer-songwriter, Max Helgemo, in his latest single, “Uncovered,” – and he is in no way mistaken. The Florida-raised, old soul honed his musicianship roaming the halls of hospitals with his guitar – performing for patients as a musician-in-residence – ultimately moving to Nashville to build a name for himself. Helgemo made his songwriter debut in early 2019 with the hit song, “New License,” although, it was the 2020 release of “Uncovered,” and its accompanying sibling track, “Sidelines,” that have truly showcased Helgemo’s burgeoning artistry.

Got a lotta skin / Oh I oughta show em’ / I’ll take the streak into the heart of the revelrous town / And when I come around, they’ll love it

“I had just moved and was trying to get used to a new city,” Helgemo told American Songwriter. “My first roommate moved away suddenly, and I needed to instill a sense of hope in the helplessness I was feeling on a daily basis. Wearing a uniform of sweatpants and sweatshirts probably didn’t help – and definitely added to the weight. I remember looking down at myself thinking about how I hadn’t really seen my skin in a while and how it was probably becoming paler – and then wishing I showed more of myself to my new city.”

Produced with Andrew Goldring, “Uncovered” opens as an intimate, lo-fi acoustic number and gradually expands into a mesmerizing, soft-rock production – increasingly gratifying with each new listen. “I brought Andrew the song, he laid down drums, then I took it home to track guitars and vocals on my rig,” Helgemo recalls. “Brought it back to him a few days later and we fleshed everything else out together. Everything you hear on it is either his playing or mine.” His irresistible mellow croon, colorful chord selection, and melodic brilliance collectively make Helgemo a modern-day George Harrison.

“I want people to understand the sense of hope and call to action I was able to arrive at by its end. It would be cool if it could help someone reflect on how comfortable they are in their own skin or consider the ways in which they could open up to the world.”

Helgemo currently has plans to record and release a freshman full-length record in 2021. In the meantime however, enjoy “Uncovered.” 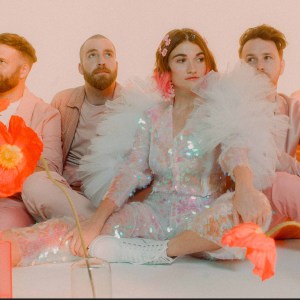 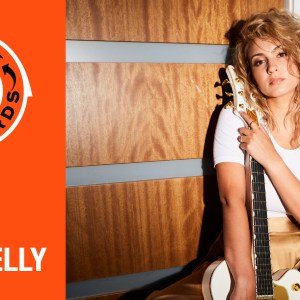