Forget the bright lights and glitter bombs, the Ukraine-based rock trio VINOK isn’t here for any of that. Instead, vocalist Nathalie, drummer Ilya and bassist Anton came together in 2019 under the VINOK moniker as a statement of authenticity and social change to create a new culture of justice. Here to provide a voice for the marginalized and bluntly bring to attention to crucial problems of a global society, from disability rights to feminism and politics to religion, no topic is taboo.

In essence, VINOK is yet another extension of Nathalie’s lifelong work. As a mental health professional in expressive arts therapy and counseling, Nathalie has worked extensively with many persons with disabilities, refugees, immigrants and many other minorities. In addition, as a journalist, drummer Ilya has witnessed the atrocities executed by authoritarian and corrupt regimes in Eastern Europe and the sheer poverty that resulted from them.

As evidenced by their latest single “Elephant Girl,” VINOK wants nothing more than to sonically kick you in the teeth to ensure you hear what they have to say. Taking a stand for persons with disabilities with booming drums, a groove line a mile wide and deep throaty vocals ala Stevie Nicks minus the rasp, VINOK makes it damn near impossible to miss their point.

“We wanted to give a voice specifically to persons with disabilities who are as much of a vital part of our society as the rest, yet who are some of the most maltreated individuals,” states Nathalie. “It is really important to remember that not all disabilities are visible to the seeing eye, but they are just as much of a reality.

“​We want this to be an empowerment song for people with disabilities, an inspiration – a symbol of hope and change. That said, “Elephant Girl” has elements that relate to each of us as human beings; it addresses those feelings of wanting to be heard and putting up a fight in order to do so.”

Ilya takes it a step further expounding not only on the song’s message, but the music as well.

“We are very specific, careful and critical of what we do musically but at the same time make sure that our initial emotions and ideas don’t get lost during the creation process. The most important is for us to keep our music authentic and alive; we keep each other accountable in making sure that there’s nothing fake and artificial — something that is these days contrary to the trend.

“We listen to a wide variety of music – constantly. That said, specifically for “Elephant Girl” we were influenced by a mix of such performers as Arcade Fire (specifically their song “Creature Comfort”), System of A Down, as well as the earlier music of Arctic Monkeys.

“The inspiration behind the song came from being surrounded by a world that tends to be harsh and careless to the most vulnerable. With all of the positives that it might offer, in a globalized culture people tend to be concerned about their individual problems and exponentially less empathetic about those who are being cut off from society the most.”

Not stopping with just the song, the band seized the opportunity to use their brand-new lyric video for “Elephant Girl” as another means to drive the message home. In it, much like the song, we see the story of transformation and the spiritual awakening of a female person with a disability.

“Our lyric video alludes to the movie “Get Out” directed by Jordan Peele, as well as the popular “Stranger Things” series. “Get Out” shows that once the victims are hypnotized, they go through a condition of paralysis and fear, whereas in “Stranger Things”, though the main character El has supernatural abilities, she is also one of the loneliest figures throughout the entire series. Both these film productions portray elements of paralysis, loneliness, fear, longing, and a fight to be heard.

“Just as in “Stranger Things” and “Get Out”, once we see a drop of blood coming out of the characters’ noses, we are reminded of the reality of the pain that they are experiencing. It is as if they are so suppressed inside that their pain is literally bleeding out. Our lyric video for “Elephant Girl” ends with a twist: after the blood drop streams from the persona’s nose, she finally is able to sing aloud with the lyrics – showing that she is real and that there is hope to be heard.”

While VINOK produced “Elephant Girl,” it was mixed by PDub Walton (Bjork, Massive Attack, The Cure, U2, Madonna) and mastered by Jon Astley (The Who, U2, ABBA, The Rolling Stones, Eric Clapton). Their full album is slated for a 2021 release. 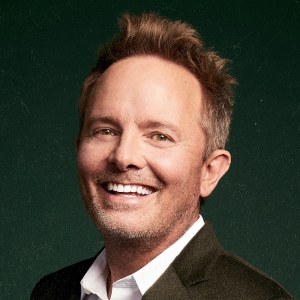 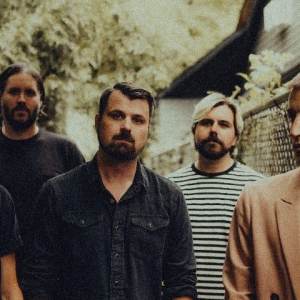