Singer/songwriter Kolby Cooper is at this precious point of his promising career where he can sing whatever he wants, write whatever he chooses and swear whenever he wants to.

And he happens to swear… a lot.

“I was on a plane heading to Nashville, and I was listening to heartbreak song after heartbreak song and you know, I just kept on thinking that, sometimes, the only thing you can say is fu** you,” Cooper candidly tells American Songwriter about the writing of his fan-favorite song “Two Words,” which will soon be featured on his upcoming EP Vol. 2. “Sometimes you have said everything else. Sometimes, they are just going to treat you like sh** and they won’t ever break up with you, so you just have to say fu** you.”

But heck, the fact is that the mighty song man from the small town of Bradford, Texas has every right to swear all day long if he wants to…because his life off the page hasn’t always been easy.

At 13 years old, he lost a close family friend to suicide.

At 14 years old, he lost his dad to brain cancer.

And at the age of 18, he became a husband and a father.

Add a pandemic to that already challenging mix of reality, and it’s enough to make the strongest 21-year-old to cave. But for Cooper, the sometimes painful and challenging nature of life itself has led to an honest and authentic brand of songwriting that showcases an edge that we can all relate with right about now.

And it’s this edge that can be heard on every track of Vol. 2.

But, just how the heck did he get here?

“I was about 12 years old and my buddy and I were getting tired of playing video games every day,” says Cooper, who wrote his first single “Every Single Kiss” when he was just 15 years old. “I picked up the guitar and learned a couple of chords and started writing songs. I wrote for two or three years without showing anyone the songs I was writing.”

After a long conversation with his mama, Cooper made the decision to make a life out of making music. Just three years out of high school, Cooper was already selling out shows and clocking millions of streams without any sort of label or industry machine backing him up.  Cooper’s first full length album, Good Ones Never Last and songs like “It Ain’t Me” and “Every Single Kiss” and “Fall” made quick impressions with fans craving the raw and authentic nature of the burly kid from East Texas.

And it’s this beautifully ragged songwriting that can now be found on songs such as his current single “If I Still Had It.”

“It was pouring rain outside and none of us were feeling really inspired, and frankly I wasn’t even sure about it after we wrote it,” says Cooper of the song he wrote alongside Jordan Walker and Ray Fulcher. “But then we got in the studio and recorded it, and it brought the whole thing to life.”

And then, there is the standout track “Cannonball.”

“I woke up that morning with the word ‘cannonball’ just bouncing around in my head,” says Cooper, who plans to release another full-length album in 2021. “I was thinking about the guys I graduated high school with and some of them are not doing a thing with their lives. But I’m out here. I’m trying to do it. Sometimes u just have to jump in. Sometimes you have to get your head out of you’re a** and get your sh** together so you don’t live with any regrets.”

It’s the same kind of advice his dad would give him, if only he was here.

“Losing him at a young age hard, but losing him made me want to work twice as hard to do this whole music thing,” he says. “I knew how he wanted me to turn out and I didn’t want to disappoint him.”

He pauses for a moment to let the memories roll in.

“He drove a cattle truck and my mom would let me miss one day of school every month to go with him to take the cows,” Cooper remembers. “We’d be going to Amarillo or Georgia and we would just be sitting there and listening to music on those twenty hour trips. When I lost him, it motivated me. I made a promise to myself that I would only release music that meant something to me. I can hear a badass piece of music but if it doesn’t mean anything to me, I’m not going to release it.”

Because, at the end of the day, it’s all about authenticity for Cooper.

“That’s all you can do right now,” says Cooper, whose wife is currently expecting their second baby. “I mean, you can always portray something you are not. But people can tell right away that you are just trying to get famous not being yourself. Everything I do, I just try to be me.” 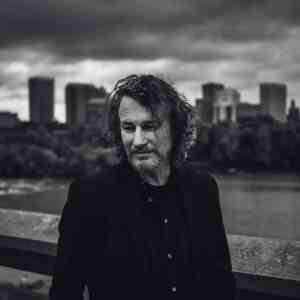 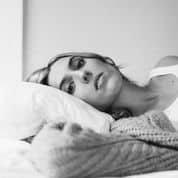