Singer-songwriter Vonda Shepard is making 2022 one of the most memorable years of her distinguished career. There’s a new album to celebrate, as Red Light, Green Light, the first full-length studio record she’s delivered in seven years, arrives on Friday, September 23. She and her band will also be heading out to tour the United Kingdom starting in October, with US dates to follow in 2023.

And for those who want to look back, 2022 marks 25 years since Shepard first appeared on Ally McBeal, the show that brought her top-notch songwriting and soulful vocals to a widespread audience. Vonda phoned into American Songwriter to talk about it all, including the making of Red Light, Green Light, an outstanding 10-song set produced by her husband Mitchell Froom.

American Songwriter: What made you decide that now was the time for your first new studio album in seven years?

Vonda Shepard: I had the time. It was the pandemic, and I literally had no excuses to avoid sitting at the piano for hours and hours a day. When I was younger, in my teens, 20s, and 30s, I could get ideas, write them in my journals, and have bits of songs that I was partially working on, and that would lead to an album. But this was a very focused, concerted decision because it was time for a new album. Mainly, because I like to have new songs to play live, keep it exciting and inspiring. I just put in the time. It was a lot of work.

AS: In the album press release, you mentioned that you needed extra discipline to complete Red Light, Green Light. What did you mean by that?

VS: It’s always difficult. For all of my albums, it’s a very arduous process because I don’t like to let things go that are not feeling complete or as good as they can be. I’m very meticulous. And also, I have a teenage son, so I have a lot more in my life that I focus on. I won’t say it’s a distraction, because it’s the main focus of my life and I love it. But it takes a lot more planning to do the writing. I have to carve out the time very consciously these days.

AS: Some of these songs deal directly with the tumult in the world. Because that was the case, did you find that the lyrics drove the bus a bit more on this album, or was it a case of you at the piano finding your way into the songs?

VS: It was a little of both actually. I usually start with a melody and some gibberish, basic chords, or at least the key that the song is in. And then it usually is the case that my subconscious has things to say and it just breaks through sitting there in almost a meditative state. And then there’s the hard, hard work of editing.

This album was that way, but I also had some very specific thoughts that I actually had to get on paper and get into the songs. For some of those, I would sit with my journal before I would get to the piano. Like “These City Lights,” for example, is one that I wrote the lyrics separately. But usually, I just sit there and try to figure out what my brain is subconsciously trying to say today. In this case, there were those political issues that were just unavoidable, there was the pandemic. I feel like I got it out of my system somewhat. Not that it’s gone, but there was catharsis involved in that as well.

AS: What’s your working process like when you bring your songs to Mitchell to produce?

VS: We have a very intense working process, where I brace myself. Because he has very strong opinions and I highly respect them, but sometimes they can be a little bit jarring or not what I was expecting. Most of the time though, I have to say it’s like lifting a veil over some hidden gem when he arranges or rearranges the music. He literally will come up with some chord, some bass note change, and the whole thing falls together in my mind. So it’s an amazing gift to work with him.

AS: Several songs on the album were inspired by your son. Was it a case of it being easier to express your feelings in a song rather than saying them directly?

VS: You nailed it (laughs). I’m not allowed to say a lot of these things anymore. When you have a 16-year-old, you’re not really allowed to talk at all (laughs). And he doesn’t know the songs are about him, he doesn’t know I wrote them. When he’s older, he’ll figure it out. It’s not me trying to communicate with him. It’s me trying to get something off my mind and express the pain, the frustration, the joy, all of those things I feel like I kind of captured in “Made Of Rain” or “Haven’t Gone Astray” or “Shine Your Light.”

AS: Some of these songs have a distinct gospel feel to them, such as “Disappear.” Is that a natural direction for you to go when you’re at the piano?

VS: It really is, but I’m not sure why. I’m a white Jewish girl from the Valley (laughs.) I have been drawn my whole life to soul and gospel music deeply, almost like I had a past life where I was in a gospel choir or something. When I was young, I took comfort in trying to sing like that. And then I have to say working on the show that I did for five years, I guess David Kelley recognized that soul quality in my voice as well, so I got to sing a lot of the classics. Mitchell also pointed out that my voice is most comfortable in that gospel-ly, more soulful style rather than in like a flighty, meandering high vocal. If the melody is deep and solid, he’s pointed out that I sound more natural in that realm. So we use that a lot.

AS: In a few songs, you don’t back down from expressing disgust, both with some of the events taking place in the world and, although you didn’t mention specific names, with some of the people behind those events. Is it that a tough balancing act to strike as a songwriter, knowing that there are people listening who will have all sorts of disparate views?

VS: I usually avoid my political views and beliefs in general in my music. In the case of “These City Lights,” I just couldn’t handle it. I had to speak my mind. I actually felt like kind of a wimp if I didn’t. I did not want to hide my head in the sand. I’m not a person who likes confrontation. That’s why I put the line in the song, Understanding is what this demands. I love people, and I feel for them. I have an understanding of where they’re coming from, and how they come from certain types of families. We all come from our upbringing. Sometimes people break away if they don’t believe in what their parents believe in, and that takes a lot of courage.

I feel like most people are good, but there are some people who were running the show that I’m not happy with and I had to get it out of my system. It took courage for me to write that song, and I don’t want to get to the end of my life and I say I didn’t speak my mind enough or try hard enough.

AS: You mentioned “the show” you worked on, and of course, you were talking about Ally McBeal, which is celebrating the 25th anniversary of its debut this year. What do you cherish most about that experience?

VS: I have a lot of energy for working. I like staying busy, and feeling like I have a purpose in life. I was given that gift, a serious purpose, and a major schedule. And I was working on music. How lucky was I to get that gig? I mean, I was prepared and had a lot of experience in production and as a player and performer. But to be given that role as producer of the music as well was an incredible experience. I got to go in seven days a week and work on music. I needed it and I loved it.

AS: We’ve already mentioned the long time between this album and your previous one. After the experience making Red Light, Green Light, do you find yourself itching to maybe do it all again a little bit sooner next time around?

VS: Good question. I thought the answer was no. I literally thought this might be my last album, because of how hard it was to write. It wasn’t hard every minute, it was exciting at times and gratifying and all that stuff. But it was hard (laughs.) And when I was done, I thought, “Fine, that’s good, because that’s my last album.” Meanwhile, I’ve already got three things that I’m working on that are just breaking through saying, “Hi, I’m here. You can’t ignore me.” (Laughs.) 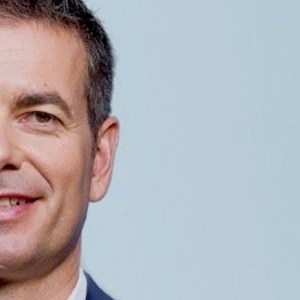 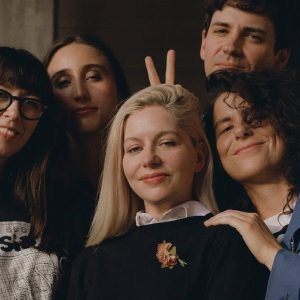