A quarter-century since their mysterious disappearance, Wanderlust, featuring Scot Sax & Rob Bonfiglio, reforms to finish the album that never was.

Wanderlust is back! After emerging full-blown with the infectious power-pop of their album Prize back in 1995, Wanderlust, it seemed, had wandered off. But where – and why? They had just gotten started.

From the streets of Philly they arrived with seriously great songs enlivened by the twin-engine clout of Scot Sax and Rob Bonfiglio on guitars,and deep-pocket grooves of Mark Getten on bass and Jim Cavanaugh on drums. Almost immediately the world’s music press took notice, comparing this group who found their name in a McCartney lyric to the Fab Four. Even the UK music mags, known for being especially snarky about new bands, were electrified. Suddenly they were opening for The Who, and touring America with Collective Soul.

But then they broke up, though why that happened remains a mystery. Of course, back then in that pre-digital era, we were fine with mystery. Knowing everything about everyone was impossible then, so we didn’t mind.

Sax and Bonfiglio went their separate ways musically. Sax made solo records and wrote hit songs for others, including the Faith Hill-Tim McGraw Grammy-winning “Like We Never Loved At All,” co-written with Vickie MeGehee and John Rich. He also was the opening act for the Robert Plant and Allison Krauss’ Raising Sand tour.

And Rob Bonfiglio went on to make many solo albums and write songs also for others. He’s also become one of L.A.’s most gifted and beloved live and studio musicians, and with good reason– he’s one of those guys who can play anything, and always with joy. He’s beloved by legends as well, having played in Brian Wilson’s solo band, with the Beach Boys, WIlson-Phillips, the poet-songwriter Stephen Kalinich, and many more.

Recently, in 2020, Sax came across a DAT tape featuring acoustic recordings of songs he’d written after Prize‘s release. These demos felt like a time capsule — a blast from the past, dreamt into existence during the band’s heyday and filled with the same sonic spirit that had once earned Wanderlust admittance into the big leagues.

The songs would’ve made a great Wanderlust album, which is why Sax decided to get the band back together and finish the work he’d already started.

“I feel like a young Cameron Crowe, with a story about a band that fell victim to its own insecurities in the bright lights — and with the big wigs — of the music business, circa 1995,” he said.

“Now, the same four guys find an old cassette of songs never recorded, long forgotten in their fall from grace. So what do they do? They make the album that never was.”

That album is All A View. The original demos are the record’s bedrock, with most of his performances from 1996 remaining intact. Nearly 25 years after he laid down his vocals and acoustic guitar, a reunited Wanderlust began turning those bare-boned recordings into full-blown rock anthems, with each bandmate overdubbing his contributions from home during the 2020 pandemic. Sax wrote new songs for the project, too, including several collaborations with Rob Bonfiglio. The album was then mixed back in Philly, from whence they came.

“What began as a revisitation of older material became a kind of snapshot of our musical journeys in the present tense,” said Rob Bonfiglio. ““All A View is in no uncertain terms the direct continuation of a group synergy that brought us together some 28 years ago.”

“We’re all grown up now,” Sax says. “It’s so great to reconnect once again, after the dust settled. I’ve been in all kinds of bands, but when the four of us played together for the first time in 1993, something special happened. It’s exactly the same feeling we got when we started working on All A View. The four of us just have a connection. We’ll play a song, and it just sounds like Wanderlust. It’s been amazing to let go of the ego and paranoia I had as a younger person, and just realize how great this band is.”

The single, and entire album, were recorded during lockdown, which was at some distance  from their previous methods. “With this record we did it the same way we always recorded,” said Sax, “but from a thousand miles away, not nine feet from each other.”

SCOT SAX: I wanted to write a song that didn’t have any opinions or angles or even specific emotions. I thought how cool it would be to just list the things we, as a band, saw and heard in the year that was a blur, the year our debut album came out. I wanted to get a few random details down before I forgot. `Ike and Tina in a picture…in the kitchen’ was indeed something i saw at someone’s party. `Sliding up the staircase’ was a girl in Minneapolis who literally slid down an entire flight of stairs in the dressing room backstage and miraculously landed on her feet. “

`Corduroy Moon’ was particularly fun to write. When something pops in my head that is something I’d never done before, it’s exhilarating, and this was that. We had all just come off a year like no other. A major record deal, touring the country, meeting more people than any of us ever had before, and from far away places. Everyone from music biz executives to groupies. Sometimes they were the same person: caterer’s in Denver, fast-talking hangers-on at parties in Chicago, backstage drinking and flirting in Madison, outdoor festival radio DJs in Albuquerque.

Like many songs on this record, the track was built around an acoustic guitar and vocal live-to-tape recording I had done in preparation for album number two. I found the tape early on in quarantine and was stunned. Some of the songs had been recorded for the second album but more than half of them never saw the light of day. I hadn’t heard or even thought about them in 20 years.

I loved writing it and I loved playing it. It is such a Wanderlust song. But one that never was. The acoustic guitar and vocal you hear is from the original live tape, untouched.

“Corduroy Moon” is basically a written transcript of our collective year doing what we all grew up dreaming about. Which is like being in outer space, a place you only heard about and see pictures of. Phrases and places like  “the road”, “fans” “radio-play” are things we imagined and now we were living them.

“Working under these circumstances confirmed what I always suspected: it wasn’t the vintage amps, the hip studio or even the vibe in the room that made Wanderlust. It was us. The four of us.” 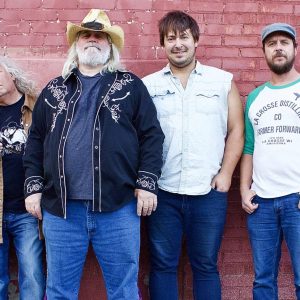 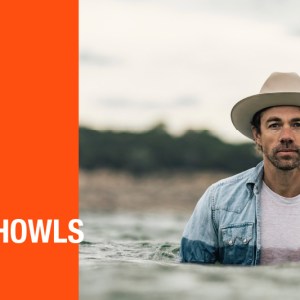