Rehearsing at Herman’s Colorado home in 2019, the band already had a run of shows to play in Colorado and Wisconsin, and dozens of songs they brought to the table. Reaching deep into their roots, each member brought their individual stories to the table.

“The band spans across three generations,” says Staehly, “There are boomers to borderline Gen X to millennials in the band, and when we got together to rehearse for these shows, everyone showed up, and each songwriter had three, four, or five songs ready to go. After a day of rehearsal, we were all kind of looking at each other amazed how well all the material fit together in terms of lyrical content, the feel and vibe. We all make a living trying to get people to dance to live bands, so that was an element to all as well.”

The band’s most recent “Singing a Mountain Song,” off their self titled debut, out June 11, is an ode to the Colorado Rockies, their roots, and new beginnings.

“‘Singing a Mountain Song’ speaks to the difficulties, and it doesn’t matter whether you’re a musician or not, being a human is never easy,” says Staehly. “We all face our impending doom, and we’re conscious of that in the struggle. In a lot of the songs, and specifically ‘Singing a Mountain Song,’ I really wanted to address what it is we’re all in together facing but there’s a lot of hope. There are a lot of good things to hold on to.”

For Staehly, who has worked with putting other “all-star” groups together, working with Hard Working Americans, featuring Todd Snider and Dave School from Widespread Panic.

“These two projects mirror one another in certain ways, but the High Hawks have multiple songwriters, and these larger-than-life characters from fairly popular bands all getting together to play, so you always wonder what’s going to happen with the hierarchy, but we’re all friends,” says Staehly. “Some of us will have friendships that going back as far as 20 or 25 years, so there was a little bit more understanding of one another heading into this.”

Staehly adds, “Everyone had their songs when they showed up, and then it was really about letting things happen with the sound of the band forming. Generally, Adam and Vince play acoustic guitar in their bands, but they picked up electric guitar for this so there was a transition in developing their voice, but it really helped create this kind of throwback, country rock sound that’s reminiscent of the ’70s, with little bit of a new spin on it, too.”

Staehly, who recently left Colorado after living there for 25 years, remembers seeing the whole birth of the Colorado music scene, an extension of bluegrass scene from Appalachian mountains, which is something that still resonates in the music of High Hawks.

“I was feeling the loss of losing that community, moving and starting over and living in a new place, and I wanted to try to speak to that in these songs” share Staehly. “There’s a certain vibe and a sound from everything that comes from the the Rocky Mountains of Colorado, and I wanted to capture that in song, because I knew that was going to be the heartbeat of this band.” 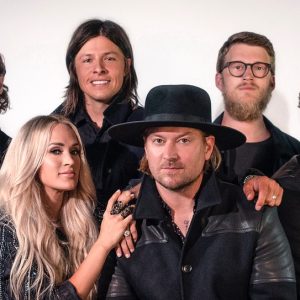 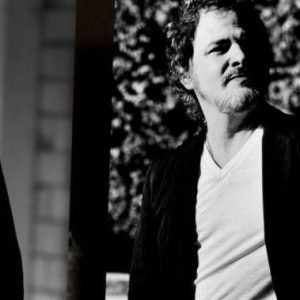