President Richard Nixon notoriously kept a list of his enemies, which included many politicians and… Barbra Streisand? Streisand was on the list for some very specific reasons. Here’s a look at what Streisand thought of the whole ordeal.

Streisand is a Renaissance woman. By the early 1970s, she’d conquered the pop charts, the silver screen, and the small screen. She’s an icon, but she doesn’t seem like the sort of a figure a president would see as an enemy.

According to the book Richard Nixon, Watergate, and the Press: A Historical Retrospective, the White House staff compiled a list of people who were either critical of the president or simply not committed to his policies. To be on the list, someone had to be famous or powerful. Some of the entertainers on the list were Bill Cosby, Paul Newman, Jane Fonda, Steve McQueen, Gregory Peck, and Streisand. Streisand landed on the list for some very specific reasons.

In an interview with the Los Angeles Times, Streisand said why she was on the list. “I was on Nixon’s Enemies List because I supported [Eugene] McCarthy in 1968 and raised funds for Daniel Ellsberg in the Pentagon Papers trial. Then I did a concert for George McGovern…” For context, McCarthy was A Democratic presidential candidate in 1968, the first year Nixon successfully campaigned for president. Ellsberg was a whistleblower who released the Pentagon Papers, documents which dealt with American involvement in Vietnam. Finally, McGovern was Nixon’s opponent in the 1972 presidential election — fans can hear Streisand’s pro-McGovern performance on the album Live Concert at the Forum. The album reached No. 19 on the Billboard 200 — which is relatively unimpressive given Streisand released 11 No. 1 albums, the most recent of which hit No. 1 in 2016.

So did Streisand take issue with her inclusion on the list? According to Deadline, Streisand told Bill Maher in 2018 she was “proud” to be on Nixon’s enemies list at the time and she remains proud to have been on the list. To date, the inclusion of so many celebrities on the list remains one of the most odd and amusing elements of the Nixon administration. Despite Streisand and Nixon’s disagreements, Nixon inspired some advice Streisand gave to Al Gore.

Streisand has been involved with Democratic Party politics for many years and once called Gore to give him advice for 2000 presidential campaign. Oddly enough, she told Gore to watch a famous Nixon debate.

“[W]hen Al Gore was running I remember calling him up before the third debate,” Streisand told The New Yorker. “He was on his treadmill, and I said, ‘You must pay attention to the presidential debate between [John F. Kennedy] and Nixon because, you know, people say you’re not authentic. But it was so authentic when you kissed your wife. In other words, authenticity reads, truth reads. If people say you’re wooden, be wooden. Don’t put on an act. Be yourself.”

This is all part of Streisand’s long history of political involvement. She told the Los Angeles Times “I’ve always been pro-choice, for the equality of women, for the protection of the environment. [That is] why I have a foundation [The Streisand Foundation] to fortify my beliefs. That’s how I give back. That’s how I raise my voice. And whether [people] like it or not, I will keep on raising it.” Streisand kept raising her voice — even when she got on the nerves of a certain president.

Barbra on Vinyl
Buy from Amazon 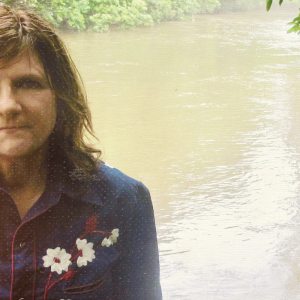 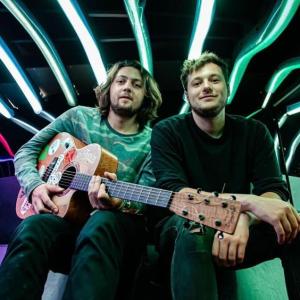