Now that Kevin and Debbie Williamson’s daughters—Melody, Cadence, and Caroline—joined the Nashville-based Bluegrass outfit, Williamson Branch became a third-generation band of musicians. With their banjoist, Anthony Howell, Williamson Branch purveys traditional front porch tunes to future generations. Their harmonies and rhythms are matched with a musical intuition that exists solely within a familial structure.

Though rooted in varying styles of traditional music, it was the pandemic that inspired Williamson Branch to create their upcoming two-volume Gospel album, Heritage & Hope. Debbie recalls her moment of enlightenment during an uncertain time. The lockdown had canceled their cruise ship tour, and after spending a week regrouping in Florida, they headed home to Nashville to hunker down.

“Kevin and I went to the grocery store, and there was no meat to buy,” she explains. “Looking around the store at the bare shelves, we knew at that moment that we needed to be online. People were scared, and they needed hope and encouragement.”

The group committed to going online every day at the very beginning of the pandemic. They would sing an old hymnal, something familiar that people would take comfort in. After the performance, they took prayer requests. The focus was on faith, avoiding politics, and other distasteful distractions during that time. From there, they began 30-minute worship sessions on Sunday instead of in-person services. Something about their presence created peace for viewers. Within the first few weeks, they reached 1 million video views. The following Sunday, worship struck 10 million and continued expanding from there.

“We felt a responsibility and weight of what we were providing to people,” says Debbie. “As it grew and blossomed, we became keenly aware that God was using it and blessing people through this, but also blessing us through it. The community that has grown from it is amazing. People who’ve become friends because of these videos.”

The group had tentative plans for a record of original gospel music—songs written by the family with close friends and co-writers. Once they saw the reaction to their online presence, Williamson Branch realized they also needed to share old traditionals from the likes of The Isaacs to evoke that familiarity for those facing strife.

Their new project—Heritage & Hope—is a blend of these separate approaches, melding age-old hymns with modern interpretations of archival Gospel traditions.

“We think that combining these two volumes into one record allows our audience to embrace more,” says Kevin. Those who might not have listened to the CD with newer songs might find an appreciation for our original Gospel tunes and vice versa.”

Their new single, “Which Train,” follows their successful “Walking In The Spirit.” The banjo-driven single, penned by Melody, exhibits the band’s ability to apply their dynamic musicianship to old-time traditions.

Her friend, Michelle Canning, introduced the initial concept during a co-writing session. They pursued other ideas for the next few meetings, but Melody couldn’t shake the thought of this tune.

“So there are two trains both pulling into the station, and the narrator is challenging everyone to pick one, that’s the precipice of the song,” says Melody. “We used different analogies throughout, like how one engineer is lost, and the other one knows the way.”

The single is a driving-Bluegrass tune with a mournful sound and poignant message. “There is a choice to be made every day,” she explains. “That choice is where we’re going to put our hope and who we’re going to allow to give us direction that day. We know we need to choose to be joyful and follow the Lord in everything we do.”Listen exclusively to “Which Train,” below.

Pre-save Williamson Branch’s new album, Heritage & Hope, ahead of its release on March 12 via Pinecastle Records. 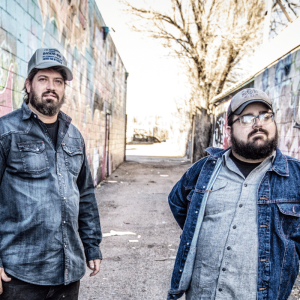 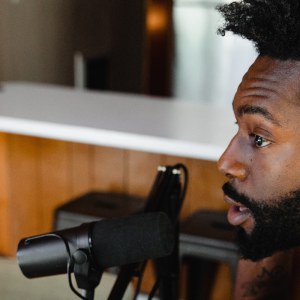