A woman who gave birth at a Metallica show in Brazil earlier this year has honored the band by giving her child the middle name James—after frontman James Hetfield.

Brazilian tattoo artist Joice Figueiró went into labor shortly after the metal icons took the stage at the Estádio Couto Pereira stadium in Curitiba in May. Her water then broke on the way to the venue’s outpatient clinic given that there wasn’t enough time to make it to a hospital maternity ward.

She later revealed on Instagram that her son, Luan, was born around 11:15 pm “to the sound of ‘Enter Sandman.'” Luan is going to have one hell of a fun fact to whip out when he gets older.

Metallica then shared Figueiró’s news on their Instagram Stories, with Hetfield calling her personally to congratulate them. In a new interview with the Guardian, Figueiró has further detailed her experience, revealing that she has given her son the Metallica-inspired middle name.

“We had already chosen the name Luan for the baby. But people started to ask: ‘Why not something related to Metallica?'” she explained.

She added, “We felt such a connection with James on the phone that we decided to make Luan’s second name James – it just felt right. Now he won’t be able to listen to any music but metal.”

She went on to explain that she and her husband “couldn’t believe it” when Hetfield reached out, calling the musician “so kind.” “He asked if I was OK, if the baby was healthy,” she said. “We told him the whole story.”

Elsewhere in the article, Figueiró recounted she started to feel contractions as soon as the band come out on stage but “was trying to hold on a little bit, thinking: ‘I need to see Metallica’.”

Meanwhile, the legendary metalheads are currently enjoying a Stranger Things-fuelled resurgence of their 1986 single “Master of Puppets.” Soon after the season 4 finale of the show, the track appeared on the Billboard charts for the first time since its release. 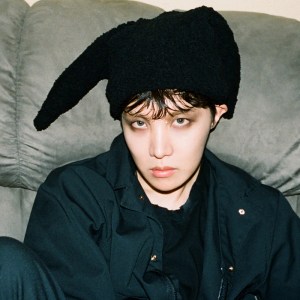 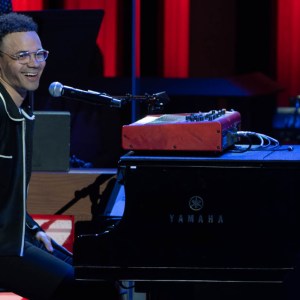