Two things you need to know about critically-acclaimed indie folk band The Acorn: A. they’re Canadian, eh? And B. they’re quite awesome. Though frontman Rolf Klausener somehow thinks “prosciutto” when he thinks of his bands’ music, we’d also add “sublime” and “entrancing” to the mix. For fans of: Sufjan Stevens, Plants and Animals, Horse Feathers.

How would you describe your music for those who might not know it yet?

A porch. A small wooden table and a few chairs. A guitar, maybe a drum. A few hundred records and a stereo, some dancing shoes. Patio lanterns or X-mas lights. A large, heavy cutting board, a few sharp knives, some prosciutto, a bunch of olives, various soft and semi-firm cheeses from Eastern Quebec. Some friends. A bike ride through the Gatineau Hills.

Okay, yeah. Why is the new album called No Ghost?

“No Ghost” is a little used Eastern Canadian expression (cities east of Thunder Bay, Ontairo and west of the Maritimes) for “No Worries” or “No Regrets.” It seemed apt. The time surrounding the writing and recording of this album was relatively tumltuous within the band; transition was in the air, membership-wise, and it felt as though this band’s past was getting buried; however, considering how rosy the last six years have been overall, I don’t believe anyone in the band was going to be haunted by thoughts of regret or lost opportunity.

How did you approach the songwriting for this album?

The writing of No Ghost was a bit of an experiment and challenge for ourselves. With the band in three different cities for almost two years now, we rarely have an opportunity to write in seclusion as a group. Following 26 months of touring, we decided it was well worth the expense to rent a cottage in Quebec for a few weeks, and spend some time together. The cottage was divided into a main room, and a large vestibule/sun room. Many of the albums songs were written over four days of improvisations between myself and The Acorn’s Pat Johnson. I was set up with a vocal and guitar microphone in the sun room, and Pat at the kit in the main.

We spent a solid  four or five hours a night, meddling with ideas, playing off each other and exploring any lyrical fragments that would come into my head over a guitar chord. “Restoration,” “Bobcat Goldwraith,” “On The Line,” “Almanac” and “Misplaced” were all written this way. Once the whole band was at the cottage, we spent most of our time arranging those initial ideas, as well as trying some full band improvisations at least once a day. The ideas for “No Ghost,” “Kindling to Cremation” and “I Made The Law” came out of those performances.

What was it like sharing a cottage as a band?

Personally speaking, once the entire band had arrived (on the 4th day) it made for a slightly claustrophobic writing atmosphere. It dawned on me a good week into writing that I much preferred it when there were only two of us at the cottage. It’s not to say that I didn’t love having my bandmates there to explore ideas, but I need isolation to explore melodies out loud without others around. It’s how I do most of my writing in my home studio, and how I get most of my lyrics written.

On a more positive note, the cabin provided us with a space to make as much or as little noise as we wanted, and were blessed with rich and natural woody reverb in the main hall. This sonic attribute made songs like “Misplaced” and “Almanac” a joy to explore and arrange. On a song like “I Made The Law” the main room’s characteristics are beautifully accentuated by the thumb slaps of the acoustic guitar.

What’s a song on the record you want people to hear the most?

Probably “Misplaced.” It was one of the first songs written, and came out of a really long and languid improvisation that Pat and I performed on the second night. The melody and first line “you’re the late night tussle” came out very naturally, and the rest of the lyrics fell into place within about 10 minutes. It was one of our most inspired moments at the cottage, and easy like Sunday morning.

Howie’s lead guitar lines that sort of echo the vocal melody, were the original scratch takes, as were the drums. So the only element of the song that took any real effort was the mixing. Lyrically, it’s one of my favorite songs to date. Straight to the point, a little humor, and not too much metaphorical fuss.

From our latest record, probably from “Misplaced”: There’s no suf- or prefix, that binds to your name/it gets my tongue tied and twisted, like snowfall in May.

Meteorologically, it’s a poke at our region of Canada, where it’s not uncommon to see a little bit of the white stuff as late as April or May. The first part of the verse, a nod to the grammar nerd in us all.

If I have to make some sort of wide-sweeping generalization about my country, I wouldn’t say that Canadians are any more or less attracted to one type of music or another. There’s only 35 million of us up here, so I suppose there are just fewer people here that get into “disposable” pop, whatever that might be to one person or another.

Is their an Ottawa music scene, and is it different from the scenes in other parts of Canada?

The Ottawa music scene is one of the most vibrant and rich in the country. The city has a strong small town feel to it, and as such, a pretty heavy cultural brain drain.

It’s got a heavy garage rock scene, and boasts a massive annual festival called The Ga-Ga Weekend. Our old record label, Kelp Records is home to dozens of amazing local acts and hosts a similar 3 day festival called the Kelp Fest. There are pockets of electro-acoustic musicians, noise artists, hip-hop, metal, hardcore and tonnes of folk. The indie/art-rock spectrum is a little smaller. Lots of folks grew up and started with music in Ottawa including Kathleen Edwards, Jim Bryson (touring member of the Weakerthans), a good number of Arcade Fire and Bell Orchestre, along with DJ group Jokers Of The Scene, and garage pop funsters The White Wires.

I’d say Michael Feuerstack of Montreal’s Snailhouse. He’s easily one of the country’s best songwriters. He’s been a friend and hero of mine for a long time, and I owe him a lot in terms of his approach to storytelling and melodic choices. 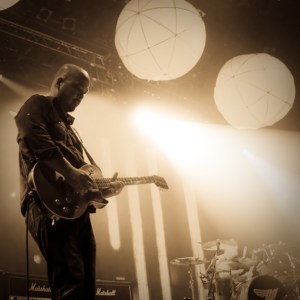 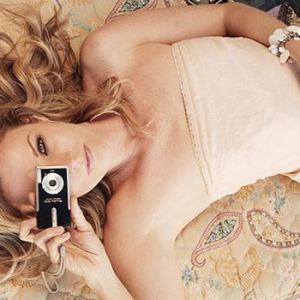