Georgia-born singer-songwriter returns this month with Afraid of Ghosts, a stellar collection of songs produced by Ryan Adams. We chatted with Walker about his new album, how he goes about writing songs, and the words he loves and hates.

How would you compare the new album to your previous work?

I try not to compare records from one to the other. I haven’t really made the same record twice if you count production as a key factor. I mean, song-wise, that’s the common thread. I don’t think I’ve changed the way I write songs. Except I’m not being as silly or sarcastic. Ironic just doesn’t sit well at my age anymore. Sorry to ramble. This record is a lot about my dad. He died last year and I miss him so much.

What was it like to work on that record with another songwriter-artist-producer, Ryan Adams?

It could have been amazing or a fucking train wreck. Luckily, it was awesome. I hated producing myself, and Ryan has been really coming into his own as one, so I thought it was a good fit. We like the same flavored oatmeal, and share more opinions and philosophies than people may think. We cut the record in four days. Straight to tape. No computers. Live with no overdubs. That’s how I grew up learning how to make records.

Do you find that working with other artists has influences on your own songwriting?

No. Two separate things. Living life. Making and losing friends. Traveling. All those things influence me. I remember when I was 18, living in Hollywood and fresh out of a small Georgia town. I played in a glam rock band with super long hair and we worshipped Aerosmith and whatever else was on the radio in Georgia. I got a chance to write our record with this big hair metal songwriter to the stars named Desmond Child. His resume was insane and we thought it was our meal ticket. I came in one day with a song lyric idea and it had something to do with love in the title. He just scowled at me and said, very loudly, “what do YOU know about LOVE??? You’re not even a PERSON yet…”

As much as that made me want to hit him, he was right. I hadn’t even gone through a marriage or my first divorce yet. I’d hardly been out of a little Bible-thumping town for more than a minute to even know what it’s like to live on my own, work, pay rent, etc. I don’t know why I’m telling you all this.

How do you go from working with artists whose styles range from pop to metal and everything between?

Because I don’t like boundaries. Is there something wrong with that? I’d shoot myself in the face if I had to listen to the same kind of music, every day, for 10 years straight. I guess that’s why people eventually quit their day job at Starbucks. They probably get fucking sick of smelling burnt coffee all day, every day.

When you’re producing another artist’s record, how much of a say do you get in the songwriting or arranging process?

It’s not really about that, going in. It’s a case by case, song by song basis. If they want my help or I feel strongly that I can help make it better, I will invite myself to the party.

You’re quite the multi-instrumentalist. What was the first instrument you learned to play, and how did you pick it up?

I started with drums. I begged my parents to take me to see KISS when I was eight years old. That did it for me. I wanted to be in a band. Then I realized I hated sitting for that long. And I was attracted to guitars. That eventually became my calling. I was always the guitar player in bands until I didn’t have a singer one day, and just went on doing it myself. Piano and any other instrument, just a faker at it.

That’s a long list. Hmmm…
Elvis Costello, Tom Petty, Bruce Springsteen, John Lennon, my sister’s boyfriend in the ’90s…but all the way up to now, I’m constantly influenced by songwriters. Old and new.

It’s not worth talking about. It was so bad. I think it was called “Shot In The Dark” or something. I just remember that same year Ozzy Osbourne came out with a song with the same exact name and our band was so fuckin’ bummed. Like it was ever going to compete with The Oz Man.

Well. Sometimes you write when you aren’t trying. While driving, in a plane, walking in a city, riding a motorcycle. That’s when ideas and melodies come to me. Not “riffs” but lyrics and things like that. I see a guy, sitting at a bus stop, and sometimes I will just think I have his whole back story figured out. I might be wrong, but at least a scene can inspire a chapter to write in that person’s life. Trying to punch a clock at some “writer room” or “writing retreat”…that ain’t gonna do it for me. It’s not a business to me.

I have to say, for obvious reasons, I’m very proud of “Father’s Day.” When my father passed last year, I immediately knew I was going to write that song. I just didn’t know how to finish it for awhile. Still hard for me to play it without crying. All in good time…

Hmm. Don’t know. Honestly I would have a hard time saying that about one of my own lyrics. That’s a little too “happy birthday to ME”. But Ryan came up with one lyric in “Father’s Day” that says “got this lack of motivation, moving me all over the place”… fuck me, Ryan. He’s a madman wizard.

To my record? It’s too early for that question. You gotta give me a couple years to get sour on some of it. But if you mean to a lyric by someone else, I’d have to say I am not too stoked on that “Bang Bang” song. “Bang Bang into the room, Bang Bang all over you.” I mean…come on. It’s a song being sung by young girls FOR 12-year-old girls that listen to pop radio. I’m not a prude by any means, but that’s a little shitty. Well. Who am I to judge…I’ve written some real stinkers in my time. But you asked, and I’ve earned it so…

I don’t know. People at my shows always seem to get a little emotional when I play a song called “Joan.” They like “ATL,” “Be Good Until Then,” but going back to “Father’s Day,” that one isn’t even out yet but I’ve been playing at shows and having grown men coming up to me and choked up afterward.

I used to think Mike Trent and Cary Ann Hearst were. Mike was my writing partner on a lot of the Black Widows stuff I did for my records and I produced a solo record for Cary Ann that was criminally underrated. I don’t feel so bad for them now though because their band, Shovels And Rope (they were my opening act a couple years ago…) play bigger rooms than me now. I’m gonna have to ask them if I can open for them.

If I told you, I’d have to kill you. With all due respect, That’s too personal to answer. I don’t want anyone thinking differently about me or trying to get inside my head by knowing the answer. 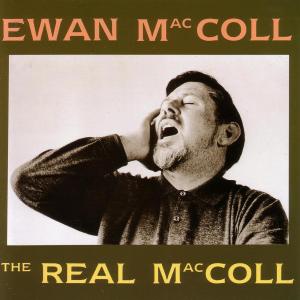