After working on Lizzo’s paramount album Cuz I love You in 2019, X Ambassadors were nothing if not inspired.

When it came time in early 2020 to work on another album, the band took time out to work with various rising artists. The result is their new album Eg, which finds the X Ambassadors collaborating with three new artists on three separate singles, including “Ultraviolet.Tragedies” featuring Terrell Hines, “skip.that.party” with Jensen McRae and the latest single out today, “Torture” with guest Earl St. Clair.

“This idea came about, because we had started to do a bit of songwriting and production for other artists when we worked on Lizzo’s record,” X Ambassadors vocalist Sam Harris said. “And that was so much fun. And prior to that, we had done a bit already for a few other artists. We have always just been a collaborative group by nature.”

“Ultraviolet.Tragedies” was the first single to introduce the project. The song was written by X Ambassadors at the foundation, but it didn’t fit into the new record they were working on and it also didn’t fit into the mixtape Hines was gearing up to make. Both parties interested, they landed on a feature. As the first track was released, it propelled the remaining vision and creative fluidity for the nature of Eg.

Like “Ultraviolet.Tragedies,” some of the songs were generated from X Ambassadors’ own material, with other songs being written primarily by the featured artist with the band collaborating and providing the platform.

“And lot of them are working on their own projects,” Harris said. “So I wasn’t going to try to convince them to put out a song that we wrote.”

Songs like “Skip.that.Party,” written by McRae, offered X Ambassadors a chance to take a backseat and try out other roles like producing or backup vocals. “She sent me a couple different things,” Harris said. “And one of them was ‘skip.that.party,’ which was pretty much written completely and I was just floored by it. It’s also a nice outlet for us as a band to kind of have this space where we can make whatever kind of music we want. And we don’t even have to sing, or I can just sing harmony on it, or do the production.”

Having felt stifled in the early days, X Ambassadors empathized with emerging artists and wanted to give them a platform to say yes or no to whatever they wanted. In turn that hunger and tenacity of new artists energized what was to come from X Ambassadors.

“It’s inspiring for me to see a lot of these younger artists like Jensen and Terrell, who are fresh out the gate, and not giving a fuck about what anybody is not telling them they should or shouldn’t be making. They already have such distinct voices.  I feel like I’m still finding my voice as a songwriter and as an artist. So, it’s inspiring for me to be around that kind of energy.”

“Torture” the final track, out March 12, was one more instance of equal collaboration among both X Ambassadors and St. Clair. The song was created at the height of pandemic limitations, written, and recorded via Zoom in just one day.

“Earl hopped on a Zoom call and I started one idea with just a loop,” Harris remembers. “And I wrote a hook over that. I sent the loop and the hook to Earl and he freaked out and said, ‘this is awesome. I know exactly what to write to this.’ And he wrote these incredible verses and we finished it in a day.”

In addition to the features and collaborative songwriting, X Ambassadors provided another platform for Hines, McRae, and St. Clair by including a video counterpart to each single, which offered a kind of interview/performance element to the videos and a deeper look at each artist.  But with no budget and a pandemic surging, the feat was not easy, and forced the band to record all the footage socially distanced, remotely, or separately. Regardless, the end result was outstanding.

“I wanted every release to feel like an episode,” Harris said. “Like something more than just a new song. I wanted it to be this kind of hybrid documentary performance interview with each of the artists that were featured on the project. Because I just wanted our audience to get to know them the way that I did.

“We were able to kind of pull this off really scrappily, but safely,” Harris adds. “It was pretty incredible. I’m very proud of everyone.”

As Eg nears a close and with so much affinity and energy tapped from emerging artists, X Ambassadors is excited to revisit this kind of collaboration again at some point.

“I would love to continue with this,” Harris said. “I’m constantly frustrated when I find an artist who I think is so incredible, so marketable and inspiring, but no one knows about them. It makes me want to do everything in my power and use whatever platform we have to try and shine a light on some of these artists.” 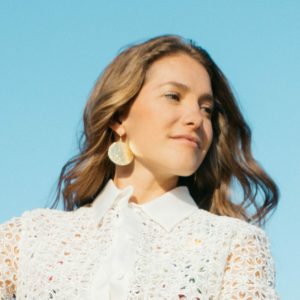 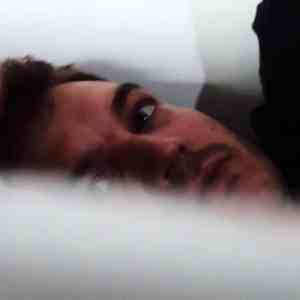