“In my feeling, there has never been a more freeing or exciting time to be an artist than now,” Caroline Jones told American Songwriter.

One of the most prominent modern-day torchbearers of the “Gulf and Western” blend of country, pop and rock, Jones is almost like a link between an older tradition of music and a new wave that’s just beginning to blossom. Cutting her teeth by touring alongside the likes of Zac Brown, Kenny Chesney, Vince Gill and her mentor, Jimmy Buffett, she’s acquired sensibilities and skills from the classics all while retaining a sense of freshness and empowering femininity. Now, on March 12, she’s releasing a new, equal-parts-badass-and-catchy single, “Come In (But Don’t Make Yourself Comfortable).”

“This song started as a joke between me and my recording team,” Jones said. “We songwriters are always searching for unique and clever turns of phrase. I was delighted to find a colloquialism—‘come in and make yourself comfortable’—that hadn’t been turned on its ear in a song yet. When I wrote the line I put up with you but you ain’t gettin’ in my pants, I knew that I had to record the song and play it live—can’t pass up the opportunity of that kind of sass!”

While getting a chance to play the song live remains a foggy prospect for the next few months, Jones is, as aforementioned, on the cutting edge of where the music industry is heading. Joining a fast-growing trend among songwriters, she did something that, until now, has been impossible for musicians to do: she began teasing “Come In (But Don’t Make Yourself Comfortable)” before it was even done being written.

“I wrote the verses and posted a little acoustic video on Instagram, which received a great response,” she remembered. “Then, a few weeks later, I wrote the B-part, which is sexier and more pointed than the verse.”

See, this new phenomenon of artists teasing music before it’s finished is allowing writers to get a better perspective on their audience, their output and the relationship between the two. “There are more options than ever before in terms of production, style blending, finding a niche audience and sharing content in real-time without the filter of a middleman,” Jones continued. “Of course, there also exist great challenges, such as the infinite flood of content and old/new compensation structures vying for dominance. Just like every other artist, I am learning to navigate this new age, but with great optimism and gratitude, as it seems that the artist-fan relationship is the center of focus, as it should be.”

Coming ahead of her sophomore album due later this year, “Come In (But Don’t Make Yourself Comfortable)” also offers fans a sneak peek of a more experienced Jones. “I’ve been writing and recording my sophomore album for the past year,” she said. “It’ll be a bit more musically raw and energetic than my first. It reflects my maturity as a songwriter and, especially, as a performer and musician. Touring with Zac Brown Band, Kenny Chesney, Jimmy Buffett, Faith Hill, Tim McGraw and The Eagles gave me a lot more confidence and grit as an artist. Hopefully, you can feel that. However, the cornerstones of my style hold true in this record—a blend of country, pop and singer-songwriter styles.”

While Jones has always been a skillful instrumentalist—as evidenced by the fact that she played nearly every instrument on her debut record—this new batch of songs sees her stepping into a new sonic environment. Still providing plenty of instrumental parts—including a blistering Telecaster solo on “Come In (But Don’t Make Yourself Comfortable)”—Jones is also joined by an A-list team of Nashville session players.

“For this album, I invited a few more musicians into the studio in order to add more energy and color to the basic tracking session,” Jones explained. “We were able to get the most out of the rhythm section when they played with a few more musicians as opposed to a very sparse guitar demo with no other instruments. Plus, folks like Danny Rader, Derek Wells, Jason Roller and David Dorn create sounds that I would never think of. It raises my game as a guitar and keys player and adds more colors and textures to the sonic palette of the record. After we get those parts, I take the tracks and add my parts—guitars, other acoustic instruments, keys, background vocals, programming, etc. The fact is that these are the best musicians on the planet and they’re an absolute joy to work with. Can’t say enough good things about the Nashville session folk.”

Ultimately, “Come In (But Don’t Make Yourself Comfortable)” is a testament to Jones’ exceptionally organic vision and skill as a songwriter. With her genuine love for music at the forefront of the sound, Jones co-produced all of her upcoming releases with Ric Wake (Mariah Carey, Whitney Houston, Trisha Yearwood, Celine Dion and many more), instilling each song with a pinch of that traditional beauty and new, innovative brilliance.

“It’s just magic,” she said. “I adore the process of layering sounds and instruments. I love the alchemy of a production coming together. And now more than ever, there are a million creative ways to produce. More organic, less digital—more digital, less organic. It’s all artistic; it’s all colors to paint with; it’s all music.”

Caroline Jones’ new single, “Come In (But Don’t Make Yourself Comfortable)” is available everywhere on March 12. Watch the studio performance video for the song below: 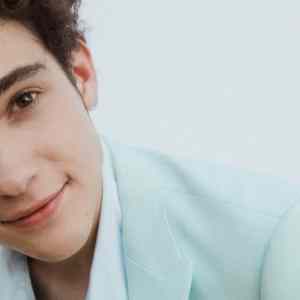 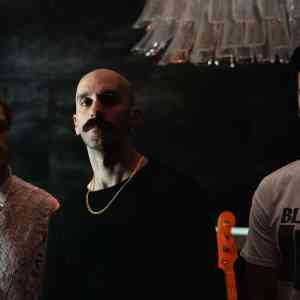