Everyone deserves to be loved.  That is the message Athens, GA singer/songwriter Brendan Abernathy wants you to know with his new single “You Are Loved”.  But as everyone knows, it’s easier to dish out advice than to believe it ourselves. “I think I still struggle to believe that I’m loved,” he admits when asked if he’d accept his own message. “I write music either to run into emotion or run away from it, and in this case, I was trying to convince myself of what I ‘know’ is true.”

Sounding like a younger Adam Durwitz or a reboot of Gin Blossoms, Abernathy absorbs that rock/dance/pop hybrid that was popular during the early 90s and gives it a blast of fresh oxygen. Like those bands, he captures that “awww shucks” likability that makes his song and message instantly embraceable.

The universality of his message that everyone deserves care and love is especially needed in these dark and divisive times. Isolation was bad enough pre-pandemic, but the loneliness and detachment caused by self-distancing and quarantine has amplified it, affecting millions who suffer from mental health issues and anxiety. “That’s what makes ‘You Are Loved’ powerful,” he explains.  “It feels like this is an inspirational driving-and-dancing anthem, but when you let the details sink in, it’s very relevant to the pain we are feeling across the board as a society right now. Everyone is out here working for something we believe in, but nothing is going our way so we’re just about at our breaking point. ‘But I feel you, keep going,’ is basically what the song says. And I need that reminder every single day.”

It’s a noble effort that, had his song not been so darn infectious, might have fallen on deaf ears, but Abernathy is so unaffected and nonthreatening that he comes across not as a “Hang in there /Cat hanging from a tree” poster but as a friend who puts that hand on your shoulder or gives you that hug when you need it.  He’s so “awww shucks” that he puts Ed Sheeran to shame.

Perhaps part of his likability is built on survival, a necessary trait needed for the kind of touring that he did… pre-pandemic, of course. After his college graduation, while his friends headed off to their cushy jobs in different cities, he opted to try it out as a musician… which, for him, meant playing house shows, couch surfing on strangers’ furniture, and living transiently, including living out of a car. “I’m really thankful that this question sounds so redemptive,” he laughs when asked about what turned him around from this vagrant lifestyle. “I must admit that I still live out of my car. However, it’s a choice I make (and one that my mother hates). I used to say that if money didn’t matter, I would travel the world and write. Living out of my car enables me to do just that. If I can drive there, I will play a show. It helps me leave nothing on the table, put everything I have into my art, and connect with people all over the country. So I love it.”

While this sort of ephemeral existence can be hellish to some, Abernathy sees it not as a means to an end but his method toward reaching people and spreading his good vibes. Unlike a quick meteoric rise afforded to some through instant fame from, say, American Idol or being the flavor of the week, he wants to slug it out in the trenches so he can later appreciate the spoils. “In reality, it’s more about loving the process to me than loving the end goal,” he explains. “Do I have goals to be someone that millions of people listen to and admire? Yes, but if I’m not living in an inspiring way in the times of relative anonymity, I will not be worth admiring down the road.”

With the pandemic wreaking havoc on the traveling troubadour lifestyle of a touring musician, it hasn’t broken his rhythm.  “Oddly enough, I’m in Boise, Idaho and am back on tour,” he says, which raises an eyebrow when large gatherings are discouraged.  But he explains, “The shows are totally free, outside, and socially-distanced, which can be a bit weird as the performer at times. But I don’t do this for myself; I create and perform to impact people. And now more than ever, people need the release and community that comes from live music. My music is all pretty raw and relatable to tough times but also speaks of hope, so these ‘Yard Shows’ are really hitting home.”

So while fans and soon-to-be fans gather – six feet apart, of course – to catch his performances to escape their caves of isolation, Abernathy’s shows are not only a cathartic return to live performance, but offer his audiences a feeling of community through songs like “You Are Loved.”

“My goal as a musician is to see people and love them,” he concludes in his trademark awww shucks fashion. “But I feel like I’m not into writing love songs, so this song is more of a song for the unloved and the uncelebrated. I think we need this more than ever right now as people lift their voices for amazing causes and see far too few immediate results. It’s here to say, ‘Keep grinding for this thing because even if no one tells you, You Are Loved’.” 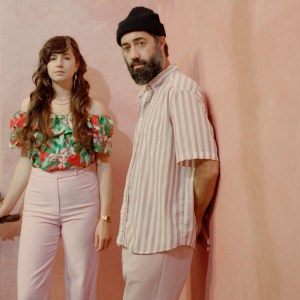 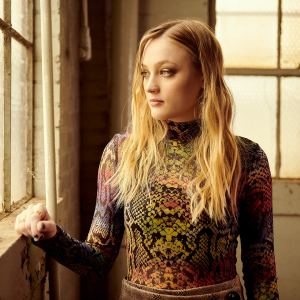