Tami Neilson’s smoldering single “You Were Mine” now has a smoldering visual to match.

“This video was directed by my brother Todd (who went full Tarantino!) and the song was written with my brother Jay, born out of a conversation we had about life after losing our Dad,” Neilson tells American Songwriter of the flick, which premieres below. “We spoke about how we tend to use traumatic or life-altering events as markers in our lives and it’s suddenly split into 2 categories: ‘before’ and ‘after.’ That loss became the way we measure time. This song definitely hits differently this year. I think we have all had that line drawn in the sand and our lives will never be the same.”

“You Were Mine” was the fourth and final single off the New Zealand-via-Canada crooner’s latest album, CHICKABOOM!, which arrived back in February. The video shows Neilson driving through the night before watching her car go up in flames.

“Sun comes up / Sun goes down / World keeps rollin’ around and around / The hands on the clock going / Tick-tock-tick-tock / That ain’t the way that I measure time,” Neilson growls in the track. “There’s just before / And then there’s after / You were mine.”

“You Were Mine” wasn’t Neilson’s first release to deal with her father’s death.

“As a touring mother, at the end of the day, everything I create filters down from my family,” she told Lee Zimmerman earlier this year. “The Don’t Be Afraid album filtered down from losing my father. It came out of that experience, and it emboldened me just to speak my mind and not be afraid of the reaction. Yes, there are creative decisions, but when you’re a parent, there are also practical decisions. You have to make the most impact in the shortest amount of time.”

That injunction—to make the most impact in the shortest amount of time—extends to CHICKABOOM!, which sees Neilson delivering ten powerful tracks that total just 26 minutes.

“I love the words,” she told Zimmerman of the album title. “I think I have a thing for three syllables and an exclamation point. Chicka Boom! sums up the sound of rockabilly music and Sun Records. You really get the feeling of what it’s getting at it. For me, it describes the songs. I really wanted them to pop and explode. I had this picture of this little string of firecrackers while I was writing it.”

It’s easy to picture that string of firecrackers while watching Neilson’s “You Were Mine” video, given that her car is literally aflame. Meanwhile, her voice is smokey and searing as she delivers the final, titular line over and over again. Check out the video below, and read our review of CHICKABOOM! here. 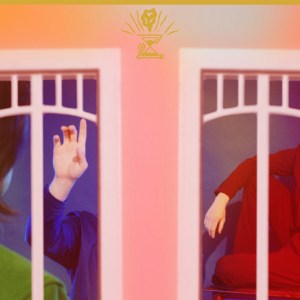 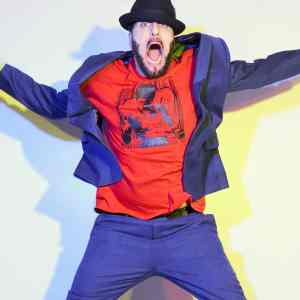