Like a Deep South cross between Tom Petty and Elvis Costello, Atlanta power pop trio Young Antiques have always been one of those bands who manage to write mature, impeccably intricate rock songs without ever making them sound overthought. Fans have been starved for more material as the band has been on hiatus, but that is about to change when the band release their new single, “I Think You’ll Never.” The song is taken from Another Risk of the Heart, their first album in a decade, which is set for release on June 5.

“I Think You’ll Never” is a love song – but it’s different from most, in that lyrics tell a story of a relationship where ending is purposefully left ambiguous: it’s unclear whether or not the couple will work it out or not. It’s a much more realistic look at love, which is rarely as simple as most songs would have us believe. Musically, it’s an intricate yet energetic slice of classic jangle rock, and the latest example of the astute songwriting that has made Young Antiques a cult favorite with fans since their album Wardrobe for a Jet Weekend set them apart from their peers two decades ago.

Frontman and principal songwriter Blake Rainey says it’s no accident that “I Think You’ll Never” makes Young Antiques sound like they are reemerging at the peak of their songwriting powers. “[It’s] a song that we couldn’t have written on the first go-around,” he says, adding that lyrically, it “plays to the fears, complexities and pitfalls of long relationships. It’s about those times where you don’t have confidence that the person you’re investing in, the person you’re spending your entire life with, is really there, really connecting. There are themes of giving up, and a feeling of knowing a person really, really well, and realizing that they’re maybe not what you had hoped, and that the life you started with them wasn’t what you’d dreamed of.”

Another Risk of the Heart is, overall, also about love – but again, not in the usual terms. Instead, Rainey says, this album “is a love letter to the band, and to the act of trying to make the best music of your life – years after that halo of your 20s, after the point most people figure rock and roll bands typically ‘peak.’”

Young Antiques certainly aren’t alone in this refusal to allow any kind of age limit to impede their work.

“Right now, Nick Cave and Dinosaur Jr. are out there making the best music of their lives. They’re just going with it, and while they have a leg up financially, they’re still making amazing music,” Rainey says. “But more importantly, they’re making it ok for under-the-radar artists who have been around to keep going. To keep making better and better music, damn the odds. The way I feel about reuniting with this lineup and putting new music out? This is just what we do. And what we’ll keep doing. End of story.” 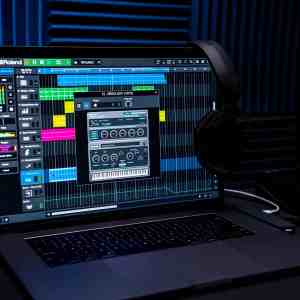 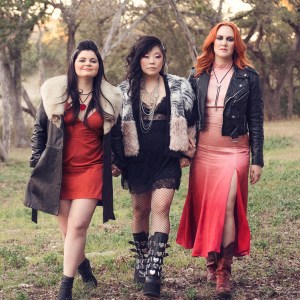