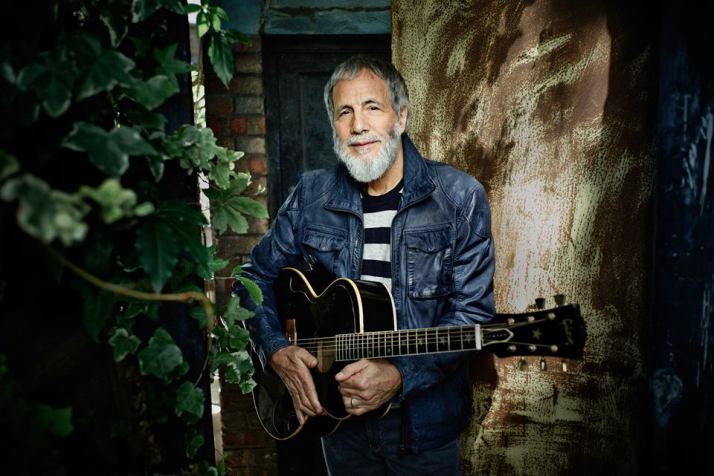 It was a revelation to see – and to hear – Cat Stevens, aka Yusuf – during the last night of his brief five concert tour through America, for many reasons, but the biggest is that he’s still with us. After his conversion to Islam and retirement from music, and subsequent political statements, it seemed we’d never see him as the artist we loved for decades. Like so many of his peers, be it Jim Croce, Dan Fogelberg, or John Lennon, it seemed he was lost to us forever. In 1979, he left the world stage, just before John Lennon was killed, and the world changed forever.

But Cat is not gone. He’s still with us, and his voice sounded as resonant and beautiful as since the days we first heard gently enchanting songs such as “Moon Shadow,” “Wild World” and “Peace Train.” It was his first tour in almost 40 years, but he lost none of the magic. His spirit seemed calm, and joyful. Many times he joked with the crowd, and seemed happy to be back in the city he identified as home of “the angels!”

And although he put down his guitar completely for decades, he returned with gentle and focused triumph, seeming to connect smoothly with the peaceful and soulful textures of his beautiful songs. The entire night rang as a testament to the power of song. Though some Americans turned on Cat for his allegiance to Islam, on this night there was nothing but love for this man who brought us such powerful work. And the songs sounded as great as ever, and as timelessly inspirational.  Whereas other work hard to achieve the artifice of spectacle, he turned inward, away from anything  contrived or false, and sang from a pure and poignant heart.

Against a beautiful backdrop of an old train depot, behind which was an old English home and windmill, and shifting colors of the sky, he sang a collection of covers, some new songs from his most recent    album, and many of his most famous songs.

Dressed in dark shades with a striped shirt and  vest, matching his entire band also in stripes, he shared an emotional and genuinely collective experience with the sold-out Angeleno crowd by having the house lights turned up after every song, so that he could see us as well as we could see him.

And we were smiling. The crowd was imbued with a joyful wonder all night, a pleasure to behold. Rarely have I seen so many strangers smiling and communing, just in love with the idea that this guy we adored so and thought was gone forever had returned.

But “we’re still waiting for the train” was the sad truth underlying the entire evening. That train being, of course, the fabled “Peace Train” he has been singing about since the end of the 70s. Here we all were at the eternal train station, waiting for an arrival that never came. As well known, the world is as distant from peace as ever, and he acknowledged, “the peace train for platform one has been delayed…. this train hasn’t come yet. But I’m gonna sing about it.”

Yet he comes across as a man at peace, and sang with a tender sweetness and authority all night as he led us through the hits as well as the beloved non-hit classics, such as “Father and Son,” one of the most stunning moments of the night.

When he saluted the giant crowd of hometown angels, he said we do have angels in our world, our children, and “we need to create a space for them.” With that he launched into the great “Where Do The Children Play?” – its famously bright  D-major acoustic guitar shimmer perfectly projected by his old bandmate from the start, Alun Davies. For the visceral delivery and power of this song alone, the night was worth the price of admission.

And no small price. Many in the crowd told me of the small fortunes they invested to be among the lucky ones to witness his heralded return. But happy to do so. Thrilled, in fact, not to miss this moment. Although he did 15 stops around the world on this tour, only five were in America. Problems with his New York date caused him to cancel it completely, and add, instead, Philadelphia.

Recognizing people had come from near and far – even beyond the vast confines of this giant city – he joked by saying, “So, all of you are from L.A.?” The crowd roared as he acknowledged how far some had come. But none as far as him.

He’s a man of well-known politics and philosophies, but eluded the former to share instead a larger world-view. Many times he reminded us of our shared journey, and that though the peace train has yet to pull into the station, there remains hope for its ultimate arrival. “When we start out on a journey, we don’t have a map,” he said, “so the destination’s unknown.” With that he launched into the powerfully visceral “Miles From Nowhere.”

He shared funny bits of his personal history, including the news that his song, “Father and Son” was the first mp3 ever, this great creator of classic albums ushering in the digital age. “You owe me, iTunes,” he laughed.

His gentle humanity shone throughout the night, and especially when, after introducing his wonderful six-piece band, he took the time to thank his roadie – who even got to bow! – and the guy on lights. Who does that?

He intermingled famous and new songs with unexpected covers, including a spirited turn on the Curtis Mayfield classic, “People Get Ready,” the ideal foundation for his whole show (“people get ready, there’s a train a’comin’….”) as well as one of the most famous songs of peace and love ever,  John Lennon and The Beatles’ “All You Need Is Love,” which rang with impassioned spirit and pure musical exultation. He also brought us what he called a song from “one of my favorite singers,”  Sam Cooke’s “Another Saturday Night.”

He also reminded us of those halcyon days when his music wasn’t only the soundtrack of our lives, but of one of our most favorite and magical movies, Hal Ashby’sHarold and Maude. ”Once there was a movie,” he said, and sang a song composed for the film, “If You Want To Sing Out, Sing Out.”

He also mentioned suffering from a “strange, medieval disease called TB” before doing the song that arose from that crisis, the early gem “Trouble.” He added a whole new groove to the unexpected “Bitterblue” that rocked, and brought us an impassioned and very touching, “Oh Very Young,” which shone.

He delivered several charged blues from his new album, Tell ‘Em I’m Gone, including Jimmy Reed’s great “Big Boss Man,” which showed the passion in his range, and his soulful cunning with a lyric. Riffing off of Mose Alison’s famous reworking on “You Are My Sunshine,” he turned that Americana gem it into a bright blues stomp, with some nifty passing chords worked into the mix.

And throughout he peppered the crowd with bits of philosophy, but never so pointed as to be pedantic. “I have dreamt of a place,” he said wistfully, “where no one ever gets annoyed.” To much laughter, he added, “We’re not there yet.”

When some players in the band sat out during a song, rather than exit stage they sat together at the depot, waiting for a train. Their playing stations were situated throughout the set, with the drummer far in the back on one side, and on the other the keyboards. During the beautifully elegiac “Sitting,” the artist sat at the piano and played the intricate part, before singing of the biblical “power growing in my hair.”

“We’re all here to learn,” he advised. “Yet some of us aren’t learning.” His band, however, learned well how to color these songs without overwhelming, bringing us one of the most refined and elegantly  defined rock shows in recent memory.

At the end of a beautiful night that consisted of two sets with a long intermission, in the encore he finally brought what everyone was waiting for , the great song “Peace Train,” which he sang and led the crowd in singing, and united this big hall with inspiration and hope rarely felt in these modern times.

Towards the conclusion of the night, when it was clear that Cat was about to say goodbye once again, a guy in the front yelled, “See you in another 40 years!” Cat just smiled. And left us all hoping we don’t have to wait so long. “If I’d known I would enjoy it this much,” he said before leaving, “I might not have stayed away as long.” 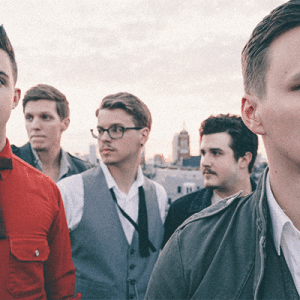 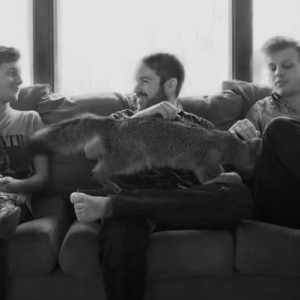