Singer/songwriter Zara Philips has quite the backstory. Born in the UK, adopted, moved to the US, continually searching for her Italian birth father only to find him later in life a few miles from her home in New Jersey. A backup singer who found herself touring with Bob Geldof in the ‘80s, Phillips is finally coming into her own with her new album Meditations & Kit Kats, which includes the single “Perfect Strangers” premiering here with American Songwriter.

Oh, and her new album features guitar great Richard Thompson, who produced and plays guitar on the record, and with whom she tours and sings backup.

“Perfect Strangers” will resonate with fans of Shoot Out The Lights, Richard and Linda Thompson’s classic meditation on the toll of emotional distance and the psychological games it plays on the mind. Thompson’s distinctive guitar work adds depth and a supportive musical bed, while Phillips solemnly circles and dances around those closest to her, wondering who to trust. David Mansfield (Dylan’s Rolling Thunder, T-Bone Burnett, Alpha Band) adds sympathetic fiddle and Phillips’ daughter Arden joins in on harmony vocals.

Fell from a cloud, look where I landed/Always dancing with danger

Running and falling, shaking and breaking/Dancing from stranger to stranger

Why do I have to pay the price/For crimes I didn’t do?

“I always think a song is about more than one thing,” Phillips says. “But with ‘Perfect Strangers,’ that’s what it feels like as an adoptee. You’re standing with people that are your blood and you look like them. But I’m a stranger to them and they’re strangers to me. All the lyrics in the song are about having to mold oneself and adapt. Particularly in the last few years of meeting my birth father, here I am again, the stranger on my best behavior because I want to be accepted by these people.”

Phillips has long been advocating for the right for adoptees to have access to their birth records. Like many adoptees, it’s been a thread through her life, and music and art has provided her an outlet for searching and understanding.

“In 2009 I did a song called “I’m Legit” with Run DMC’s Darryl McDaniel, who was also adopted. We were bringing awareness to the fact that birth records were still sealed in New Jersey, and other states, so you couldn’t find out who your parents were. That really got me back into music.”

Phillips started her career almost on a whim. When she was 20, she was staying with a friend who was singing backup with Bob Geldof. The record company called and needed another female singer in the video. Phillips wound up in Geldof’s video and then went on the road with him. From there, “I just sang every day because I knew I had to get better.”

She started writing and moved to Los Angeles. “I didn’t plan on staying but I got married, had three kids. It was always a juggle to try and fit music in.  We moved to New Jersey in 2005 and I still didn’t do that much music.”

“I was writing about my experiences as an adoptee. I was using my music in different ways. I was doing presentations, had a book published in 2009. I had a one-woman show “Beneath My Father’s Sky” with music in it, which was about my adopted dad and the search for my real father.”

It was around 2012 when the dots between music, New Jersey and the search for her birth father started connecting, unbeknownst to her.

“All I knew about my birth father was that he was Italian, and his name was Vittorio. My birth mother and father had a brief relationship and he didn’t know about me. In the Sixties to have a baby when you’re not married was very shameful. She was made to give me up. I met my birth mother in 1988. She told me my father was half Italian, what his name was and said she really knew nothing else.”

Spurred on by friendships with musicians in the area she picked up the guitar again. “I started performing music again and coming to open mics down at the Jersey Shore at places like Jamian’s and Cook Smith’s Traveling Open Mic. I met a lot of musicians in the Asbury Park area. People like Al-Vis, Jim Ferrante and others. I met Carol Barbieri, who was adopted like me.”

Through ancestry DNA testing, Phillips was able to locate her birth father and it was a shocking reveal. “All those years I was singing in clubs and open mics in the Red Bank area and my birth father was literally three miles away and I had no idea! And he was originally from Rome, lived in London and then California and then New Jersey. We followed each other without knowing it!”

“I met him a few times and we spoke on the phone all the time. I absolutely adored him. I felt an instant connection. Sadly, he passed away last year unexpectedly from a heart attack and it was such a shock. On top of that, my adopted dad, who was elder, passed away nine months prior. It was an awful time. But I was happy I got to meet my birth father and now I know my siblings and have relationships with most of them.”

During this time, Phillips met guitar hero and singer/songwriter Richard Thompson and the two hit it off. “We’ve been in a relationship for three years. At the beginning, I didn’t want to sing in front of him and I definitely didn’t want to play guitar. He said, ‘you really need to get over that.’ I wound up singing on his album 13 Rivers. He just made me do it and I didn’t have time to think about it.”

“And then it developed into playing a few songs with him live. And now I do a bunch when he does his acoustic shows. He had his 70th birthday party at the Royal Albert Hall and I was finally in the band and that was so much fun. I did backup vocals for all the guests like David Gilmour.”

Thompson produced and arranged Meditations & Kit Kats. “When you’re working with someone like him who plays the way he does, and I’m such a basic guitar player, it can be intimidating. But it was great. He would offer suggestions and I learned a lot. It’s been very easy, and he’s been incredibly supportive. They’re my songs that he just helped craft.”

“The whole album is about working through life, death, adoption, connection, children, motherhood, divorce and loss. I couldn’t write for a while after all the deaths. But when I did it came quite quickly. There was enough in me and I knew it had to come out.”

Zara Phillips will premiere Meditations & Kit Kats with a live stream performance this Saturday May 9 at 4 pm. Richard Thompson will accompany her on guitar and vocals. 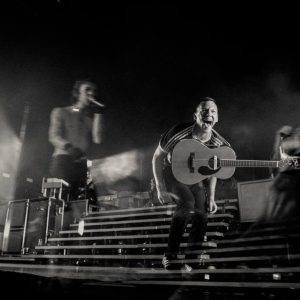 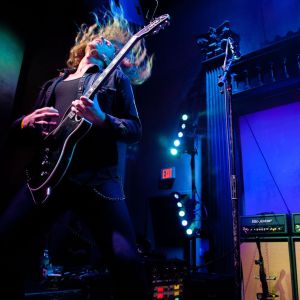