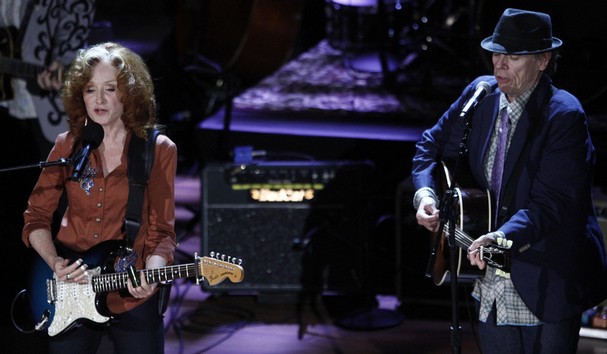 If ever Americana music has lived up to the recurring insider joke—and point of pride—that it’s so all-encompassing a field only a “you’ll know it when you hear it”-style broad brush will do it justice, it was last night at the 11th annual Americana Honors and Awards. Even areas in which the show had occasionally been lacking in the past—racial and generational diversity, representation of R&B-based music—were covered with notable care.

The really remarkable thing, when you consider that this was a produced show—even one that was broadcast live on T.V. and radio—was the emotional range from start to finish.

There was explosive, barely contained ecstasy—in the James Brown please-please-pleading tradition—when Brittany Howard strolled the stage, singing and shouting “Be Mine” with her young, indie rocking southern soul comrades in Alabama Shakes, who took home the Emerging Artist of the Year trophy. Rhiannon Giddons testified to her “Country Girl” bona fides in brassy fashion, with her band, The Carolina Chocolate Drops, churning out a hip-hop groove on old-timey instruments alongside her. And there was no hotter or flashier moment than the reunited, nine-piece Mavericks’ performance of their horn-spiked Latin rocker “Come Unto Me.”

Punch Brothers used their virtuosity as a vehicle for expression. Forming a half-circle around a pair of mics to play their labyrinthine instrumental “Flippen,” they fed off the live energy and gave back a nearly physical exuberance, animated mandolinist Chris Thile especially.

During the earlier show opener, “Green Onions,” Booker T. Jones—on organ, of course—and Richard Thompson—filling Steve Cropper’s electric guitar role—made their mastery of deceptively simple licks into a richly pleasurable experience. And when Thompson returned to the stage to do what he’d really come there to do—play his own “1952 Vincent Black Lightning” in honor of his Lifetime Achievement Award for Songwriting—there wasn’t the slightest sense that he was going through the motions—only fleet-fingered, resonant-voiced command and a hint of fire still in the belly. 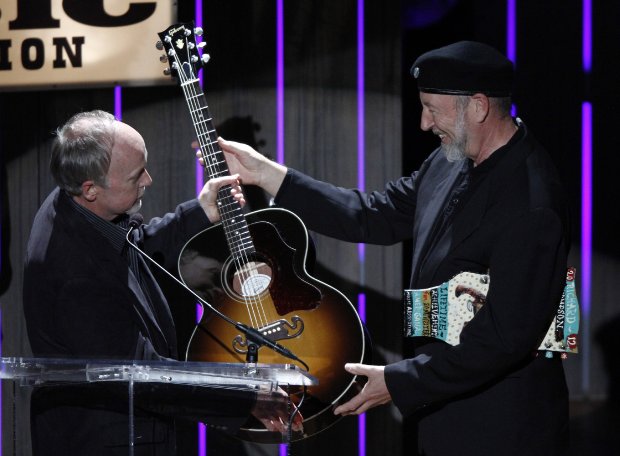 Jason Isbell and the 400 Unit struck an anthemic tone—equally down-home and worldly-wise—with their Song of the Year winner “Alabama Pines,” and, later on, a super-group cover of “The Weight” made for a galvanizing finale.

The latter was a tribute to the late Levon Helm. Reverence is something the Americana Awards show has always done very well, but on this occasion, the gestures were particularly tasteful and touching. Guy Clark’s time on stage was marked by a rare qualit y for an orchestrated event: unvarnished vulnerability. In tribute to his late wife, Susanna Clark, he played a stripped down, movingly imperfect rendition of a song he’d long ago written for her, “My Favorite Picture of You,” before the album produced by his friends in tribute to his body of work—This One’s For Him—was named Album of the Year. 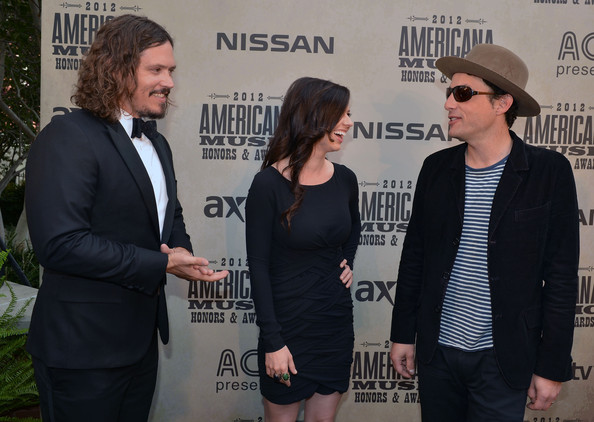 No matter the category, almost all the winners—including those who didn’t perform (Duo/Group of the Year The Civil Wars) or weren’t able to make it (Artist of the Year Gillian Welch and Instrumentalist of the Year David Rawlings)—were also songwriters, since original songwriting is Americana’s most faithfully celebrated form of expression. But there was also the towering, gracious guest of the evening, Bonnie Raitt, who represented for the art of song interpretation.

Earlier in the afternoon, during her keynote interview with Ann Powers, she’d attributed the thorough eclecticism of her body of work to the fact that she doesn’t write many of her own songs and is free to lay claim to the array of songs and styles that move her, songs she feels she can inhabit with immediacy and warmth night after night. It’s fitting that Raitt received the Lifetime Achievement Award for Performance.

In her limited time on stage—accepting her trophy and presenting another, as well as performing two songs from her repertoire—she managed to show her appreciation to three of the songwriters who’ve provided her with memorable vehicles: Thompson, John Hiatt and Al Anderson. And that celebration of the art of selecting and inhabiting songs was another wonderful addition to a heady night. 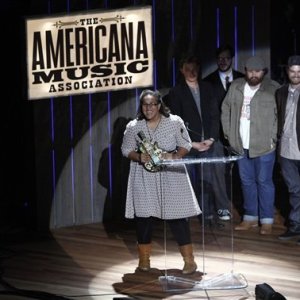 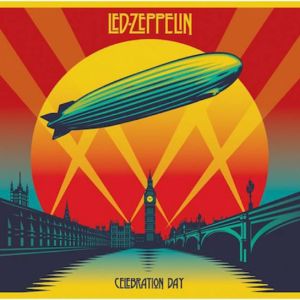