Shania Twain’s new documentary Not Just A Girl delves into the country star’s sprawling career deeper than ever before. Using archival footage as well as exclusive interviews with Twain and a few famous friends, the Netflix doc charts a course through the Ontario native’s rise from hopeful bar singer to global superstar.

The film also sheds a light on the many struggles that color her nearly 40-year career, including a torrid marriage and her bout with Lyme disease.

While fans got to revisit more than a few iconic moments from her career, there were also a few surprises along the way. Let’s take a look at a few facts we learned from the doc below.

1. Dolly Parton Was Her Biggest Influence at a Kid

Thanks to her parent’s classic country influences, Twain was heavily inspired by Dolly Parton from her earliest days in music. Growing up poor in Ontario, Canada, Twain felt a connection with Parton’s modest upbringing saying, “I thought if she could make it, I might have a chance.”

In one scene from the documentary, Twain runs through an acoustic rendition of Parton’s “Coat of Many Colors” with ease – lulling out the chorus, Although we had no money / I was rich as I could be / In my coat of many colors / My momma made for me.

2. She Performed at Bars as Early as Eight Years Old

Twain marks her mother, Sharon Morrison, as one of her most staunch supporters. Twain revealed in the doc that Morrison would sneak her out in the middle of the night to perform at local bars. Being only 8 years old, she wouldn’t be able to perform until after the “last call” of the night, making her performances well into the early hours of the morning.

Twain credited the impromptu shows for readying her for her eventual success on the world’s stage.

3. She Raised Her Siblings After Her Parents Died

Right as Twain was starting to generate some buzz for her career, her parents died tragically in a car accident in 1987. At just 22 years old, Twain was tasked with taking care of her young siblings—Darryl, Jill, and Carrie-Ann.

“At the time, I just really wanted to quit and get a real job,” she recalled. “I’ve got kids now. I’ve got kids to support.”

Despite taking a break from music, she got her big break soon after the accident. Her mentor and eventual manager, Mary Bailey, told Twain about a singing job at the Deerhurst Resort in Ontario. It was the gig that helped Twain hone her performance style and set her sights on a career in country music.

4. She Started a Bare Midriff Trend In Her Video For “What Made You Say That”

After landing a record deal, Twain put out her debut self-titled record. The recording process started with Twain’s own songwriting efforts, though she revealed they were quickly dismissed in favor of songs from other writers.

To take back an ounce of artistic freedom, she created the video treatment for her song “What Made You Say That.” Steamier than the world of country music was used to, the video showcased Twain in a midriff-bearing black two-piece, as she danced around with a male model on a beach.

Twain marked this video as the moment she began to push her own ideas.

5. She Predicted Her Career During First Conversations With Manager Jon Landau

After her second album, The Woman in Me, made her a household name in country music, Twain decided her next move would need to up the ante. She switched management companies, hiring Jon Landau, known for his work with Bruce Springsteen.

Their partnership led to her third album, “Come On Over” which saw all three of those things come to fruition.

6. Her Third Album “Come On Over” Included 12 Hit Singles

“Man! I Feel Like a Woman,” “That Don’t Impress Me Much” and “You’re Still The One” were just three of the smash hit singles on Come On Over. In fact, most of the album hit the singles market, with 12 out of the 16 tracks finding a home at the top of the charts.

To this day, Come On Over remains the best-selling studio album by a solo female artist. It’s the ninth best-selling album of all time, worldwide. The LP also prompted Twain to embark on her first global tour.

7. One of Her Music Videos was the Most Expensive Ever Made (at the time)

Following the success of her larger-than-life videos for “Man! I Feel Like a Woman” and “That Don’t Impress Me Much,” Twain’s label wanted to up the ante when “I’m Gonna Getcha Good” was released as a single in 2002.

The video for the song is set in a dystopian future, with Twain riding a motorcycle and battling a flying robot. Directed by long-time collaborator Peter Boyd, the video is rumored to cost $6 million. Producers interviewed for the doc called it “the most expensive music video at that time.”

8. Lionel Richie Helped Her to Bounce Back Amid Her Battle with Lyme Disease

The doc takes another heartbreaking turn as Twain reveals the aftermath of her Lyme Disease diagnosis. She recalls blackout spells and a strain on her voice that caused it to “never be the same again.”

After deciding that there was “no reason to put out new music,” Twain was convinced to record again by Lionel Richie. Richie flew out to meet Twain, who was recovering in the Bahamas, to put together a rendition of his 1981 song, “Endless Love.” The collaboration sparked a renewed spirit in Twain, leading to her first residency in Las Vegas.

9. She Lives a Peaceful Life in Switzerland Now

In the doc, viewers get a glimpse of Twain’s stunning property overlooking Lake Geneva in Switzerland. In her talking head interviews, Twain often sits in front of windows with panoramic views of the lake.

Because of her notoriously private life, there’s not much on the specifics of her home, but judging by the sneak peeks viewers get in the documentary, it’s so beautiful it could be on a postcard. See snippets of her house from the trailer below.

To accompany the new doc, Twain released a single of the same name—”Not Just a Girl.” The song sums up the documentary nicely with the lyrics, I pack my suitcases / I’m going places / I’m gonna rule the world / I’m not just a girl.

The song is the only new material on the 18-song soundtrack album. The rest of the LP features all of Shania’s biggest hits from the span of her career. 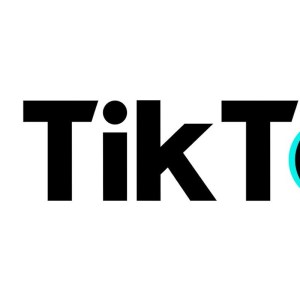 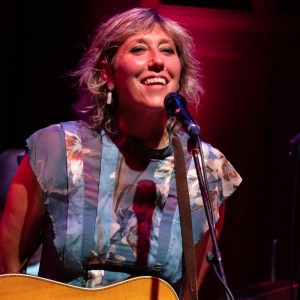