In 2008, David Bowie handpicked 12 of his favorite songs that he wrote and recorded for an exclusive (free gift) CD compilation for the British newspaper The Mail on Sunday.

On the iSELECT: BOWIE compilation—which sold out immediately when first released and became a collector’s item—readers got a listen to one special Bowie playlist, which he curated and sequenced himself.

Along with each selection pulled from his extensive catalog—a majority of which were never released as singles—Bowie added a few words about each song, its inception, or some abstract anecdote.

Among Bowie’s choices were two tracks from his 1979 album, Lodger, the final installment in a trifecta of releases during his detox sojourn to Berlin, Germany in the mid-’70s with Iggy Pop. There was the story about a soulful young woman he met 30 years earlier (“Lady Grinning Soul”) but could never forget, and the tobacco-inspired twist of one of his two Hunky Dory picks “The Bewlay Brothers.”

Based on his own selections from 2008, here are a dozen of Bowie’s favorite songs, chosen by him, and in his particular order.

“This song was so easy,” said Bowie of his Hunky Dory classic. “Being young was easy. A really beautiful day in the park, sitting on the steps of the bandstand. ‘Sailors bap-bap-bap-bap-baaa-bap.’ An anomic (not a ‘gnomic’) heroine. Middle-class ecstasy.”

He added, “I took a walk to Beckenham High Street to catch a bus to Lewisham to buy shoes and shirts but couldn’t get the riff out of my head. Jumped off two stops into the ride and more or less loped back to the house up on Southend Road.”

“Sweet Thing/Candidate/Sweet Thing” was a suite of three songs in one. The eight-and-a-half-minute track comprises the Diamond Dogs’ tracks “Sweet Thing” and “Candidate” and a one-verse reprise of “Sweet Thing,” the track ran eight and half minutes.

Bowie’s second Hunky Dory pick is probably one of his more understated songs next to “Life on Mars?” The softer acoustic “The Bewlay Brothers” alludes to a story about him and his half-brother Terry Burns, but Bowie also offered more abstract meanings behind the song, so it’s not clear what “The Bewlay Brothers” is truly about. Bowie did say he masked his own surname with “Bewlay,” which he pulled from a tobacconist shop chain, House of Bewlay, since the song wasn’t entirely about brotherhood.

“The only pipe I have ever smoked was a cheap Bewlay,” said Bowie in the liner notes. “It was a common item in the late ’60s and for this song, I used Bewlay as a cognomen, in place of my own. This wasn’t just a song about brotherhood, so I didn’t want to misrepresent it by using my true name.”

He added, “Having said that, I wouldn’t know how to interpret the lyric of this song other than suggesting that there are layers of ghosts within it. It’s a palimpsest, then.”

Off Bowie’s sixth album, Aladdin Sane, “Lady Grinning Soul” was a ballad Bowie wrote in 1972 about soul singer Claudia Lennear—And when the clothes are strewn / Don’t be afraid of the room / Touch the fullness of her breast / Feel the love of her caress / She will be your living end.

“No, you don’t need to refresh my memory,” said Lennear of the cheeky lyrics in 2016. “The line about the clothes being strewn, that gets the eye roll. He’s so dramatic.”

In his notes, Bowie said the song was “written for a wonderful young girl whom I’ve not seen for more than 30 years. When I hear this song she’s still in her 20s, of course.” He added, “A song will put you tantalizingly close to the past, so close that you can almost reach out and touch it. The sound of ghosts again.”

Lennear and Bowie originally met in 1972 when they were seated across from one another at a dinner party, and remained in contact, mostly by phone, throughout the years. Following Bowie’s death on Jan. 10, 2016, just two days after his 69th birthday, Lennear revealed that he called her in 2014 and admitted that “Lady Grinning Soul” was indeed about her.

“Fame” and “Young Americans” may come to mind around Bowie’s ninth album, but when tasked with picking his favorite from the batch, he opted for the slow swelling second track “Win.” The track embraces more of the soul and R&B Bowie was connecting to while recording the album.

Originally recorded for his 11th album, Low, released in 1977, Bowie eventually sliced “Some Are” from the final cut. Mostly ambient and instrumental, the song has only seven lines of lyrics, perhaps exploring the arduous plight of sailors—Sailors in snow / Send a call out raising hands / Some are bound to fail / Some are winter sun and runs.

Bowie later released “Some Are” as a bonus track on the rerelease of Low in 1991.

“So it’s late morning and I’m thinking, ‘new song and a fresh approach. I know. I’m going to do a Ronnie Spector. Oh yes I am ersatz just for one day,’” said Bowie of this Scary Monsters deeper cut. “And I did and here it is.”

The longest track on Scary Monsters, clocking in at nearly seven minutes, “Teenage Wildlife” was Bowie’s lengthiest composition since “Station to Station” in 1976. It was later surpassed in length by “Bring Me the Disco King” in 2013 and one of his final songs, “Blackstar” in 2016.

Reflecting on “Teenage Wildlife” in 2008, Bowie said he’d gladly trade one of his biggest ’80s hits for it two times over.

“Bless,” he said. “I’m still very enamored of this song and would give you two ‘Modern Love’s for it anytime.”

When Bowie and his friend, Iggy Pop, decided to up and move from Los Angeles to Berlin in 1975 to remove themselves from the drugs and the fame and bring the focus back to music, their pilgrimage was a productive one—musically. During their time in Germany, Pop finished up his post-Stooges solo debut, The Idiot, and follow-up, Lust for Life, both released in 1977 and produced by Bowie.

Bowie did the same and took it a step further with his Berlin Trilogy, beginning with Low and Heroes, both released in 1977, and his final installment, Lodger, in 1979. The songs off the latter, Bowie’s 13th album, were written during his time in Berlin and later recorded at Mountain Studios (Queen, AC/DC, Christine McVie) in Montreux, Switzerland. The album produced four singles, including the Top 10 hit “Boys Keep Swinging.”

For Bowie, it was the understated penultimate saga of “Repetition,” the story of a guy named Johnny who took a few wrong turns in his life —And he could have had a Cadillac / If the school had taught him right / And he could have married Anne with the blue silk blouse —that was his first Lodger choice.

Also off Lodger, Bowie added the opening track “Fantastic Voyage.” One of many collaborations between Bowie and Brian Eno, the two co-wrote the song, which features a similar chord sequence to “Boys Keep Swinging.”

Bowie performed the song live for the first time during his 2003 A Reality Tour. “I’ve always liked [it] and I’ve never done,” said Bowie of the track in Nicholas Pegg’s 2000 book, The Compete David Bowie, “so it’s rather thrilling to do.”

The opening track of Bowie’s 16th album, Tonight, Bowie moved a little further into the ’80s with this pick. The 1980s were another transitional time for Bowie. After kicking off the decade with Scary Monsters hit, “Ashes to Ashes,” he catapulted into multi-platinum pop stardom by 1983 with Let’s Dance. Following the commercial success of Let’s Dance, Tonight was a hit for Bowie with the erogenous “Blue Jean,” his Tina Turner duet on the Iggy Pop-penned title track, and “Loving the Alien.”

The latter, Bowie’s choice for the ’08 compilation, was a song addressing how much of written history is incorrect with many religious references—Watching them come and go / Tomorrows and the yesterdays / Christians and the unbelievers / Hanging by the cross and nail.

The song also appears on several of Bowie’s compilations and the title was later used for Christopher Sandford’s 1997 biography of Bowie. It was also used for Bowie’s 2018 box set Loving the Alien (1983–1988).

Bowie originally released “Time Will Crawl” on his 1987 album, Never Let Me Down, but wanted the track reworked for the 2008 compilation. Remixed by Mario J. McNulty (Prince, Nine Inch Nails, The B52s), the “MM Remix” of “Time Will Crawl” also features several newly recorded parts by Bowie.

By this point, it’s clear Bowie wasn’t one for picking the likeliest of song choices from his catalog. Listening back to the live album, Santa Monica ’72, released first as a bootleg recording from the Ziggy Stardust tour, he plucked the live version of “Hang On To Yourself” from the set list of other iconic songs, including “Ziggy Stardust,” along with “Space Oddity,” “Life on Mars?” and “Moonage Daydream” among others.

Originally released on his fifth album, The Rise and Fall of Ziggy Stardust and the Spiders from Mars, “Hang On To Yourself” was one of the hardest punk rock songs Bowie ever released. 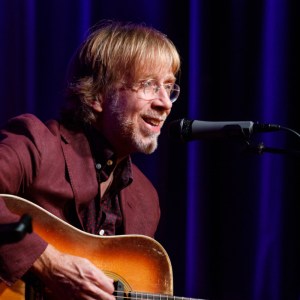 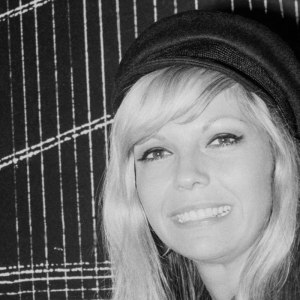