Those that know me will say I’m given to hyperbole on occasion. I like to make large sweeping statements, driving flags of monumental achievement and profound realization into fresh earth, only to later have them reveal themselves as plain and ordinary everyday events that are neither monumental nor profound. So I’ll understand your skepticism when I tell you:

I first came to Nashville in the fall of 2010 to attend the Americana Music Festival and conference. My friend and brilliant singer-songwriter Sarah Sample had just made a beautiful record and was coming to promote and meet some folks to help spread the word about it. I had never been to Nashville, and she was in dire need of “moral support.” She offered the trip, expenses covered, but I still hesitated. Why would I want to go to Nashville? In my mind, it was a city that had been consistently buffed and polished. It was the home of songs about big trucks and dixie cups being played by folks with well-tanned skin peering from unbuttoned shirts and flat ironed hair.

So, to my surprise, a few days later, I found myself standing curbside at the Nashville airport not knowing that the next four days would change the course of my life. My friend Sarah was blasting Bonnie Raitt from the stereo when she picked us up and whisked us away to the world-famous Station Inn to see the incomparable Guy Clark. I’ll never forget sitting there, along with 50 or so other folks, watching him absolutely dismantle the room and carve our hearts open with his songs. There was something ethereal that night calling out to me, and over the next couple of days I watched, mouth agape, as the tallest of trees in my American musical forest took stages all over Nashville. Buddy Miller, Emmylou Harris, Lucinda Williams, Robert Plant & Patty Griffin. What was happening?

I was drunk. I was all in. I didn’t want to go home. “Send my things. Tell the kids I love them.”

Sitting at the gate, depressed, on that fateful Sunday afternoon, I took from my backpack a handful of the magazines I had pulled from the Americana goodie bag, and there, smiling back at me with that ever endearing grin, was Zac Brown and his band on the cover of American Songwriter. A few pages in I stopped when I saw a photo of another songwriting hero of mine, JIM LAUDERDALE, sitting against a rusted old pickup over the caption for the American Songwriter 2010 Lyric Writing contest.

I had been getting my ass kicked in every songwriting and performance contest from Folks Fest to Merlefest, and had a garage full of records no one wanted, but in grand fashion, the future illuminated like a runway. Win the contest, become best friends with Jim Lauderdale, move to Nashville, and become a famous songwriter.

And that’s exactly how it happened.

I did win the Grand Prize that year, and I got to write a song, sing and record it with Jim Lauderdale (what???), and I’m sitting at my writing desk, looking out on a crisp, beautiful Tennessee fall morning. There’s a pretty good chance you have no idea who I am, and I have another new record sitting in my garage that you’ll probably never hear, but the important thing is that I’m here and I am working at it, and American Songwriter kicked that door open for me. I am so grateful to Caine O’Rear, Jamie Younger, Rachel Briggs and everyone at American Songwriter who has been so supportive and encouraging of not only my journey but for everyone within its pages every other month. I’ll always be grateful. 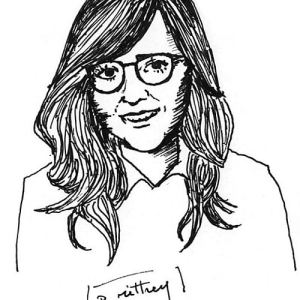 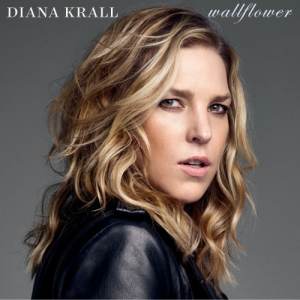