Yusuf / Cat Stevens, born Steven Demetre Georgiou, started playing in pubs and coffee houses in London, slowly establishing himself as an artist in his teens, releasing his debut single, “I Love My Dog,” in 1966, followed by his debut, Matthew and Son, in 1967, which hit the top 10 in the U.K.

Seminal albums like Mona Bone Jakon and Tea for the Tillerman, which included hits “Father and Son” and “Wild World,” both released in 1970 were followed by Teaser and the Firecat a year later.

The latter two albums were certified triple platinum all before Stevens’ next success in 1972: Catch Bull at Four. Produced by former Yardbird Paul Samwell-Smith and guitarist Alun Davies, who collaborated with Stevens on his prior three recordings, Catch Bull at Four hit No. 1 on the Billboard 100, where it remained for three weeks.

Releasing other hits, including “Morning Has Broken,” “Moonshadow,” and “Peace Train,” and more, Stevens’ career spans more than 55 years and 16 albums, including Tea for Tillerman 2, a reimagining of his 1972 album, released in 2020.

Stevens also picked up ASCAP songwriting awards for “The First Cut Is the Deepest” in 2005 and 2006, which was covered by and became a hit for four artists, including Sheryl Crow and Rod Stewart. In 2014, Stevens was inducted into the Rock & Roll Hall of Fame and has received numerous honors for his songwriting throughout the decades.

Here are four songs that Stevens also wrote for other artists, some of which he later recorded as well.

Long before Sheryl Crow, Rod Stewart and even Yusuf / Cat Stevens recorded the song himself, he sold it to P.P. Arnolds for £30. Originally, Stevens had recorded a demo of the song in 1965 but never recorded it himself until 1967 for his second album, New Masters.

Released by Arnold, who began her career as an Ikette with the Ike & Tina Turner Revue in 1965, “The First Cut is the Deepest” became a hit for the singer, reaching No. 18 on the U.K. Singles chart.

“Here Comes My Baby” was nearly a debut single for Cat Stevens, but it instead became a hit for the English beat group The Tremeloes. When Stevens was looking for a record label to sign him, he took a demo of “Here Comes My Baby” to record producer Jim Economides, who passed on the song. Stevens later shelved it and went with another debut single “I Love My Dog,” which was released in 1966 and on his debut album, Matthew and Son, a year later.

Once The Tremeloes picked up “Here Comes My Baby,” which was released on their 1967 album Here Come the Tremeloes, the song became a top 10 hit in the U.K. and reached No. 13 on the Billboard Hot 100.

In the midnight, moonlight hour
He’s walking along that lonely mile
And every time I do
I keep seeing this picture of you

Stevens also recorded the song, featuring Elton John, which was released on his 50th anniversary deluxe reissue of his fourth album, Tea for the Tillerman.

We will live
You know I’ll give you the world
I’ll sacrifice girl anything
I’ll do it all on my own, believe me

Though there aren’t lyrics tied to this particular entry, “Whistlestar” is a piece of music initially created by Stevens and Herb Alpert. Also called “Whistle Song,” for the speckles of whistles throughout, Herb Alpert’s rendition is a jazzier number. Stevens also released his own instrumental version of the song on his ninth album, Numbers, featuring Art Garfunkel, in 1975. 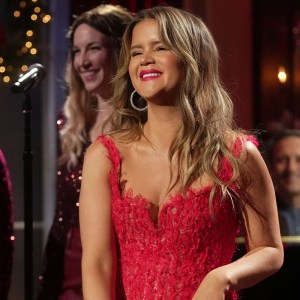