Red Hot Chili Peppers can’t seem to quit. The group has weathered continual line-up changes, sonic evolutions, and generational tides better than most, scoring them a career spanning several decades. Where they once were counter-culture-driven, funk-rock ingenues, they now find themselves among the most well-respected rock icons of their era.

Their West Coast-flavored riffs have produced a number of lasting hits but their album cuts display a wider net of musicality that only the deep divers are privy to. Below, we’ve compiled a list of RHCP deep cuts to start you off on your journey through their discography.

Taken from their fourth album, Mother’s Milk, “Johnny Kick a Whole In the Sky” is a criticism of the U.S. government’s oppression of Native Americans. They open with an off-kilter rendition of the national anthem as a deep, grueling bass line from Flea kicks in. Elsewhere, Anthony Kiedis puts his frenzied, irate style to good use and takes on some lofty ideas.

If Mother’s Milk was the group’s breakout effort into the cultural consciousness as a whole, By The Way, ushered them into a sort of “pop” stardom. Shedding a fair amount of their rough edges, the entire album saw them take on a softer style. “Warm Tape,” the penultimate track on the album, is a glimmering, albeit slightly unsettling, testament to their newfound taste.

When you’re looking for RHCP deep cuts, Stadium Arcadium, is a good place to start. One relatively unsung gem from the album is “Animal Bar.” The track is an ode to krautrock and all its psychedelic goodness. Lyrically, Kiedis places the bar in Australia where it only rains two months out of the year. He goes on to say that rain has a healing power on the area. He sings, Rain on my frustration / Save my queen now break this / Wash me down my station / Make more rain forsaken.

Spacey piano chords allow Kiedis to take center stage in “Even You Brutus?” He conflates the classic Shakespsearan line with the loss of a love interest. He sings, I’m not trying to point fingers at you / And I’m not trying to lay any blame / But when it comes to the punishment / Girl, you know how to bring the pain.

Acting at the B-side to “The Zephyr Song,” “Rivers of Avalon” is one of the edgiest songs of the By The Way era. Flea and John Frusciante add backing vocals to this one, proving how integral their contributions are to the group. Kiedis sings, Deep inside these sleeping shallows / Far away where no one goes, now / Take my place in golden space of / TV star that no one knows, now. 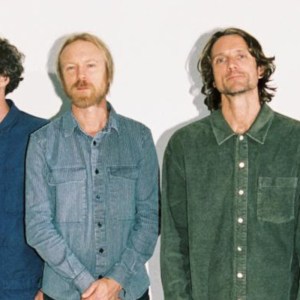