Throughout the years, dozens of artists honored Petty with their own renditions of his and The Heartbreakers’ classics. After Petty’s untimely death at the age of 66 in 2017, after finishing the 40th-anniversary Heartbreakers tour, more artists came out to pay homage to the legendary singer/songwriter in concert, adding to the already growing collection of Petty covers released over the years.

Petty’s authentic songwriting, whether it was with The Heartbreakers, the Traveling Wilburys, or his own solo material, made him a favorite among his contemporaries like Bob Dylan and George Harrison, and an easy feat for artists to reimagine any one of his songs.

Here are eight Tom Petty songs covered—recorded and performed live—throughout the past 40-plus years, each capturing the soul of each track.

Off Jones’ 1980 album Warm Leatherette, her cover of Tom Petty and The Heartbreakers’ classic, melting in reggae beats, is as eccentric as the Jamaican artist. Petty even wrote a third verse of the song specifically for Jones to record:

It’s OK if you must go
I’ll understand if you don’t
You say goodbye right now
I’ll still survive somehow
Why should we let this drag on?

Backed by Tom Petty and The Heartbreakers on a cover of their own song, Johnny Cash left behind a stirring version of the more country-tilted title track off Petty’s sixth album Southern Accents. Though some country artists—Jamey Johnson, The Steel Woods—have covered the songs throughout the years, it’s Cash’s version, from his mostly covers album, Unchained, that is the most memorable, crackling the nostalgic There’s a southern accent, where I come from / The young ‘uns call it country  / The Yankees call it dumb / I got my own way of talkin’ / But everything is done, with a southern accent / Where I come from.

Stevie Nicks recorded her own version of Petty’s 1989 hit for the TV show Party of Five in 1996. Featuring Heartbreakers guitarist and Petty co-writer Mike Campbell, the song marks one of many collaborations between Nicks and Petty and The Heartbreakers. In 1981, Petty co-wrote (with Campbell) and was featured on Nicks’ solo hit “Stop Draggin’ My Heart Around,” and the pair would work again on Petty’s “Insider” and Nicks’ “I Will Run To You.” Nicks last performed with Petty at his Hyde show park in London just three months before his death.

On Oct. 21, 2017, a little more than two weeks after Petty’s death and a day after what would have been his 67th birthday, his former Traveling Wilburys bandmate Bob Dylan performed a cover of his 1991 hit “Learning to Fly” during a Denver concert. Aside from the Traveling Wilburys, Petty and Dylan also worked together on Dylan’s True Confessions tour in 1986, which led to the concert film Hard to Handle. “It’s shocking, crushing news,” said Dylan following his friend Petty’s death. “I thought the world of Tom. He was a great performer, full of the light, a friend, and I’ll never forget him.”

On the day Petty passed away, Coldplay was playing a gig at the Moda Center in Portland, Oregon, and brought on former R.E.M. guitarist Peter Buck to help with their tribute. The band opened the show with a rendition of Petty’s 1989 Full Moon Fever hit “Free Fallin’.”

Blackberry Smoke stripped down the more synth-led Tom Petty and The Heartbreakers song, their acoustic version of the Long After Dark track is reimagined, featuring Amanda Shires on fiddle. The Atlanta rockers’ version was part of their six-song EP The Southern Ground Sessions.

When Tom Petty died in 2017, The Killers honored him by performing “American Girl” live and have also slipped “Free Fallin'” into their set list over the years. In 2020, Brandon Flowers and drummer Ronnie Vannucci Jr. (on acoustic guitar) offered up a tender rendition of Petty and The Heartbreakers’ 1981 Hard Promises classic “The Waiting.”

Tracked live at the Catacomb in Austin, Texas on Oct. 15, 2020, Spoon recorded two Petty classics—”A Face in the Crowd” and “Breakdown.” In 2021, Spoon singer Britt Daniel also served as a guest DJ on the SiriusXM Tom Petty Radio channel spinning some of his favorite Petty tunes. Spoon’s cover of “Breakdown” was broadcast as part of a virtual Tom Petty birthday concert in 2020. 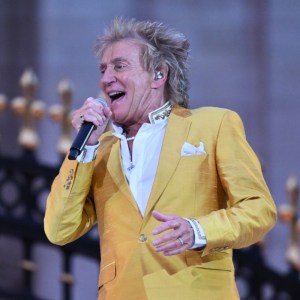