This is Part Two of a Three-Part Interview. See Part One here.

In Part Three, to be published tomorrow, Arlo discusses the writing of some of his own songs, including “Alice’s Restaurant” and “Massachusetts.” We also speak about his life with Woody, and Woody’s legacy.

AMERICAN SONGWRITER: In the same way that Pete Seeger was a champion for your dad and other songwriters, you’ve done that, too, with Steve Goodman. You took his song “City of New Orleans,” and gave it to the world. That changed his life.

ARLO GUTHRIE: First of all, I loved Steve Goodman personally. If he never wrote a song, I would still love the guy. If he wasn’t a great guitar player — which he never gets credit for — but he was an awesome picker.

And he inspired other people. But I was fascinated because of his spirit. He had a spirit about him that came through in his songs, and in his performances, in his sense of humor, in his view of the world, that I just fell in love with. I just thought, “This is a guy that is a treasure to call a friend.”

And it started with that. It went on to songs later on, but I would’ve had no interest in the songs themselves if they had come from somebody that I didn’t appreciate. The fact that it came from Goodman himself, personally, is what got to me.

That’s what made me take his demo, and put it on my piano with a lead sheet, and work through it, and it was because I loved Goodman himself.

What is the truth about John Denver’s use of the song?

I met John Denver before he was John Denver. He was John Something-or-Other. [Deutschendorf]. He had joined the Chad Mitchell Trio, if you remember those guys. And he had come to the house, and he had likewise met my mom, and she became friends with John.

And in the very early ’70s, I had recorded Steve Goodman’s “City of New Orleans.” I played John Denver the song at the Troubadour in Los Angeles, and I told him I thought it was a great song, we’d just recorded it, and I would be happy to play it for him.

And he had said, “Well, yeah, I want to listen to it. I don’t want to record it or anything.”

And two weeks later, before my record came out, a record of John’s came out with the song on it, with him as the songwriter. And I thought, “Whoa. Wait a minute. That ain’t right.”

And so for years I was not happy about it, and I was telling John Denver jokes. Onstage. Not biting jokes. But they were personal.

And my wife Jackie said, “You got to stop this. You can’t keep dissing John Denver from the stage. You have to confront him and talk to him about it.”

And I did, and I finally went and met with him, and I said, “John, it’s wrong that your name’s on that song after you promised me that you wouldn’t even record it.”

He said, “I didn’t realize my name was on the song.” And he looked it up, and sure enough, it was there.

He said, “I will fix that.” And he did. He fixed it the next day. And it turns out it really wasn’t him but his managers and agents, whoever was creating the written material, put his name on it.

He did have it changed the day after I confronted him, and I felt bad because for years before I’d been saying nasty things about him. And to hear that he wasn’t even aware of it, or if he was, it wasn’t a big deal, I felt bad.

But I’m glad he was able to rectify that while Steve Goodman was still alive, because it was very soon after that that he passed away, and he had a wife and three kids. And that money that should’ve been going to him, and therefore his family, was being diverted by other people taking credit for it.

That’s one of the things that you learn as time goes by, is that not all the things people do are things they’re aware of.

Yes. And this business is funny. You have the new record, “Hard Times Come Again No More,” that Stephen Foster wrote. He was the first professional American songwriter, and he really got ripped off. It’s always been a tough business to songwriters.

It’s changing very slightly these days, getting better. But even when I began, you couldn’t help but get ripped off. When I signed with a publishing company, they bought the rights to my songs for one buck. One buck! I was underage. My mother had to cosign the contract for the publishing of “Alice’s Restaurant.”

But over the years it has changed, and I think it’s moving in the right direction. I think it’s interesting that a guy like Stephen Foster, who as you know, was the first real popular American singer-songwriter and even him, being the first one, people found a way to take advantage of that.

So his songs were published. They were all over. Everybody was singing “Oh! Susanna,” and “Camptown Races,” and “Old Folks at Home.” And he was getting nothing for it. And he died penniless in New York after having written some of the songs that, almost 170 years later, are still known by everybody.

That says what the history of being a songwriter is all about. It’s not new. It didn’t start with me. It didn’t start with the next guy getting screwed. It goes back to the very beginning of people taking advantage of others who are artists. And it’s not just songwriters. It’s painters. And it’s other musicians. And it’s creators of all kinds who have found themselves taken advantage of by the people who buy and sell that stuff.

Was Woody treated fairly by the business?

By the time my father started writing, the world had changed somewhat. It was in the ’30s and ’40s. And by that time, there was the beginnings of national radio and a national consciousness of music, which is one of the things that motivated him, and Pete Seeger, and guys like Alan Lomax. But they were convinced that the local music that people made in their areas was an important historical part of what it meant to come from there.

So songs that were written in one valley were popular there before there was radio, and they might make fun of the guys over on the next mountain because there was always a rivalry, a friendly rivalry, of neighbors and other people.

But when you began to have a national kind of music, they realized that you couldn’t have those kind of rivalries, because if a song made fun of somebody, well, then it eliminated them as a part of the buying potential.

So we gradually began to have this consciousness of what it meant to write songs nationally that would have an importance nationally. They couldn’t be making fun of some guy over in the valley because of what color he was, or how poor he was, or how rich he was, or how big, or tall, or short, or whatever he was. All those old songs were popularly sung at the time. They couldn’t make it to the radio. So they had to dumb down the songs enough to be inoffensive to the most people possible.

And my dad came along at that time and started writing. Now a song like “This Land Is Your Land” doesn’t make fun of anybody. So it probably wouldn’t have been a popular song to dance to in your little corner of the world. But it was made popular because it had a broad appeal.

And it is a great sing-along, and one that made us feel good about America.

Which emerged at that time. Through guys like George Cohan, people like that, who were able to write the kind of songs that got everybody up and at it, and feeling patriotic about the times they were living in. We don’t see that very much these days. And so one of the reasons I wanted to do the Stephen Foster song was because it was written also at a time of national crisis. It was written at the time of the Civil War. And it was life and death for a lot of people. And it was hard times indeed, no matter where you came from, no matter what your story is. It didn’t matter whether you were blue or gray. It was difficult times to go through.

And we’re getting close to that again, in my mind, where the country is parted, not just politically. It is parted culturally.

And it is going to take people who acknowledge the times we’re in, and get fed up enough, so that we don’t have to go through the kind of crises we went through 160 years ago.

It feels that at times like this, songs mean more than ever. 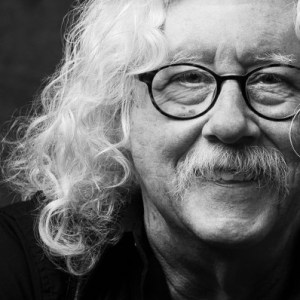 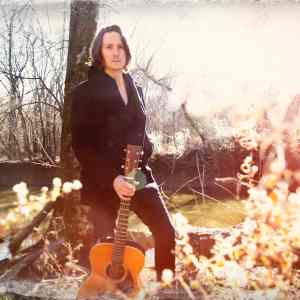