Mason Caviness: I’ve known about American Songwriter and the Lyric Contest for quite a while, but at the time had never considered submitting anything. After being in the studio for a few hours working on “Long Line of Cars”, I was sitting on my couch listening to the mix and making notes on things to change. I was happy with the work that we’d done and absentmindedly opened up Facebook or Instagram. I can’t remember which, and at the top of my feed was an ad for the contest. Being in the mindset of working on and believing in the song for the last few hours, I asked myself “Well, why wouldn’t I enter?” So I did, thinking it was something I was proud of regardless of winning or not.

AS: How did you feel when you learned you won?

MC: Surprised! Grateful. That was a tough afternoon for me, and when I got the call everything weighing me down just fell away. I thought back to where the song came from and how much it meant to me since writing it. For it to be honored in this way was so much more than I was expecting or hoping for.

MC: My uncle Mark died very suddenly and very unexpectedly back in May 2022, and it threw our family into a bit of a spin. He was a guy that was truly larger than life—a friend to everyone he knew, and hands down the funniest person in any room he walked into. He was up to his ears in grandbabies; he was an educator, a father, a brother. His loss was and still is very deeply felt. His funeral was held in the same small, New Mexico town where he and my aunt Lisa raised their three boys, and I was truly taken aback by how many people showed up. They filled up an entire high school gymnasium, both sets of bleachers and the floor. In those moments of seeing the mourning and the impact that my uncle Mark had on all of those people, it put dying and the legacies we leave behind into perspective. It made me realize that the otherwise unattached and unrelated mass of hundreds, connected solely because of our connection to uncle Mark, was what success looks like. I think it kind of hit home that when it’s all said and done, that is all that matters—the lives you touched along the way.

AS: What’s the story behind the song “Long Line of Cars”?

MC: I had the title back in 2018. I kind of knew what I wanted it to be about, but at the time, it was a bit unfocused. My buddy Trent Fisher and I were trying to make it work for a while, and we’d gotten some good stuff, but it wasn’t clicking fully. We went on to other things and the idea sat unfinished in my notes until this year. I came back from my uncle Mark’s funeral with a very clear direction on what the song was about, and a very desperate need to write it. I had a co-write scheduled with another friend of mine, Emily Rose. I asked Trent if Emily and I could give that idea a shot, and with his blessing, we went in on it. We wrote the first two verses and chorus in that session, and after Emily left I sat there and finished up the last two verses. It was unsurprisingly a cathartic experience.

MC: I’ve been writing songs for about 15 years. It started with writing a song for a girl in high school. That didn’t work out, but I did learn that songwriting could give me a voice that I otherwise wouldn’t have. I continued throughout the rest of my years in school and then started pursuing it when I moved to Nashville in 2013. I stopped writing for a few years due to some personal things I was going through, but I’m thankfully out of that darker time and back to it.

For me, the motivation is found in the songwriting itself. I think we get really lucky if one out of every ten songs is one we’d consider a homerun. I tend to ride the high of those songs until I get lucky and stumble upon the next one, and it doesn’t always have to be a full song… That same high can be found in a chorus, a verse, or even one line. The motivation comes from recognizing the muse met you there at that moment for that line/section/song, and it’s enough to keep the hunger gnawing at you until you feed it again. 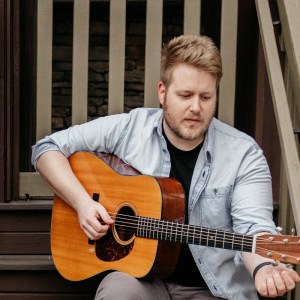 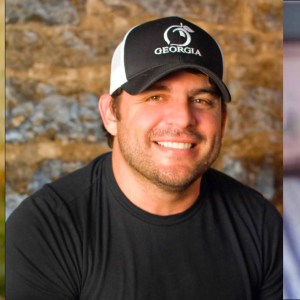