After launching their new website, the group—Agnetha Fältskog, Anna-Frid Lyngstad (Frida), Björn Ulvaeus, and Benny Andersson—asked fans to register to learn more about their new “Voyage.” The live “hologram tour,” which the band initially revealed in 2016 and was originally slated for 2018, reunites the foursome for the first time since 1982 in avatar form as the “Abbatars.”

To accompany the virtual production, the band is also releasing five new songs. Abba initially returned to the studio in 2018 to work on the first two tracks “Don’t Shut Me Down,” and “I Still Have Faith In You.” The group’s former session guitarist Janne Schaffer also revealed that the band will release a full album by fall 2021.

Prior to the sessions in 2018, the band, made up of the two former couples of Fältskog and Ulvaeus and Lyngstad and Andersson, had not performed together in more than 30 years with the exception of an impromptu appearance during a gala event in Stockholm, celebrating 50 years since Ulvaeus and Andersson met when the group got on stage to sing their 1980 hit “Me and I.”

Around the release of the “ABBA: The Official Photo Book” in 2014, Ulvaeus said that the band never broke up in 1982, and that they would never tour again. “We took a break in ’82, and it was meant to be a break,” said Ulvaeus. “It’s still a break and will remain so. You’ll never see us onstage again.”

Speaking of the band’s new virtual venture and music earlier this year, Ulvaeus was more optimistic. “It’s not a case anymore of it might happen,” said Ulvaeus in a recent interview. “It will happen.”

Initially working with Simon Fuller on the production of the show, it was also the American Idol creator who gave the band the idea of a more augmented reality concept with filming for “Abba Voyage” reportedly taking place at London’s Ealing Studios in 2020.

“He came to Stockholm and he presented this idea to us that we could make identical digital copies of ourselves of a certain age and that those copies could then go on tour and they could sing our songs, you know, and lip-sync,” said Ulvaeus in an interview during the early stages of production. “I’ve seen this project half-way through and it’s already mind-boggling.”

In 2021, the band began posting flashbacks and commentary of their later singles on social media, including some of their last in 1982, including final singles “Under Attack” and “The Day Before You Came,” off their album The Singles: The First Ten Years. Of the former single, Andersson recently said, “A good recording if you ask me, and it works fine without scuba gear, too.” 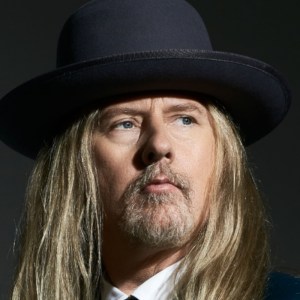