My first memory is of a song. A song spinning in infinity. A bright red 45 single of a song about farm animals, replete with their individual sounds. Pretty delightful stuff. Over and over—I couldn’t get enough of it.

Skip ahead a few years to another single spinning, another eternal 45. I’m in a little room at the very far end of a vast old apartment on Aldine Avenue in Chicago, the home of my Aunt Shirley and Uncle Miles. Dusty sunlight streamed in from the window above almost horizontally, the sun making its early winter descent. I was on the floor with a little electric record player, an ancient small boxy machine that played no LPs, only 45s. In its middle was a black cylinder on which records neatly slid. One side, one song. It was pure and right, and it was the center of my universe, 1966.

I was seven. Up on the bookshelf over the bed was the book Frankenstein, tucked in between other nonthreatening titles. But my proximity to it was mildly terrifying. Trying not to look in that direction, I directed my attention instead to what mattered most. The song.

Music eclipsed everything, even being all alone in a giant apartment with volumes about monsters just overhead. I had one record and one only, but it was enough: Simon & Garfunkel, “Homeward Bound.” (On the B-side was “Leaves That Are Green.”)

It enthralled me. It was both human and electric, chords shifting from major to minor, simple drums spelling out the folk-rock groove, all crested by two voices in harmony, singing words that to me were the essence of beauty. It was a bit beyond my grasp, this tale of playing music abroad and yearning for home—not only had I never been out of the country at this point; I had never even been away from my happy home in the kingdom of Illinois.

But the idea of the narrator being both a “poet and a one-man band” made perfect sense, as I knew—even then—that this same man writing the song was also making the music. And that promise, of a musician performing the thing he creates himself, and the boundless bounty of expression that spelled, shone to me like a bright star.

The song spoke to me, and spoke to some place deep in me, and expansive. Even the rhymes thrilled me. I always loved the beautiful completion rhymes bring to an idea, and the whole song started with, “Sitting in a railway station / Got a ticket for my destination.” That made me happy. It still does. A couplet for the ages.

It was a true wonder to behold. This entire world, seamlessly  fusing so many disparate components: melody, harmony, groove, finger-picked guitar, drums, rhymed verse, romance, and more! All of those delicious ingredients wed together into an organic whole, this swift passage of time. A universe in under 3 minutes (2:42 to be exact). And one I could freely enter and lose myself within. It was a genuine and timeless joy, and at my fingertips.

It was the most moving experience of my life to that point. Not only was I all alone to absorb this transformative musical elixir; I could control my intake, playing it over and over, injecting it directly into my heart and mind, as I still do to this day with songs.

I even toyed with vari-speed. The b-side of this single, “Leaves That Are Green,” started with a honky-tonk piano, the sound of which, when sped up faster to 78 rpm instead of 45, sounded delightfully manic. But it was a controlled and musical mania, and it belonged to me. It was my secret passion, and I loved it. There was no inclination whatsoever to share this with any of the other humans. It was self-discovery in solitude, the dynamic that aligns perfectly with songwriting: this intimate and individual connection with the musical muse.

It launched my journey as a songwriter, setting me on the path I’ve been on ever since. There was no profession that to me seemed more thrilling or important, with the notable exception of astronaut, but not so much to walk on the moon—which seemed cold and lonely to me—but for the weightlessness. The idea of flying appealed to me, as it does to most earthbound creatures. But I decided I could fly farther and for a full lifetime by writing songs.

I wrote my first one the summer that man landed on the moon, 1969. I was ten. Prior to then I’d been writing abstract, free-verse poems—mostly nonsensical—just playing with words, really. Then I wrote my own lyrics for Simon’s “The Sound of Silence.” Mine was called “The Look of Absence.” (Which I told him about years later. He smiled and said, “Hey, that sounds like one of mine.” Indeed. Evidently, the idea of masking my influences had yet to occur to me.) Yet it was a great education for me: although my lyrics made little sense, I was learning the first stages of songwriting: merging words and music. Making them fit. All the rhymes were in the right place, the phrasing was right, and even syllabic stress—something some modern songwriters neglect—was perfect.

And it’s there that songs live, in this delicate yet dynamic union of disparate elements. Music—abstract and emotional—and language—intellectual and specific. It’s the “crucial balance,” as Simon put it, at the heart of songwriting, the marriage of words and music. It is the one constant through all these interviews, all the styles, years, generations. All united in the same mission, ultimately: combining words and music.

My first true song, words and music, was written on my beloved acoustic Silvertone guitar and called “Time Changes the Scene.” Even then, at ten, my main theme was how quickly time passes. I was feeling nostalgic for the good old days, I guess, back when I was seven.

But even then I recognized with awe the unique power of song and the way ideas expressed in song, underscored and actualized by music, were received in a way far more powerful than mere words.

I also received with awe this understanding that while being carried down the river of life, with time and everyday chaos infiltrating every moment, one could create something immaculately conceived and ordered. Something that would exist outside of time and be durable so as to never “fall apart on the street like a cheap watch,” to quote Van Dyke Parks.That was the goal. Not to create good songs. But great ones.

As Patti Smith explains in her interview in this volume, the whole difference between poetry and songwriting to her was that a songwriter writes a song not for an elite group of song enthusiasts but for the world. The entire world! That’s a big target audience. And designed to work not just for now or next season but for the ages. To write a song people want to hear and to play and to sing across generations.

It’s a lofty goal, to put it lightly, and it say s a lot about songwriters—all songwriters—that one would even attempt something so bold. It takes a certain kind of chutzpah—Yiddish for crazy courage. That is where songwriters live, after all, on the edge of courage and crazy. It’s creative chutzpah; the audacity  of making art.

End of Part I. |
Click here for Part Two. 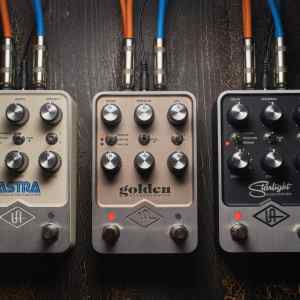 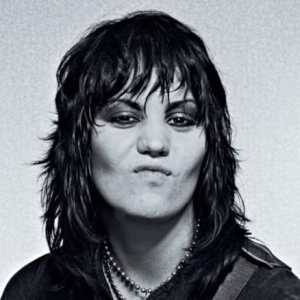