“Not having released a full-length album is definitely my biggest resentment over the past 11 years working in Los Angeles,” Wrabel tells American Songwriter. “I’ve made records before, but never like this.”

It’s true, after a decade of building up his name as an artist with a series of stellar singles—as well as a writer, with credits on songs for Adam Lambert, Louis Tomlinson, Kesha and many more—Wrabel (born Stephen Wrabel) is finally releasing his debut full-length album. Titled these words are all for you, the record is due out on September 24 via Big Gay Records/Nettwerk. On June 2, he unveiled the music video for his new single, “nothing but the love.”

While Wrabel is certainly not new to releasing music (he’s been dropping songs since the early 2010s), these words are all for you is truly an effort 11 years in the making. Between the ups and downs of life, his navigating of the industry and just the process of finding his voice as a writer, he’s been unknowingly working on this album since the very beginning.

“The oldest song on the record dates back to my first record deal—and my first breakup,” he said. “Crazy to think. It kinda took 2020 (and being inside with time for myself) to really sit with and sift through my songs to see what was there and what was missing. It’s been so cathartic putting this together. I tried—with great help from my executive producer Stint, my managers Mark and Nicki and A&R Tom—to really narrow it down, song-wise. ‘Goosebumps’ was the bar and, without sounding like an egomaniac, I think we did it. And since it spans so many years, the record really touches on everything—falling in love, falling out of love, loving someone that didn’t love me back, losing love… a lot about love.”

Really, what all of that “love” divulges is just how intimate and soul-baring Wrabel’s songwriting can be. “It’s really been healing,” he explained. “Not only writing the album, but listening through it. Memories rush back—good and bad—but there’s a hope throughout the record that I’m really energized by. One song in particular—‘let love in,’ written with Eric Leva and Justin Parker, really gives me that. Like a sense that the grey sky is parting to a beautiful blue, filled with golden sunlight.”

This openness is no new phenomenon—for as long as he’s been writing, Wrabel has been using music as a therapeutic vehicle. “There are songs that have quite literally saved and changed my life,” he said. “When a lyric hits true over a melody that rings out and all the colors of the production—or all the blank space in the lack thereof—it can be so very powerful. I think it can be hard, as creators, to leave space for music to hit you in that way, but I try not to listen to too much music, and I try to listen as a human first, writer second, in order to allow that open space for something to strike me, change me, save me.”

While “I try not to listen to too much music” might seem a little counterintuitive at first, Wrabel went on to explain that getting into the right headspace is a paramount step for his creative process. Whereas it would’ve been easy for this debut to be stacked with names, producers and features, he wanted to creatively isolate himself, in a sense, by only working with a tight-knit team and limiting the amount of outside music he allowed to influence his work.

“I tend to create in a small circle,” he said. “I care more about someone’s character than someone’s credits. I enjoy writing with people that hold a sacred and safe space to be open and honest and vulnerable. I also tend to easily get insecure if I listen to too much new music. So, I try to stay on an island in that sense, not have too much noise in my head while making something, especially this debut record.”

For an artist with as much fortitude and vision as Wrabel, staying in that headspace ultimately proved to be incredibly fruitful. What comes across on the tracks of these words are all for you is a sense of genuine catharsis—and what makes it even more special is the highly-relatable way Wrabel was able to package it all. See, he’s an altruistic performer who, thanks to social media, has gotten to see first-hand just how impactful art can be.

“I really love the connection it can offer,” he said. “I think that at its best, it can show us we’re not alone—at its worst, it can definitely do the opposite. I’ve had some awful experiences—hateful people , etc—but for the most part, it can be a really wonderful tool to connect with people. Still to this day, I get messages everyday from people that are hearing ‘The Village’ for the first time. It will never not be the best thing in the world to me.”

With that allusion, Wrabel gets into another element of his personhood and artistic identity: his love and appreciation for the LGBTQ+ community. His song, “The Village,” which speaks out about the transgender experience, made waves when he released it a few years back—P!nk even gave it a shoutout on Ellen in 2019. So, with the announcement of his debut record coinciding with the start of Pride month, the timing couldn’t be better.

“The LGBTQ+ community is so beautiful,” he said. “I remember when I first came out, searching for a sense of home, searching for ‘people like me.’ I have found so much peace and celebration within the community and try to never forget what it feels like to feel ‘other’ and ‘outside of.’ I feel so lucky to be able to advocate, support and raise awareness, funds, etc for my LGBTQ+ family. I have pledged to always show up, as so many have done before, so that I can be me, out and proud, in the world and in the industry.”

Likewise, Wrabel’s songs carry that message with them. “For me, I don’t really know how to write anything but the truth,” he said. “I may turn it up to 11 sometimes, but it’s coming from real life and real truth. So, in that, I think there’s activism—or at least visibility—in every song. I always say that my love songs are gay love songs. I strongly believe that maybe the biggest thing we all have in common is emotions and feelings—our experiences are different, but I find we often feel the same things. I try to simply be myself in and out of my music—because the people that have inspired me the most did so simply by being themselves.”

Ultimately, these words are all for you comes across vibrant, proud and declarative, properly introducing the world to Wrabel and what he’s all about. And even though he’s spent the past decade dreaming of this moment, now that it’s finally here, he can’t help but let the beauty and magnitude of the moment hit him.

“I am so nervous!” he said. “But I’m also so excited. I’ve waited for and worked towards this for my whole life up till now. It’s really a trip.”

Wrabel’s debut album these words are all for you is out September 24 via Big Gay Records/Nettwerk. Watch the music video for the single “good” below: 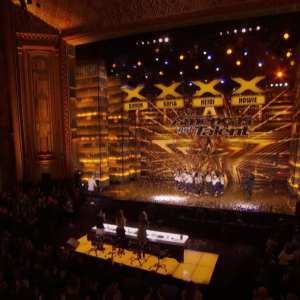 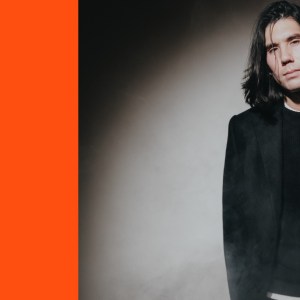