The event featured recipients performing their songs once presented with their awards. After being introduced by platinum-selling singer-songwriter-guitarist Joan Jett, Desmond Child sat down at the piano and lit into a rollicking medley including “Dude Looks Like a Lady” and “Livin’ On a Prayer,” performing with his original group, Rouge (Maria Vidal, Diane Grasselli and Myriam Valle), Latin percussionists and horn players.

Gibraltar native Albert Hammond was inducted by the Chief Minister of Gibraltar, the Honorable Peter Caruana, QC, while country music star Blake Shelton sang Hammond’s “To All the Girls I’ve Loved Before.” In accepting his honor, Hammond quipped, “I never thought I would be standing here in front of you people accepting an award for something I started to meet girls.”

Country icon Loretta Lynn was inducted by Lee Ann Womack, who performed Lynn’s hit “You Ain’t Woman Enough (to Take My Man).” Of her induction, Lynn said, “When my daughter Patsy told me I was going to an award ceremony, I told her, ‘No.’ When she told me it was for songwriting I said, ‘When?’ This is the greatest honor. I would much rather write than sing but if you can write and sing that’s pretty good, too.” Lynn performed her autobiographical No. 1 country hit “Coal Miner’s Daughter.” She then treated the audience to an impromptu version of “Don’t Come Home A-Drinkin’ (With Lovin’ on Your Mind)” which the house band had a little difficulty keeping up with!

Oscar-, Golden Globe- and Grammy-winning composer and lyricist Alan Menken was inducted by his long time collaborator, Tim Rice, after pop singer and songwriter, Natasha Bedingfield gave a haunting performance of Menken’s “Colors of the Wind.” Menken, in his acceptance speech, explained the power of song: “We have three minutes to speak in a vocabulary which the world understands-it’s a privilege.” He then went on to perform a medley of his favorites, including “Under the Sea,” “A Whole New World” and “Little Shop of Horrors.”

John Sebastian, leader of the ‘60s hit group The Lovin’ Spoonful, was joined by fellow Lovin’ Spoonful member Steve Boone in an acoustic duet of “Lovin’ You” and “You Didn’t Have To Be So Nice.” Sebastian’s “Do You Believe in Magic?” was performed by the Naked Brothers, 10-year-old Alex and 13-year-old Nat Wolff, after being inducted by one of SHOF’s 2007 esteemed inductees, Irving Burgie.

John Rzeznik, frontman of The Goo Goo Dolls, was the recipient of the Hal David Starlight Award, given to gifted songwriters who are making a significant impact in the music industry via their original songs. Rzeznik was presented his award by music impresario Paul Shaffer. Recalling the start of his career he said, “I want to thank Phil Ramone for talking to me because I’m just a punk.” He then went on to perform a rockin’ rendition of his own hit, “Slide,” which was especially well received by adoring fans in the balcony.

Anne Murray received the Howie Richmond Hitmaker Award, which is designed for artists or “star makers” in the music industry who have been responsible for a substantial number of hit songs over an extended period of time. Murray was presented with her award by Randy Goodrum, who penned her smash song, “You Needed Me,” which she said was the greatest song she’s ever recorded, and proved it with a soaring performance of the song.

Milt Okun, founder of the highly successful independent publishing company Cherry Lane Music, was the recipient of the Abe Olman Publisher Award this year. Originally an arranger, Okun made his impact on the music business working with and nurturing the careers of such greats as Peter, Paul and Mary, Plácido Domingo and Harry Belafonte, as well as The Black Eyed Peas, John Legend, Wolfmother, Quincy Jones and many more. He was honored by the SHOF with a performance by the first writer he ever signed, Tom Paxton, and the most recent he has signed, Madi Diaz, who sang a duet, both on guitars, of the John Denver-penned “Leaving on a Jet Plane,” which Okun helped to title. Well known for his humility, Okun said, “I’m thrilled that in a world of million catalogue companies, a small independent should be honored.”

This year’s Towering Song, “Take Me Out to The Ball Game,” written by composer Albert von Tilzer and lyricist Jack Norworth, is known as the “other” national anthem at baseball stadiums across America, and is second only to “Happy Birthday” as one of the most easily recognized songs in America. Yankee sportscaster John Sterling invited the audience to join former Yankee and guitarist Bernie Williams, actor Danny Aiello, and former Brooklyn Dodger great Ralph Branca in singing along.

The legendary Paul Anka was honored with the Johnny Mercer Award, the prestigious award reserved for previous inductees. Describing a critic’s reaction to his breakout song, “Diana,” Anka recalled the journalist saying, “‘That sounds like something a 16-year-old would write.’ Well, I took it as a compliment because I was 15 years old at the time.” John Legend, who was the recipient of last year’s Hal David Starlight Award, gave his own special rendition of Anka’s “Put Your Head on My Shoulder.” Anka then brought the house to its feet and the show to a conclusion singing “My Way” in a recorded duet with the most famous purveyor of the song, Frank Sinatra.

As Songwriters Hall of Fame Chairman/CEO Hal David eloquently put it, “This has been a remarkable year, and an ultimate testimony, both to the power of song, and the undeniable importance of honoring the contributions of our great popular music songwriters who illustrate the emotions and narrate the journeys that directly impact our human experience.” 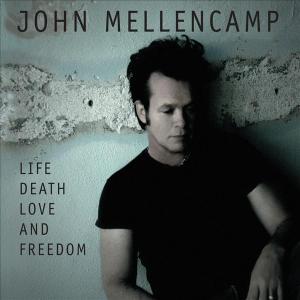