Everything has led Alec Chambers to this moment. His new song “Something to Cry About” shows early signs of becoming a bonafide streaming hit, and for good reason. The searing ballad underscores not only his blossoming vocal style but his knack for storytelling. Most known for his viral cover of Halsey’s “Without Me” and strong TikTok presence, the singer-songwriter has been working his way up the pop ranks across several singles already, from last spring’s debut “Boston” (an outside cut) to the most recent release, “Cold.”

“Yeah I keep getting drunk with you / ‘Cuz we don’t have enough to do / I know that both of us could use a sober night,” he offers on the pre-chorus. “Something to Cry About” builds with a slow-burning crescendo, an emotional crackle which more than pays off on the wallop of a hook.

As he attempts to completely cut ties from the past, the heartbreak stings his lips. “How does it feel when the liquor runs out? / Would it be real if we burnt it all down? / Would there be tears if we let it all out?,” he begs. “Let it all out / I wish you’d give me something to cry about.”

“Something to Cry About” is a song that makes careers, and coming so early in his newly-nurtured songwriting development, that’s impressive. “Over the last year, I’ve been in a few different relationships. I’ve been able to write some really good songs out of them,” the Connecticut native tells American Songwriter over a phone call earlier this week. “This song is very raw for me. I wanted to make a follow-up to ‘Cold,’ emotionally. This is a very good parallel for what people know of me already.”

The song noticeably taps into his undeniably unique vocal tone, particularly as “it peaks in a certain range,” he says. “I wrote this song knowing that in the hook I wanted to hit that part of my voice.”

With a musician for a father, who played in funk and R&B cover bands, Chambers grew up totally immersed in music ─ thumbing his way through catalogs of The Beatles, Elton John, and Billy Joel. You can certainly hear such layered, spellbinding piano work in much of what he does, but he also leans heavily toward such modern pop movers as Ed Sheeran and Shawn Mendes. His aesthetic is a healthy blend of classic and contemporary, and his voice glues it all together.

“I was very intrigued with being on stage and expressing myself,” Chambers recalls of his youth. Having learned his first guitar chords from his father, and later watched him play shows on the local circuit, he possessed a sly musical adeptness. He soon turned to YouTube to compliment early progress, expanding his natural skillset into tighter compositions, and quickly learned he could play his favorite pop songs by ear.

“That happened gradually. As I started to go through YouTube to search how to play my favorite songs, I got more confident in my playing,” he says, “and I would hear the notes in my head and figure it out on the piano by myself.”

Chambers first arrived on the scene with 2015’s “Bleecker Street,” a harmonica-laden jam-band tune, which lead into his debut EP, Whole Again. Another song, the much folkier “Do You See Me,” landed months later. And it was immediately evident he had something special.

Five years later, the multi-instrumentalist (guitar, piano, drums) has blossomed into an artist with a distinct voice. All he needed was time. “I probably haven’t listened to ‘Do You See Me’ in five years. When I first started songwriting, I didn’t have the real life experience to channel,” he says. “I was writing from imagination, which is cool, but I think it’s really important to have experiences to draw upon. The older I’ve gotten, I realized how important it was to actually experience the song and go through what you’re singing about.”

Much of his earlier work was written when he was 15 or 16 (that much is clear in his vocal thinness), but given the chance, he proves himself. “Eight years later, I definitely feel like I’m able to connect more with the songs I’m writing and releasing,” he says.

His songwriting, inherently moody and brooding, took a considerable shift over the last year. In really living, writing, and recording, directly extracting deeply painful experiences, Chambers understands the value in singing from the heart. “My managers are always telling me they want me to write more than about a girl, another love song. I always like to write what is real for me at the time. A lot of the time, it’s about being in a relationship. People can relate to that, and that’s what I’ve been going through. I’ve also been writing about the challenges of being an artist.”

Eyeing plenty more singles this year, including one called “Raining in New York,” to culminate in a new EP, he stops for a moment to consider his growth and strengths and weaknesses as a songwriter. “I’m definitely more of a melody writer. That comes more naturally,” he says. “I tend to write less artistic lyrics. I write to the point. I like being blunt in my songwriting. I’ve been able to relate that way to other artists.” 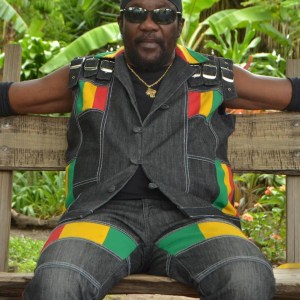 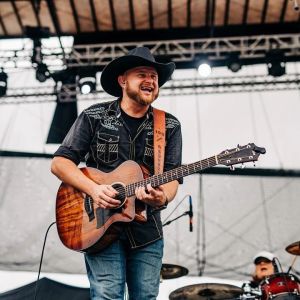