South Carolina-based indie rockers All Get Out have revealed more details of their upcoming release Kodak, the band’s first album since No Bouquet in 2018.

Filled with reflections of growing up in smaller hometown memories and watching someone battling memory loss, Kodak is a collection of snapshots through the past and present lifetime “centered around the concept of small-town living in America and how these places and people are often frozen in time.

Referencing the temporary memory loss experienced by the mother of All Get Out frontman Nathan Hussey, “Sumter” is a nod to his SC hometown and echoes the greater storyline, addressing people, places, and moments still lingering from the past–I miss it all a little / The long walk to the middle / I fear a part of me left behind / Like when my mother lost her memory / Choking out the family / I wondered if she’d miss what was gone.

A majority of the album came from growing up in small towns that never moved, shared Hussey. “There are these little American towns that just haven’t evolved, and that’s on purpose—the way Bubba still has a Confederate flag on his pickup truck, or how friends and members of my family have perpetuated the small town thing of having kids at 18 and doing drugs. It’s just this cycle that keeps happening.”

Formed in 2007 in Charleston, Hussey— the only original member left in the band, joined by guitarist Kyle Samuel, bassist James Gibson, and drummer Dominic Nastasi—recorded the majority of the album in May 2021. “We wanted to make a record where I got my voice, as the writer, heard first, and then we tacked on everything else,” said Hussey in a statement. “This is more of a songwriter-y record, and that’s on purpose.”

Hussey, who left SC to move to Texas and then moved back to his home state, says there are infusions of earlier memories powdered throughout the 10 tracks of Kodak, including an exploration of the history of South Carolina, and a revelation of what he always wanted All Get Out to become.

“This album is either who I am or where I came from or a combination of both,” said Hussey. “I’m very slow to evolve, and that’s part of the record as well. Not to get to meta, but it takes me a long time in life to get there sometimes. I don’t know if I manage to reconcile my past with my present, but it’s definitely been brought to attention – and that’s what was so important about this record.” 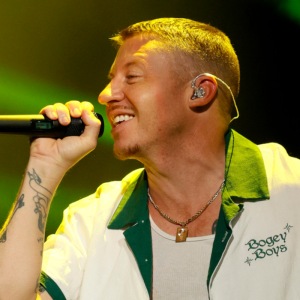