Gerry Beckley isn’t the kind of artist to rest on his laurels, but one could hardly blame him if he did. After all, his now-50 year career with America alone is enough to ensure his musical immortality. With any number of hit albums and singles crowded the upper reaches of the pop charts throughout the ‘70s and early ‘80s, their credence was confirmed many decades ago. And though recent releases have mostly consisted of archival offerings, they remained a constant concert draw prior to the pandemic when their remaining shows were postponed.

While Beckley’s erstwhile partner Dewey Bunnell has been willing to ride that wave— the third member of the trio, Dan Peek, left the group in 1977 and passed away at age 60 in 2011—Beckley’s never been content to share his songs only within America’s cloistered confines. He’s released nine albums to date, including a collaboration with Chicago’s Robert Lamm and the late Carl Wilson of the Beach Boys. His latest effort, Keeping the Light On, released on Blue Elan Records, is a compilation that features 20 tracks drawn from each of his studio albums, along with five songs that were previously unreleased.

Naturally, there are times when the overlap between his individual efforts and his work with America tends to blur the lines in terms of sound and structure, but overall there’s a more intimate approach taken on his solo songs, one that requires one to lean in and listen in order to appreciate the nuances and the niche. While songs like “Life Lessons,” “Home Again,” and “Tokyo” would easily find a fit on an America album, the mournful “Calling You” and the Celtic-like influences shared  in “(I’m Your) Heart Slave” take the music beyond that template entirely.

Having moved to Britain in 1967 with his family—his father was the commander at an American Air Force base located near London—Beckley was fortunate enough to witness the English rock renaissance that took place in the U.K. between the early and late ‘60s. “I remember we would go see shows at the Lyceum in London,” Beckley recalls. “All of a sudden, music was reaching its peak. It was a once in a million occurrence which doesn’t happen very often, but it certainly changed the course of popular music and planted a seed. I remember my dad telling my mom after I graduated from high school that I had my heart set on this music thing, and indeed it wouldn’t let go”

That part of the story and what would follow is of course well known, but Beckley’s solo work remains a secondary sidebar that many fans are unaware of entirely. That, and the fact that he’s one of only two prime players at his day job, might lead one to ask why there’s any need to pursue a solo career in the first place.

“Dewey and I always defer to each other for any major decisions that the group makes,” he explains. “The world of America has basically turned into my livelihood, which is a gift, but other than the occasions when somebody comes to us and says ‘I think it’s time for a new America album,’ we don’t have occasion to record as much anymore. But I’m always writing, and I end up with an abundance of material.  So I have all this extra material. I’ve always had a studio in the house, so I’ve been recording for several years straight. I don’t mean to say that I always do all of it for any reason other than sharing it between the two of us, but it’s one of my main preoccupations, and that’s why I end up with a bunch of material.”

Beckley does concede that his solo efforts do have a certain limitation as far as pushing and promoting are concerned. “Our touring schedule with America is so packed, and while I would love to do some solo shows, there’s really not much opportunity. Before things shut down for covid, we were doing 185 shows a year. That’s a lot of shows. Maybe we could pick a song or two of mine and toss it in the mix. I think we’ve done that a couple of times, but we have so many songs that we have to do—“Horse With No Name,” Daisy Jane,” Sister Golden Hair”— I don’t know if they would really find a fit.”

Regardless, Keeping the Light On offers anyone who is inclined to dig deeper into Beckley’s work ample opportunity to discover the sensitive and seductive sounds he procures on his own. With the group on hiatus from touring and any future new music uncertain at best, it offers an excellent opportunity for the band’s fans to get a taste of the band’s trademark soft rock sound while also catching up on Beckley’s rich repertoire all at the same time.

(For the record, when asked, Beckley mentions that it’s been suggested on several occasions that Bunnell attempt an individual outing of his own. He’s always demurred, insisting that he’s never had any real interest in pursuing any possibilities beyond the band.)

As for Beckley, he still cherishes the time spent making music with his partner and looks forward to resuming the tour that was cut short by the pandemic. “It is a hassle these days,” he concedes when asked if he still enjoys touring. “Security wants to see your ID, so you can’t just wing it at the last minute and get on board the plane. You’ve got to be at the airport hours early, and when you change planes, you have to sit for hours during layovers, and that’s a real pain in the ass. But having said that, there’s just nothing better than having a sold-out theater where you’re reminded that these are the people that basically put your kids through college and supported you for half a century. This may be their one chance to hear you, so you better not have an off-night. My point is— despite the traveling and all the other logistics, I still find that there’s still nothing more rewarding than playing for your fans.” 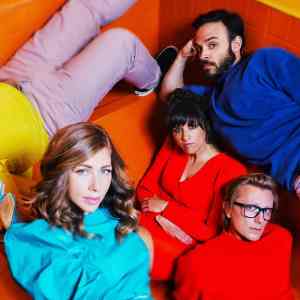 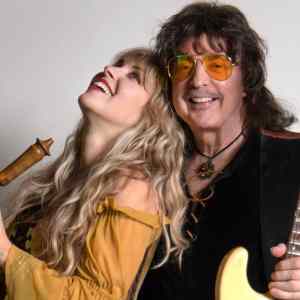