You don’t share the stage backing legends like Ray Wylie Hubbard and Joe Ely by mistake. Then again, when you have the kind of talent Jeff Plankenhorn does, you don’t spend your entire career solely backing up legends either. At some point, you step out and become one yourself.

Admittedly, the word ‘legend’ might be a bit much in describing Plankenhorn, but it’s not entirely undeserved. A multi-instrumentalist and slide guitar virtuoso, be it studio work or performing as part of a band, Jeff has been about as in-demand as any musician can be. Still, after roughly twenty years shining for other artists, Jeff decided to cut the cord and transition from sideman to solo artist. In the past few years, Plankenhorn has combined a broad array of genres from soulful rock and folk to blues, country and bluegrass, becoming nothing short of an Americana staple.

Ohio born and Austin based, Plankenhorn and his wife have spent most of the last year holed up in his wife’s native Canada waiting out Covid-19’s stranglehold on the world. In that time, he’s continued writing and performing on his Patreon page to the point he’s ready to go with a new project meant for the world to enjoy.  With his new upcoming EP, Covered/Uncovered Vol. 2, locked, loaded and ready for release, American Songwriter is proud to premiere the first cut from that collection in “Murder of Crows.”

“This song was inspired by a lonely walk in Beaver Lodge Protected Lands in Campbell River, BC,” he explains. “CR is where we have been waiting out the pandemic. A much safer situation than Texas, near family, and where we are used to spending half the year anyways.

“On this walk, I came upon a decent sized murder of crows. When walking there with my wife, we don’t normally see these crafty blackbirds. We’ve seen bears, woodpeckers, hell we’ve seen lots of other critters and creatures (no scorpions or copperheads mind you). As I stumbled down the path, I noticed a few of them were following me,” he continues. “Before I knew it, I felt a bit cold inside. ‘What the hell are they after?’ was really all I was thinking. Soon I started thinking, ‘…well, is it really a bad thing to have a murder of crows flying with you?’ I supposed it depended on the situation. The story of Sonny, who ‘seeks oblivion out beyond the pale, picking up nickels in a hurricane,’ was born.”

With the song’s seeds planted, Plankenhorn reached out to Gabriel Rhodes.  Having previously collaborated with Rhodes on a handful of tunes such as “Further to Fall” and “Bird Out On 9th,” his initial feeling was Rhodes was the right guy to help him bring the song to fruition. Sometimes things fall into place and gut instincts are right. Other times, they fail miserably. In the case of “Murder of Crows,” Rhodes was exactly the right guy Plankenhorn needed to bring the song home.

“The guitar riff he sent to me on a voice memo from his phone was how we got started, and which we actually ended up using on that recording in the song,” says Plankerhorn. “That original feel he provided was what I wanted and no amount of me trying to recreate it would work. Somewhere between Bluegrass and Tom Waits I’d say. His guitar flatpicking interwoven into the song is brilliant. I love his tone. The percussion was done brilliantly by Pat Manske, and he also engineered as I played all the other instruments (Oahu acoustic square neck lap slide, rhythm guitar, lead and harmony vocals, upright bass, etc.)”

So exactly what the hell was it those crows were after? Was it bad for them to be flying with him?

“Sonny, like me, just isn’t sure whether or not a murder of crows flying with him is good or bad,” tips Plankenhorn. “He knows it’s a trip though.” 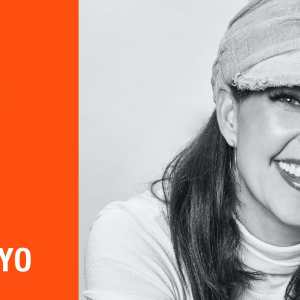 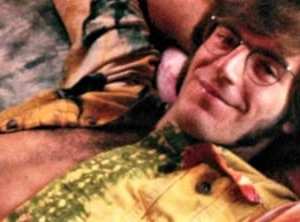