“I grew up actually wanting to be an astronaut,” Anne Wilson tells American Songwriter, “and work for NASA.”

Growing up in Lexington, Kentucky, Wilson found she had a knack for math and science; she possessed a natural aptitude when it came to the STEM disciplines. She loved to make sense of the world around her and gaze up at the stars on clear nights. As a practicing Christian, Wilson also desired to explore God’s creation—like space.

Her pathway through life seemed all but decided until one event altered the trajectory of her life. In 2017, Wilson’s brother Jacob passed away in a car accident at twenty-three years old. In the wake of his death, Wilson began to sing in honor of him. And, as it turns out, Wilson was pretty good at it.

Just a few years later, Wilson released her debut single, “My Jesus,” and found enormous success among the Christian music community and the broader community. The song rocketed to the number one position on the US Hot Christian Songs chart, the Bubbling Under Hot 100 chart, and all while racking up millions of streams. The song itself describes a faith that comforts and consoles when the weight of the world feels too heavy. It’s also a faith for anyone in any phase of life, Wilson explains, and that’s why so many have resonated with its message.

Are you past the point of weary? / Is your burden weighin’ heavy? / Is it all too much to carry? / Let me tell you ’bout my Jesus, Wilson sings on the track.

And a little over a year after its initial release, “My Jesus” still carries the same, if not more, importance for Wilson. “When I wrote that song, I was proclaiming what God had done in my season of grief was losing my brother. But that song has a meaning and every season of life,” she explains.

“​​People are just so drawn to the song… [because] we can proclaim those lyrics and sing that song no matter what we’re facing, what we’re walking through,” Wilson adds. “And that we can be confident that Jesus is going to get us through it and pull us through the depths of our pain and suffering.”

Encouraged by the results of releasing “My Jesus,” Wilson set her sights on bigger releases. In August of 2021, she dropped a five-song EP titled My Jesus (Live In Nashville). The EP contains Wilson’s favorite song that she’s released to date, “No Place Like Home,” which she wrote with songwriters Jeff Pardo and Matthew West. “No Place Like Home” also appears on Wilson’s latest release, her full-length album also titled My Jesus. The record features new sides of Wilson’s artistry and new collaborations, but the same graceful country grit from Wilson we’ve all come to adore.

The album opens with an epic 58-second prelude (appropriately called “Prelude”) that seamlessly flows into the next track on the record, “Scatter.” When explaining the progression of these two tracks, Wilson remembers that it stemmed from her live performances. “We would always want an intro track for me to walk out on,” Wilson explains. “And so we started playing that [‘Prelude’] at shows and then going right into ‘Scatter.’

“I’ve always been one of those artists where I want to set the scene and the vibe and the aesthetic,” she adds.

Once you’ve been drawn into the blissful depths of this record, you’ll inevitably hear “Mamas,” featuring Hillary Scott, the co-lead singer of the country group Lady A. “‘Mamas’ is definitely my second favorite song I’ve ever written,” Wilson states. “I think ‘Mamas’ is a song that really speaks a lot to different people. I think mother-daughter relationships are really great for some people, and they are often not for others. There’s a lot of brokenness in every mom-and-daughter relationship. And I wanted to write a song that obviously spoke greatly about my mom [because] she’s amazing, but also was able to love on those who don’t have a good relationship with their mom.”

In addition to “Mamas,” songs like “Mansions” and “Sunday Sermons” fill your soul with feelings of absolute connectedness. Wilson consequently likes to dub this collection of songs as being “country, deep, and light.”

“I think these songs definitely got me through some really hard seasons over the past two and a half years,” Wilson says. “I think it’s cool because all the 14 different songs speak to me in different seasons of my life and have spoken to me and I know they probably will speak to me again. It’s just cool to be able to see how God uses your own songs that you write in order to not only give to other people but to give life back to yourself. I think it’s a really sweet thing.” 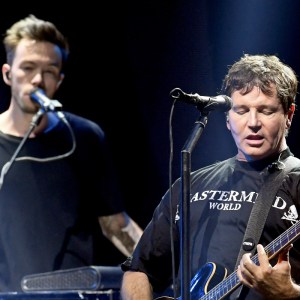 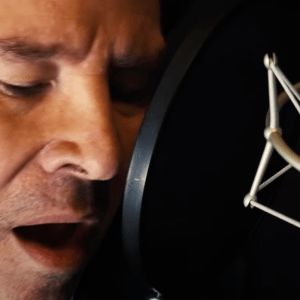