Eminem, Outkast and Kings Of Leon were the big-name headliners at this year’s Lollapalooza festival, held in Chicago’s Grant Park from Aug. 1–3.

Lollapalooza began as a touring festival, playing cities in North America from 1991 to 1997. After a decline in the late ’90s and early ’00s, the festival eventually found its permanent home in Chicago in 2005, marking this year as the festival’s 10th anniversary.

On Friday, Arctic Monkeys performed on the Bud Light stage, the festival’s second largest, on the northern end of the park.

Arctic Monkeys have received steady airplay on Chicago’s triple-A station WXRT-FM, and the British band’s profile in the United States has been growing steadily in recent years.

Their Friday night slot at the festival put them in direct competition with Eminem (who also headlined the fest in 2011), drawing fans to the Samsung Galaxy main stage at the park’s opposite end.

Opening with three songs off the new album—“Do I Wanna Know?,” “Snap Out Of It” and “Arabella”—the band jumpstarted the crowd.

“I’m gonna tell you about a girl called Arabella,” said frontman Alex Turner, sounding every bit an international man of mystery. At other points during the show, he pulled out a comb and slicked back his hair, and often thrust his hips in sexual innuendo.

The group’s older material didn’t have quite the punch and freshness of the songs on AM, but the snarky lyricism of favorites like “Don’t Sit Down ’Cause I’ve Moved Your Chair” (from 2011’s Suck It And See) and “Crying Lighting” (from 2009’s Humbug) still resonated with the audience.

Among the other highlights from AM were “Knee Socks,” “Fireside,” “Why’d You Only Call Me When You’re High?”

“I Bet You Look Good On The Dance Floor,” from the group’s 2006 debut, Whatever People Say I Am, That’s What I’m Not, was another highlight of the group’s 90-minute set.

Earlier that evening on the same stage, 17-year-old Ella Yelich-O’Connor, aka Lorde, proved to be a charismatic performer. She was comfortable on the big stage, often throwing her head back in ecstasy or swishing her brown locks.

With just a backing duo—a live drummer and keyboardist-programmer—Lorde brought out a large, loyal crowd. “In all chaos, there is calculation,” she sang on opener “Glory And Gore,” seeming aware of how she’d arrived at fame so quickly.

“Chicago it’s such a pleasure to be here—there are so many of you,” she told the audience in disbelief. “This is so nice,” she added, pointing out the trees and fountain in the near distance.

The minimal “Biting Down,” from 2013’s The Love Club EP (Virgin/Universal), featured an erratic, whirring beat and the morbid lyric, “It feels better biting down.” Lorde co-writes her songs with producer Joel Little, and their music can move from painfully slow tempos to upbeat pop hooks, showing a broad stylistic depth.

Among the strongest songs in the set was “Tennis Court,” from Lorde’s debut album, Pure Heroine (Universal), featuring quick-fire lyrics and evocations of high-school life.

“I’m lost for words. That doesn’t happen to me often,” she told the crowd before singing “Ribs.” “That’s so crazy that the gods decided that this many of you want to come hang out with me. I can see [people in the crowd who remind me of] friends from back home,” she added, during an uninhibited but sincere moment.

Megahit “Royals”—which took home the Song of the Year honors at the 56th Annual Grammy Awards earlier this year—came toward the end of Lorde’s set. A response to the excess of today’s pop songs, the song took on an added irony at the pop culture-embracing festival.

“Let me be your ruler, you can call me Queen Bee,” Lorde sang, and the people were ready to follow. 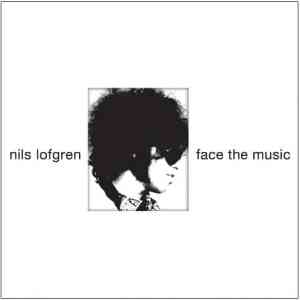