Even earlier than most kids, Aubrie Sellers knew she needed to forge her own identity. That’s a common trait among the offspring of entertainment royalty; when you grow up under fame’s large shadow, you either find a way to step out of it, or risk getting swallowed.

But it’s not the apple’s fault it falls close to the tree; nature and nurture are powerful forces. So ignoring inherited talent and lifelong learning doesn’t make sense, either.

“I always thought I was gonna do music,” Sellers explains via phone. “[But] acting was the main thing that I had for myself that no one else in my family did.”

She started taking acting lessons when she was 8, and even though she’s releasing her second album (which we reviewed yesterday), Far from Home, on Feb. 7, she’s still actively pursuing roles. She even moved from Nashville to L.A. two years ago, intent on “getting out of my own house and expanding my horizons a little bit — and surrounding myself with some new energy.”

“I’m loving it,” she adds. In December, Sellers appeared in a production of Love Actually Live. (Rolling Stone said her performance of Joni Mitchell’s “River” was “show-stopping.”)

And yet, Sellers opted to leave L.A. to record Far from Home. She didn’t head back to Nashville, however; the album was tracked at the famed Sonic Ranch in El Paso, Texas. For someone who considers herself a “duel citizen” of Nashville and Texas (her mother, Lee Ann Womack, father, Jason Sellers, and stepfather, Frank Liddell, are all Lone Star State natives), that’s not completely farfetched. But it’s not why she and Liddell chose to coproduce the album just miles from the Mexican border.

“I went there because I felt like it really fit the vibe, and where my head was at,” Sellers explains. “And also, it’s such a great thing because you can go and you all stay there together, and for however long you’re tracking, you’re there. You’re not distracted by anything else. You’re not going anywhere else. So we kind of lived in it. And I’ve been listening to a lot of surf rock and what I consider in my brain to be desert music, like Tarantino soundtracks and a lot of that kind of stuff.”

That’s evident in tracks such as “Troublemaker” and “Going Places”; Sellers says the latter tune in particular represents the sound she sought. But the album also carries enough synth-induced tweaks and torque-y twists to fit nicely into term she’s been using to describe her music since she released her 2016 debut, New City Blues: “Garage country.”

“I think if you play me for a pure rock audience, they’ll go ‘Oh, that’s 100 percent a country artist,’” Sellers says. “And if you play me for a hardcore country crowd, they go ‘Oh, well, she sounds rock!’ So there is no clear definition, and I kind of made my own lane. It’s the same for the artists I listen to. Being one facet of myself would be limiting to me; it would be almost dishonest. I have so many different influences and so many different styles that I love, to force myself to be one of them would be misrepresenting who I am. And I think that’s what makes a unique record: for someone to embrace all the facets of themselves.”

As myriad college radio stations have proven, listeners can appreciate many musical styles. To Sellers, that affirms why Americana has become so popular; it embraces artists who don’t fit narrower genre definitions. Sellers jumped aboard with an impressive AmericanaFest debut in 2016, commanding the stage at Nashville’s Mercy Lounge with her sultry, smoldering presence. At 2019’s AmericanaFest, she shared her new material from the same stage.

In recent years, Sellers’ mother also has become an AmericanaFest regular, and frequently hosts shows featuring many guest performers. Sellers isn’t one of them, even though the pair shared a 2015 duet with Dr. Ralph Stanley on his last album, Ralph Stanley and Friends: A Man of Constant Sorrow. They’ve shared bandmates, too; Sellers’ guitarist, Ethan Ballinger — also her boyfriend — played with Womack first, and singer-songwriter Adam Wright worked with Sellers before her mom snagged him. (Both contribute to the album as cowriters and players; in fact, the only instrument Sellers plays on it is synthesizer, because, she says, with Park Chisholm and Chris Coleman, she already had four stellar guitarists.) They’ve even shared their producer; Liddell also helmed Sellers’ debut, as well as most of Womack’s albums since I Hope You Dance, her breakthrough release.

“It’s inevitable that we’re going to be compared,” Sellers says. “We sound similar vocally. But I’ve tried to really stand on my own and not use that as a selling point or anything in what I’m doing.” Of course, she’s grappled with the question before, yet still searches for a way to define the desire for independence without minimizing their bond or her respect. Finally, she says, “While I admire her, obviously — I think it’s great to be compared to her, I mean, she’s a wonderful artist — but when it’s your mom, and you grew up around that, you really are trying to distinguish yourself as an artist.”

And Sellers isn’t lacking for touring time with a country legend. She’ll take a break from opening for Robert Earl Keen to celebrate her album release with Tanya Tucker and Brandy Clark at New York’s Town Hall, then joins Tucker’s CMT The Next Women of Country: Bring My Flowers Now tour in June for several performances.

Speaking before Tucker’s Grammy wins for Best Country Album and Song, Sellers notes, “She’s having such a resurgence right now that people who have probably never heard of her before are listening to her, which is incredible. … It’s really cool that they’re using her as the centerpiece, and then bringing some of us newer artists out there to be exposed to her audience.”

Sellers has also toured with Miranda Lambert, and it’s not off-base to suggest Sellers’ delivery on Far from Home occasionally carries reminders of Lambert’s — especially when considering that Liddell produced every Lambert album until her latest.

Sellers chalks it up to the fact that they share similar influences. “We grew up on a lot of the [same] East Texas country, as far as country influences,” she says. “I think some of my rock influences are very different from Miranda’s, but she was very inspired by rock-leaning country, like Steve Earle and some of those original outlaws. … And I love her records, so I completely admire her and I welcome the comparison.”

As for Earle, Sellers is downright rapturous about him — so much so that when he agreed to duet with her on “My Love Will Not Change,” the album’s only cover, she freaked out a bit.

The song was penned by Shawn Camp and Billy Burnette, each of whom recorded it. But the Del McCoury Band’s more widely known bluegrass version is the first one she heard.

“I really love bluegrass songs and their simplicity, and I think that they actually really easily translate into rock songs in a certain way; rootsy rock,” Sellers says. “So that was kind of my vision for this song, and I put my own spin on it, and I was like, ‘Who could sing this song with me?’ He was the only person I could think of. He’s just so perfect for it.”

She asked a mutual friend to help her reach out. “And he agreed, and I was shocked,” she admits, adding, “It’s one of my favorite things I’ve ever done.”

For a woman who’s grown up with celebrities and toured with one of country’s biggest stars, it seems like a surprising reaction. But it wasn’t about fame, she explains. “He’s a legend to me. I grew up admiring him so much for his music, and I really do listen to his records so much … I was just so pleased that he actually agreed to do it.”

When it’s pointed out that he’s also a Texan, she laughs and says, “Exactly!” And when it’s also noted that she’d already recorded with an even bigger legend, she says, “Those would be my two favorite country/bluegrass artists ever, so yeah, the bar has been set very high.”

But as far as she’s concerned, it’s not about legend, either. It’s about the music, and the emotion behind it.

“What I value is straightforwardness in songwriting, because I feel like if it’s coming from an emotional place, an honest place, that’s what people connect to,” she says.

Speaking of connecting, there is one thing Sellers wishes she could share more with her mother: Shoes.

“She has this amazing shoe closet and I can’t wear any of them because I’m bigger than her,” she laments. Then again, while Sellers’ music tastes may be edgy, she admits she’s not into the sky-high, spike-heeled platforms her mother often sports onstage. 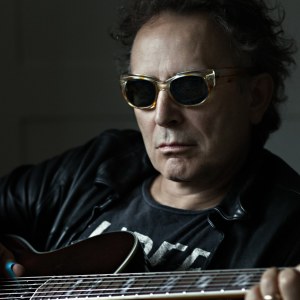 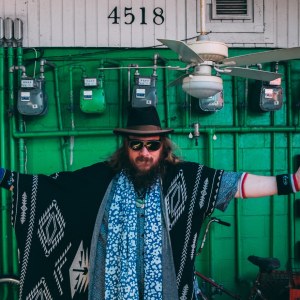