The way songwriter Baby Tate (born Tate Sequoya Farris) thinks about it, music first came into her world the day she came into the literal world. Tate’s mother, after all, is Dionne Farris (of crossover hit, “I Know,” fame). Her father is a former music producer, though she didn’t have much contact with him growing up. Yet, for Tate, songs were always around. There was no time without them, she says. Her mother could see an interest in her at a young age, and so Tate was enrolled in a performing arts school, from elementary through high school.

Tate is one of those people who has always known what she’s wanted to do. For her, it was never a “doctor” or a “lawyer” when asked about her future. It was always a singer. Now, that supreme focus and dedication have paid off: Tate is a recent signee to Warner Music and today (Nov. 12), the artist has released her newest single, “Dungarees,” from the upcoming soundtrack for the new Halle Berry film, Bruised, which itself also features artists like Cardi B and H.E.R.

“I’m super-excited about this song coming out,” Tate tells American Songwriter. “It’s a song that I’ve actually had on my laptop for about a year-and-a-half. I made it during the pandemic when the pandemic first started. I love the song so much, I just didn’t know what to do with it.”

But when Tate got the call from Warner and the Bruised team, she immediately knew now what door the “Dungarees” key would unlock. Tate performed the song at a show on Wednesday night (Nov. 10) and she said the crowd went wild for it. She’s also quick to mention her gratitude when it comes to being included in the all-women Bruised soundtrack, which was executive produced by Berry and Cardi B. The achievement is a far cry from the days her mother wouldn’t let her release music.

“My mom didn’t want me to put music out [while still living] in her house,” Tate says. “She definitely wanted me to focus on school, but she also didn’t want me to get into a business that I didn’t know anything about at the time, because I was still in high school. If I were to get into music that young, she would have to be the person guiding me through it.”

Tate’s mother wanted the industry to be her daughter’s choice, not hers. Once Tate turned 18 though and started to venture out and make her own way, Farris was quite supportive. By then, Tate was even more sure of her goals. She’s a dedicated worker, one who lives by the maxim–take advantage of the time you’re given.

“So that’s what I started doing,” Tate says. “I started putting music out, putting it out there, hoping it would take off. And here I am.”

Aside from her literal home growing up, Tate’s larger home city of Atlanta, Georgia was integral in her creative upbringing. The city is rich with culture, diverse, colorful, and full of music. To some, Atlanta is known as Hollywood East. And Tate credits the strength of her artistic eye and ear, in part, to just living in the city.

“Atlanta is also very Black and so I grew up around people who were just as talented as me but they also looked like me, too,” Tate says. “So, it gave me representation—that I can do this. I can be where I’m from, can live on the street I live on and still, be extremely successful.”

While the city is similar to Hollywood in the number of television shows, movies, and music that is produced there, Tate is quick to say the place is also “down to earth,” a place where everything is accepted, from the most expensive threads to the most experimental. People are people and as such, there is a palpable absence of social judgment, says. To wit, Tate allows herself to experiment with her music, swinging between genres and emcee styles. Tate, who was signed to Issa Rae’s Raedio Label before later signing to Warner, is an accomplished R&B singer, as well as rapper—even if the journey to the latter was a path of least resistance.

“I started off singing way more,” Tate says. “The reason I started rapping more is because I was being lazy [laughs]. It is so easy in my opinion to make rap beats. At the time, I was producing 100-percent of my own music. To make a rap beat is so much more simple than making an R&B beat. So I started rapping a lot.”

In discovering her knack for producing as well as producing rap beats, Tate has unearthed more talents, more tools in the proverbial toolbox, that she can utilize in the studio or on stage. She sings, raps, produces and she aims to keep doing it all as her career continues to unfold. For her, singing is like second nature, but so is much more of it, apparently. And it’s that natural fuel combined with her penchant for always pushing the ignition that keeps her propelling forward.

“I feel like stopping is not an option for me,” Tate says. “Keep going, keep building. Push myself as far as I can. I’m a very hard worker because I have so many goals I want to meet. In order to do that, you have to work. It’s not just given.”

For Tate, it’s about those moments of freedom that come only after a long, long workday, workweek, or work lifetime. From the very beginning, Tate saw the example in her mother, and in the city in which she lived. She saw what was in her mind and knew it had to be unleashed unto the world. Now she’s collaborating with Cardi B and Halle Berry. What a gift. 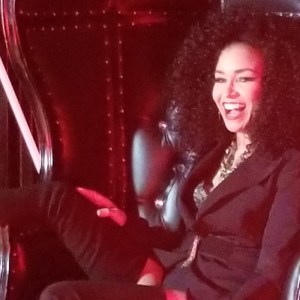 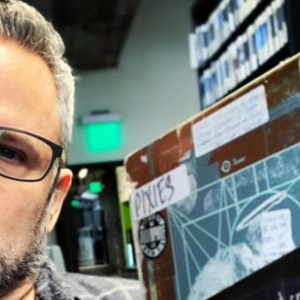