Rhonda Smith, bassist and longtime collaborator of artists like Prince and Jeff Beck, has released her first solo material in 15 years with “Won’t Come Back.”

A long time coming since Smith’s 2006 album RS2, “Won’t Come Back” encompassed everything the Canadian musician has captured throughout a more than 20-year career crisscrossing genres, recording and touring with Prince and Beck, and her work with artists Beyoncé, Chaka Khan, Erykah Badu, and Lee Ritenour.

Studying jazz performance at McGill University in Montreal, Smith jumped into her career working with Canadian artists Daniel Lavoie, Claude Dubois, Joanne Blouin, and Robert Charlebois and soon began working with Prince, after a random meeting with his longtime collaborator and band member Sheila E at a convention in Germany.

In 1995, Smith won a Juno Award for Best Contemporary Jazz Album for her work with Jim Hillman and The Merlin Factor, and in 2000 released her first solo album Intellipop.

By 2020 Smith found herself in a reflective mode during the pandemic, one that made her revisit her own music, featuring more fretless bass, something the artist says is missing in most contemporary music.

“I wanted to hear more fretless bass in contemporary music so I wrote ‘Won’t Come Back,’ a futuristic love song about a love that couldn’t last,” Smith tells American Songwriter.

Produced by longtime production partner and multi-instrumentalist Joey “Papa J” Sommerville, along with drummer Lil’ John Roberts, the drum-and-bass fueled “Won’t Come Back,” is rolled around soulful jazz and funk-pop and punctuated by Smith’s lush vocals and impassioned lyrics.

“I wanted a minimalistic arrangement to emphasize the words, the melody, and the tones of the fretless bass,” says Smith, who wrote the song using an iPad and GarageBand.

Smith adds, “Life, Love, and the fretless bass inspired me to write this song. It’s an emotional subject and an emotional instrument.” 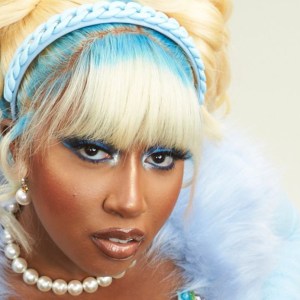